As Indian Ambassador to Nepal Manjeev Singh Puri left Nepal completing hid tenure, India is yet to decide his replacement 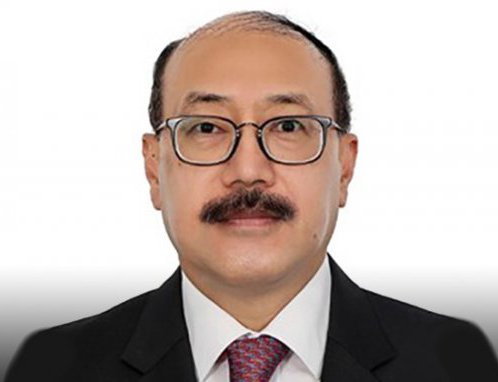 With the appointment of Harsh Vardhan Shringla, Nepal expert, as New Foreign Secretary by Indian government, people have started speculations on who will be his choice of new ambassador to Nepal.

The government has named Harsh Vardhan Shringla, currently serving as India’s ambassador to the US, as the next foreign secretary. Shringla, a topper in 1984 batch of the civil services is likely to take over soon after Republic Day, 2020. Shringla will take over from the incumbent, Vijay Gokhale, an expert on China and East Asia, who succeeded S. Jaishankar as foreign secretary in January 2018.

Jaishankar was appointed external affairs minister by Prime Minister Narendra Modi in January 2015, and unusually, got a year’s extension in the job. Serving in several positions in South Asia and South-East Asia, Shringla served as ambassador to Thailand and high commissioner to Bangladesh, before taking over as ambassador to the US.

During his carrier, he was also joint secretary in charge of the Bangladesh, Myanmar, Sri Lanka, Nepal, Maldives division, so would have a deeper understanding of the neighborhood, which is of primary concern to the government.

With a new foreign secretary in the wings, the government might wait to nominate officials to many key posts including Kathmandu.

“We are extremely pleased to congratulate our long-time friend and colleague, Ambassador Harsh Vardhan Shringla, on his appointment as the Foreign Secretary of India. As one who has attempted to study Indian Foreign Service (IFS) that is taken as one of the best professional services of the world, it is a matter of extreme satisfaction that someone who knows us so well, is taking over as the numerous uno of the IFS. We wish Shringla all the best in his new and most challenging assignment,” writes Madan Kumar Bhattarai, former foreign secretary of Nepal in his face bookwall.

As India is currently focusing on its neighborhood countries including Nepal where it has lost its political clout following the political change of 2006, how India’s new foreign secretary will pursue its policy towards Nepal remains to be seen.

With the rise of communist factions in power, Nepal is a hostile ground for India. In recent Kalapani disputes, the hostility are against India was openly played at the street of Kathmandu despite statement of India calling dialogue. New foreign secretary of India will have to start dialogue on the agenda.

EU And Nepal To Close The NEARR Facility By NEW SPOTLIGHT ONLINE 4 days, 3 hours ago