Protests Continue Into Second Day In Tehran after Iran admits it mistakenly shot down plane. 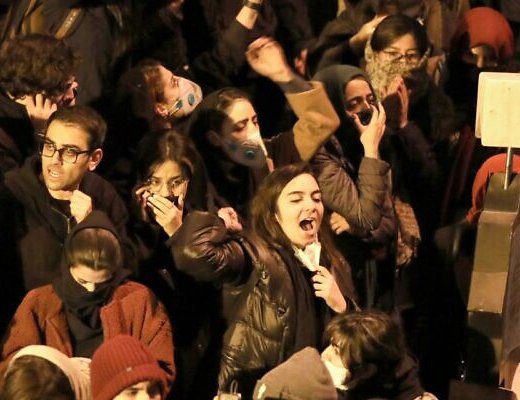 Protesters lashed out at the Iranian government following its admission it accidentally shot down a passenger plane.

Protesters gathered on Sunday for a second day of demonstration in Tehran despite heavy police presence. Protesters called for the ouster of senior government officials after Iran's Revolutionary Guard admitted it accidentally shot down a Ukrainian International Airlines passenger jet, killing all 176 on board.

On Saturday, the head of the Revolutionary Guard's aerospace division said his unit accepts "full responsibility" for the crash on Monday. Iranian officials had earlier denied that it had shot down the jet.

President Donald Trump tweeted support for anti-government Iranian protesters in both English and Farsi Saturday evening, writing, “I’ve stood with you since the beginning of my Presidency, and my Administration will continue to stand with you. We are following your protests closely, and are inspired by your courage.”

Ahead of shooting down the plane, Iran responded to Soleimani’s death with missile strikes on US positions in Iraq; the government said “human error” led to military officials mistaking the aircraft for an enemy plane in the wake of those strikes.

At the protests, Iranians chanted “commander-in-chief resign,” referring to Supreme Leader Ayatollah Ali Khamenei, and “death to liars.” Some also chanted, “They are lying that our enemy is America, our enemy is right here.”

Iranian security forces reportedly broke up the protests using tear gas. It isn’t clear how many people attended the demonstrations, or how widespread they were. Iran’s semi-official news agency, Fars, said there were roughly 1,000 people protesting, however, given that the agency is seen as being pro-Iranian Revolutionary Guard Corps, it is possible the number was higher.

This weekend’s anti-regime protests are the first in Iran since the airstrike that killed Soleimani. Last year, however, thousands of Iranians took to the streets to protest a sudden 50 percent rise in gas prices, and difficult economic realities more broadly. The rise in fuel prices came two days after Iranian President Hassan Rouhani announced that the government faced a deficit that amounted to nearly two thirds of its $45 billion budget.

Iran has been hit hard by economic hardship, in large part due to heavy sanctions imposed by Trump, but the demands of the anti-government protesters were obscured earlier this month by the thousands who turned out for Suleimani’s funeral and anti-US protests that followed.

Rockets Rain On Tel Aviv As Violence Expands By Agencies 7 hours, 8 minutes ago

Concerns Rise Over Tensions In Jerusalem By Agencies 1 day, 7 hours ago