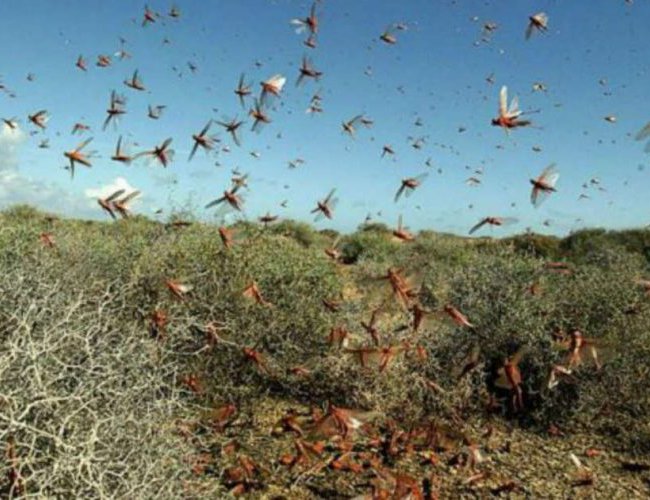 The otherwise nemeses, India and Pakistan in the past few months have had three back to back meetings to deal with the one common enemy- the very intrusive desert locust.

Back in 2019, multiple districts of Rajasthan and Gujarat faced huge damage to standing crops.

As per reports, there is a forecast of a bigger invasion of even greater magnitude, June onward if compared to the last year.

As per agriculture ministry, it is also predicted that, invasion could occur in scheduled desert area (2 lakh sq km) of India in June 2020 with advent of Monsoon by spring-bred swarms from southeast Iran, southwest Pakistan and the Horn of Africa that may be of a greater magnitude than last year.

The Centre is likely to procure 60 specialized sprayers (equipped with latest technology), use helicopters and additional drones for aerial spraying of pesticides.

Meanwhile, the Home, Civil Aviation and Defense ministries have been in touch to enhance our aerial capabilities to deal with the attack.

As a matter of fact, India’s efforts had received a compliment from UN’s Food and Agriculture Organization (FAO) back in 2019.