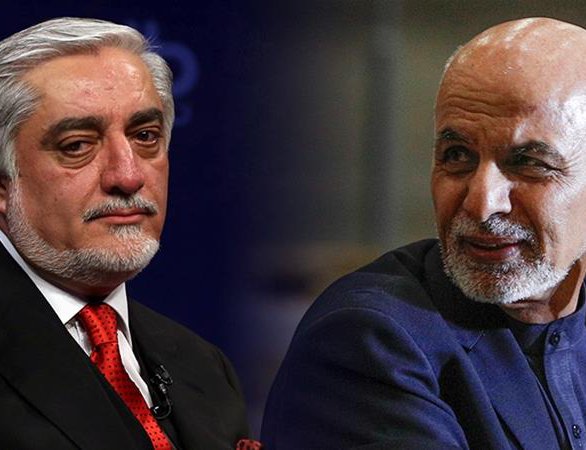 Afghan President Ashraf Ghani has taken an oath for a second term but his main rival Abdullah Abdullah has refused to recognise the inauguration, holding his own swearing-in ceremony, landing the country in a new political crisis.

Abdullah Abdullah rejected the presidential election results announced last month, saying Ghani's win was invalid because of vote-rigging in a repeat of the 2014 elections marred by fraud.

He held his own ceremony coinciding with Ghani's, suggesting talks between the two camps and Khalilzad, the US envoy aimed at brokering an agreement had not been successful.

Earlier on Monday, Abdullah agreed to suspend his swearing-in event on the condition that Ghani follow suit. But Ghani, who was declared the winner of September's election, decided to go ahead with his inauguration.

The two men issued invitations last week to parallel swearing-in ceremonies on Monday, after Abdullah disputed the February 18 decision by the electoral commission and proclaimed himself the winner.

"It seems the international community has sided with Ghani, legitimising his position as the president," Faiz Muhammad Zaland, a political analyst based in Kabul, told Al Jazeera.

Meanwhile, Taliban spokesman Suhail Shaheen told Al Jazeera that the political standoff between the top leaders is "not a good sign for prospects of peace in the country".

Elections Is Just A Month Away: Alliance Is Making Is Making By Agencies 22 hours, 42 minutes ago

US Carries out Airstrikes In Syria By Agencies 23 hours, 4 minutes ago

Australian PM Is Vaccinated As Rollout Begins By Agencies 5 days, 23 hours ago