CHANDRA DHAKAL Candidate With Cause

As Nepal is passing through a major economic crisis, election of Chandra Dhakal for Senior Vice President of FNCCI helps business community 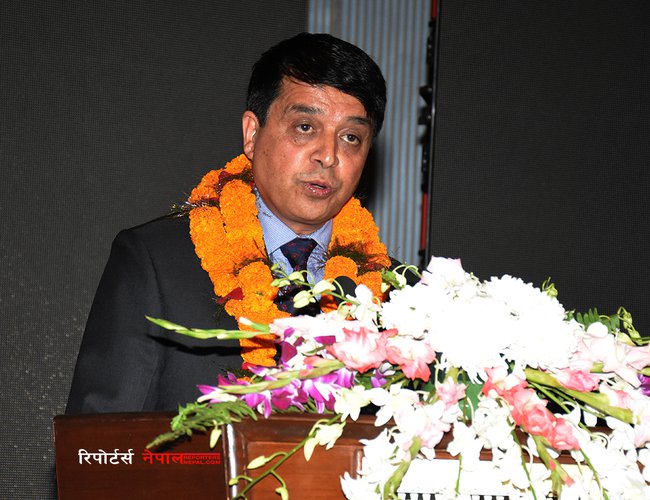 Starting his banking career as the head assistant of Rashtriya Banijya Bank, Chandra Prasad Dhakal has set out on a march to lead the country’s apex body of business people and industrialists.

Leader of an institution with nationwide branches, the chairman of Global IME Bank Ltd, Dhakal has a vision and determination to turn the situation his way. Over the last two decades, he has shown how he could make things better.

“My past work and my past dealing with the members of FNCCI is testimony to show how I can work. The goodwill shown by colleagues, friends and well wishers living in different parts of Nepal is my great asset for elections,” said Dhakal.

Born in a middle class family of Baglung district, Dhakal rose to the present position in a gradual manner. Showing no personal grudge against anybody, Dhakal has tested himself as the most tolerant personality to support and rescue people in need.

As the FNCCI statute has a provision whereby the senior vice-president automatically becomes the president in the next election, aspirants for the post of senior vice-president are seen in a race to win the support of voters of the largest private sector umbrella body and are holding and addressing different public events across the country.

FNCCI’s Vice Presidents — Chandra Dhakal and Kishore Pradhan — have been lately engaged in organizing and addressing mass gatherings as part of their election campaigns.

As current senior vice president Shekhar Golchha will take the charge of president as the provision of constitution of Federation of Nepalese Chamber of Commerce and Industry (FNCCI) from next month, he needs a most dependable and vibrant second vice president to make his tenure successful.

With his own reputation and popularity among the business communities all over the country, Dhakal will be his best choice and right partner. Simple and humble, Dhakal’s advantage is his accessibility to all. One of the best parts of Dhakal is that he always holds the phone. He calls back if he did not find time to hold the phone.

As people in higher position rarely take the phone, Dhakal’s response to people from all walks of life is one of the unique characters only a few people have. 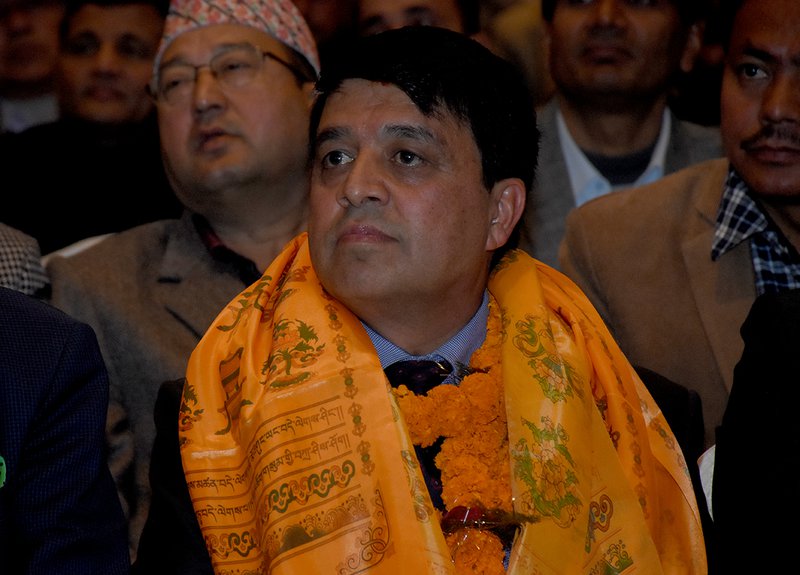 As Vice President of Federation of Nepalese Chamber of Commerce (FNCCI) Chandra Prasad Dhakal announced his candidacy for the post of senior vice president of the FNCCI amid a grand program last month, the presence of people in his support was huge.

At the function attended by a large number of his supporters, Dhakal announced his candidacy for senior vice president in the upcoming Annual General Meeting of FNCCI.

Dhakal, chairman of the IME Group, also announced his programs and priorities. He said that the need of the present is to address several problems faced by industrialists including the need to amend Company Registration Act to make it easy for renewal and cancellation of companies.

Former presidents of FNCCI, district chairs, members and large numbers of supporters heard Dhakal declare that he has a clear vision and priority for the next three years.

He declared his candidacy in the presence of district president of 63 districts, more than 60 chairpersons of corporate bodies and presidents of five provinces.

Known for his simplicity, humble behavior and down to earth nature, Dhakal has many supporters.

The Federation of Nepalese Chambers of Commerce and Industry (FNCCI) is preparing to reschedule its annual general meeting (AGM) set for April 10 and 11 owing to the coronavirus effect.

With his personal strength and peculiar quality, Dhakal’s election will benefit FNCCI to deal with the coming challenges and crises in economic sector where private sector is going to be hit hard.

Nepal’s Economy Projected To Grow by 2.7 Percent In FY2021 By NEW SPOTLIGHT ONLINE 1 week ago