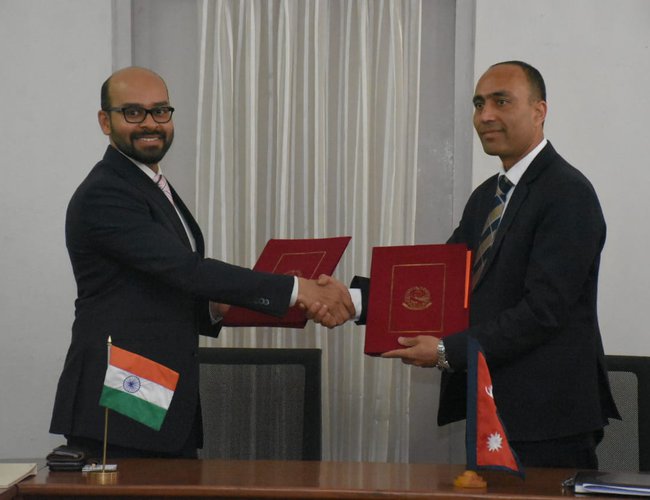 The Embassy of India and the Ministry of Federal Affairs and General Administration signed two Memorandum of Understandings (MoUs), one with the Mahakali Municipality, Darchula and second with the MukhiyapattiMusharniya Rural Municipality, Dhanusha,for the construction of two new school buildings.

Funded by the Government of India, the construction work, including call for tender, award of work and day to day supervision, will be by Mahakali Municipality, Dharchula and Mukhiyapatti Musharniya Rural Municipality, Dhanusha. 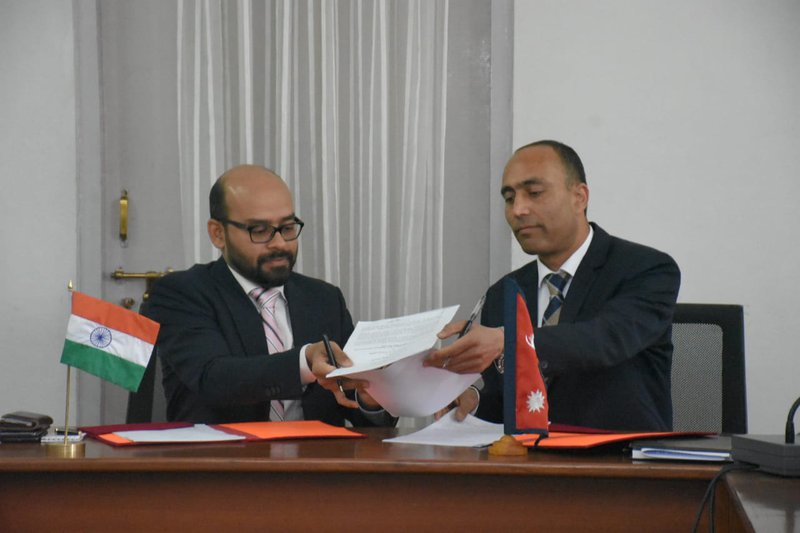 They have been designated as the Implementing Agencies by the Government of Nepal. The projects will be monitored at the federal level by the Ministry of Federal Affairs and General Administration of Government and the Embassy of India.

Apart from the above two schools, Government of India has also committed an amount of NR 33.05 million for the construction of new school building for Shivbhari School, Mahrajgunj Municipality, Kapilvastu.

The Embassy of India handed over a cheque of NR 8.26 million as the first installment to of its total commitment to DCC Kapilvastu in the presence of Mayor of Mahrajgunj Municipality. The school construction work has been awarded to Daya Nirman Sewa Rupendehi by the DCC following tender process.

Government of India is happy to be associated with these projects which complement the efforts of Government of Nepal in augmenting infrastructure in the field of education.

Nepal Has Suspended All International Flights By May 31 By NEW SPOTLIGHT ONLINE 1 hour, 40 minutes ago

DAOs Extend Prohibitory Order In Kathmandu Valley Till May 26 By Agencies 7 hours, 46 minutes ago