Ramadan Starts On Friday Nepal Amid A Lockdown

Ramadan Starts On Friday Nepal Amid A Lockdown 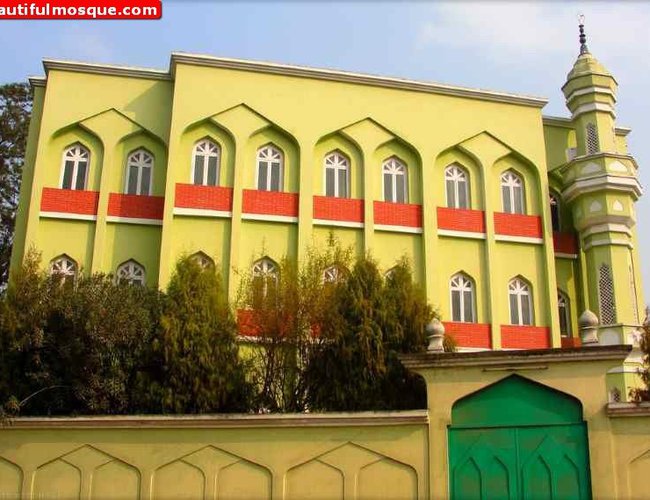 Nepalese Muslims are also observing the Ramadan from today amid a lockdown. With the lockdown in the place, Nepal Government has already issued the ban for a big gathering in all religious and spiritual places.

At a time when large numbers of people with infection are reported from Mosque Muslim community leaders have already urged to make prayer in home and not in a group.

Ramadan is the holiest month for Muslims, in which they fast during daylight hours, congregate for prayers and share meals as a community.

But due to the coronavirus, almost all Muslim-majority countries have closed mosques and asked people to pray at home in addition to imposing curfews to limit the spread of the deadly virus.

Imam of Jame Masjid of Kathmandu and Kashmiri Takiya has already issued the notice not to visit the mosque for prayer. Ministry of Home Affairs is strictly monitoring the activities in the mosque in different parts of the country amid to prevent the spread of coronavirus.

Out of total infection which is 48, seventy percent belong to the community.

Fasting during Ramadan is one of the five pillars of Islam, along with the Muslim declaration of faith, daily prayers, charity, and performing the Hajj pilgrimage to Mecca.

Saudi Arabia has announced that the holy fasting month of Ramadan will start on Friday, as Muslims around the world face unprecedented restrictions and tight lockdowns to counter coronavirus.

In Muslim-majority countries, offices are required by law to reduce working hours, and many restaurants are closed during the daylight hours.

"Based on the sighting of the new month's moon ... it has been decided that Friday is the start of the month of Ramadan," the royal court said on Thursday in a statement cited by the official SPA news agency.

King Salman said he was saddened that Muslims could not pray at mosques because of coronavirus restrictions.

"It pains me to welcome the glorious month of Ramadan under circumstances that forbid us of prayers in Mosques and of performing the Ramadan prayers of Tarawieh and Qiyam in House of Allah. All this is due to the protective measures taken to save lives and human wellbeing in light of the global threat of COVID-19," he said in a statement cited by SPA.

Several Arab countries have eased restrictions on the occasion of the holy month, with Saudi Arabia, the United Arab Emirates (UAE), Egypt and other countries reducing the duration of the lockdowns.

The UAE said on Thursday that it has decided to ease a total lockdown to an eight-hour nightly curfew and also moved to partially reopen malls and markets.

In Egypt, all Ramadan activities, including charity tables and group iftars (meals that break the fast after sunset), are banned.

Meanwhile, Pakistan will allow congregational prayers at mosques during Ramadan, but worshippers must keep a distance of two metres (six feet) from each other and are encouraged to bring their own prayer mats.

At Jerusalem's Al-Aqsa Mosque compound, which will be closed to Muslim worshippers throughout Ramadan, the call to prayer will still take place five times a day, and religious workers allowed entry.

Janaki Or Sita Navami 2021: Its Significance And Importance By Agencies 3 weeks, 3 days ago

Parshuram Jayanti 2021: Rituals And Significance By Agencies 1 month ago

Hanuman Jayanti 2021: Importance And Significance By Agencies 1 month, 2 weeks ago