Bollywood actor Rishi Kapoor passed away in Mumbai on Thursday, following a long battle with cancer. He was 67. 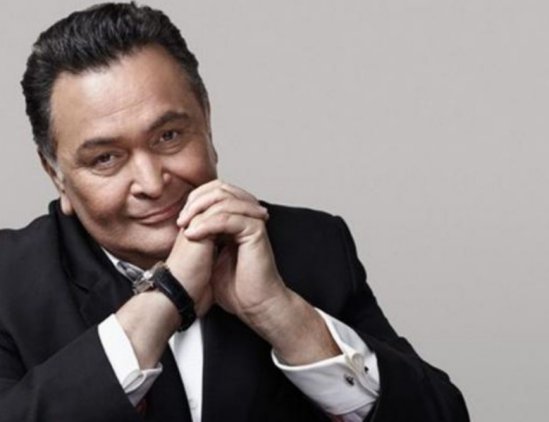 The Kapoor family in a statement said, “Our dear Rishi Kapoor passed away peacefully at 8:45 am IST in hospital today after a two-year battle with leukemia. The doctors and medical staff at the hospital said he kept them entertained to the last. He remained jovial and determined to live to the fullest right through two years of treatment across two continents.

Family, friends, food and films remained his focus and everyone who met him during this time was amazed at how he did not let his illness get the better of him. He was grateful for the love of his fans that poured in from the world over. In his passing, they would all understand that he would like to be remembered with a smile and not with tears.

In this hour of personal loss, we also recognise the world is going through a very difficult and troubled time. There are numerous restrictions around movement and gathering in public. We would like to request all his fans and well-wishers and friends of the family to please respect the laws that are in force. He would not have it any other way.”

The actor was on ICU support for a week in Mumbai’s Sir HN Reliance Foundation Hospital, before breathing his last on April 30.

Rishi Kapoor was diagnosed with cancer in 2018 and had then traveled to New York for treatment. He stayed there with his wife, actor Neetu Kapoor for almost a year and returned to Mumbai in September 2019.

Rishi Kapoor was the son of legendary actor Raj Kapoor and Krishna Kapoor. He made his first appearance in movies at the tender age of 3 in Shree 420. His debut role was in Raj Kapoor directorial Mera Naam Joker. He then became a heartthrob with RK Films’ Bobby.

Rishi Kapoor was a popular actor through the 1970s to the 1990s when he worked in movies like Amar Akbar Anthony, Coolie, Karz and Chandni among more. In his later years, he was known for his character roles in movies like Hum Tum, Agneepath and Kapoor & Sons among more. He was last seen in The Body alongside Emraan Hashmi.

Rishi Kapoor is survived by his wife Neetu Kapoor, and children Ranbir Kapoor and Riddhima Kapoor. Celebrities across India took to social media to offer their condolences.

Akshay Kumar tweeted, “It seems like we’re in the midst of a nightmare…just heard the depressing news of #RishiKapoor ji passing away, it’s heartbreaking. He was a legend, a great co-star and a good friend of the family. My thoughts and prayers with his family.”

Rajinikanth posted on Twitter, “Heartbroken … Rest In Peace … my dearest friend #RishiKapoor” Priyanka Chopra shared on Twitter, “My heart is so heavy. This is the end of an era. #Rishisir your candid heart and immeasurable talent will never be encountered again. Such a privilege to have known you even a little bit. My condolences to Neetu maam, Ridhima, Ranbir and the rest of the family. Rest in peace Sir.”