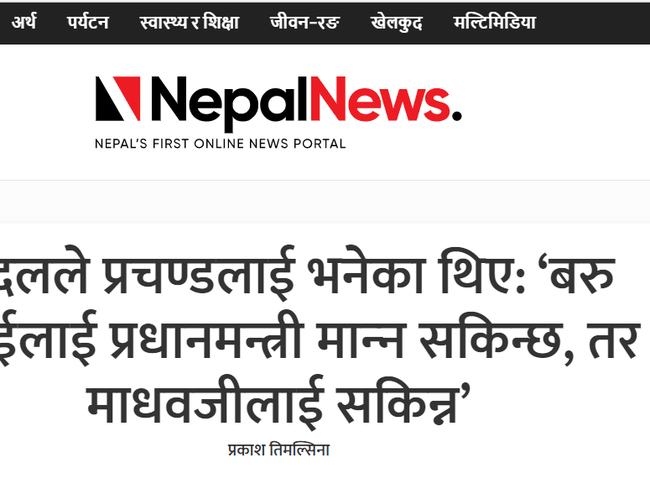 Just a day after celebration of World Press Day, Nepal’s first online news portal nepalnews, which was re-launched last years following the closure for eight years, shut down again. This time it is reported due to economic slowdown caused by coronavirus.

Although the management has been insisting to shut down the online since last two weeks, journalists resisted the move.

General Manager of Nepal News online Bhim Rai said that the company has decided to shut down online due to bad economic situation encountered due to coronavirus.

A journalist taking part in the negotiation with management said that they agreed on General manager Rai‘s argument that instead of shutting down the online after economic bankruptcy it is better to close now with additional benefits.

There were 21 journalist and employees in the online and eight outside Kathmandu. Started in 1998, Nepalnews closed on 2011 following the dispute between the employees and management.

Yeti Group’s subsidiary Nepal News Private Limited purchased the portal from Mercantile News last year. Initially, it was in English and later it came out in Nepali.

Nepal Airlines To Transport All Vaccines Within This Week From China By Agencies 6 days, 15 hours ago

India Hands Over 150 ICU Beds To Nepal As Part Of COVID-19 Cooperation By NEW SPOTLIGHT ONLINE 1 week, 2 days ago