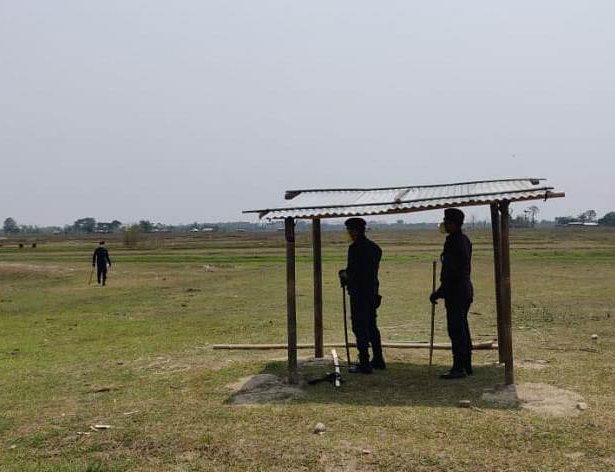 Police open blank fire to disperse crowed at border area in Jhapa district on Monday to drive away unruly Indian nationals who were trying to crowd in defiance of the lockdown. The incident took place at around 4.30 pm at a border village in Jhapa rural municipality-4.

Chief District Officer, Udaya Bahadur Rana, said the police had to fire in the air to stop unruly crowd from crossing the border into Nepal when the movement of people has been completely prohibited at the border to stem the spread of COVID-19. Security reinforcements have been sent to the area after the incident.