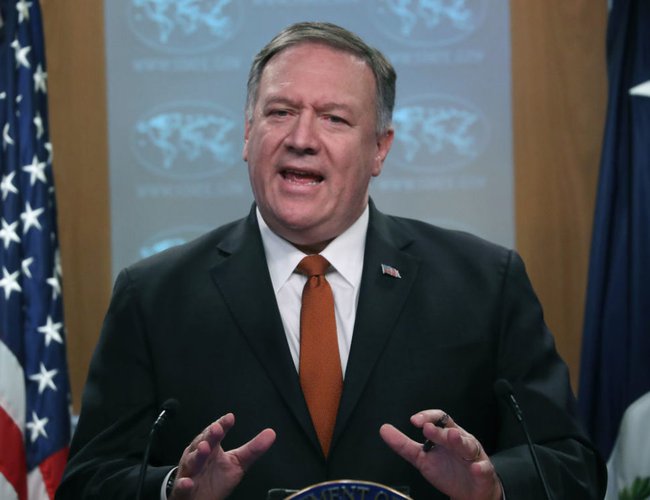 US Secretary of State Mike Pompeo has accused China of covering up the new coronavirus outbreak and held the country responsible for the pandemic.

Pompeo spoke to reporters on Wednesday at the State Department, where he claimed "China could have prevented the deaths of hundreds of thousands of people worldwide". He added, "They had a choice, but instead, China covered up the outbreak."

He criticized China's initial response to the outbreak, which include reprimanding a doctor in the Chinese city of Wuhan who went online to warn people of the coronavirus before the government announced the outbreak.

Pompeo said China is still refusing to share the information the US needs to keep people safe.

He also called on all nations to support Taiwan's participation as an observer at the World Health Assembly this month, dismissing opposition from China.

Pompeo was scrutinized by reporters over his remark on a TV show on Sunday that there is "enormous evidence" that the virus began in the Wuhan Institute of Virology.

He defended his comment, saying, "We are all trying to figure out the right answer" and get clarity. He added: "We don't have certainty. And there is significant evidence that the virus came from the laboratory."

Biden On First Foreign Trip As President By Agencies 2 weeks, 1 day ago

US To Donate 25 Million Doses Covid Vaccines Overseas Including South Asia By Agencies 2 weeks, 6 days ago

US To Donate Covid Vaccines Overseas: Biden By Agencies 1 month, 1 week ago