Trump To Report On China Trade Deal Next Week

Trump To Report On China Trade Deal Next Week 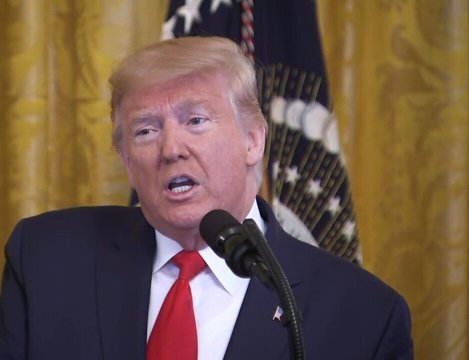 US President Donald Trump says he will be able to report as early as next week whether China is fulfilling its obligations under the "Phase One" trade deal the two countries signed in January.

The agreement requires the Trump administration to lower the additional tariffs imposed on Chinese imports, while Beijing has to increase its imports of agricultural products and other goods from the US.

Trump has expressed dissatisfaction that the expected boost of US exports has been delayed as China has seen a decline in demand due to the coronavirus pandemic.

Trump told reporters on Wednesday that the White House was watching whether China would meet its commitments. He said he will be able to report on that by the end of next week.

Trump described the coronavirus as the invisible enemy, saying he doesn't like how it got to the United States because it could have been stopped.

China has dismissed Trump's claim that Beijing is responsible for the pandemic, saying the president is trying to divert criticism from his initial response to the virus.

US To Donate 25 Million Doses Covid Vaccines Overseas Including South Asia By Agencies 2 weeks, 5 days ago