UPPER TRISULI 3 B Work In Progress

Despite disruptions of work following the sudden outbreak of COVID-19, Upper Trisuli 3B Hydro Electric Project (UT3BHEP) has resumed work 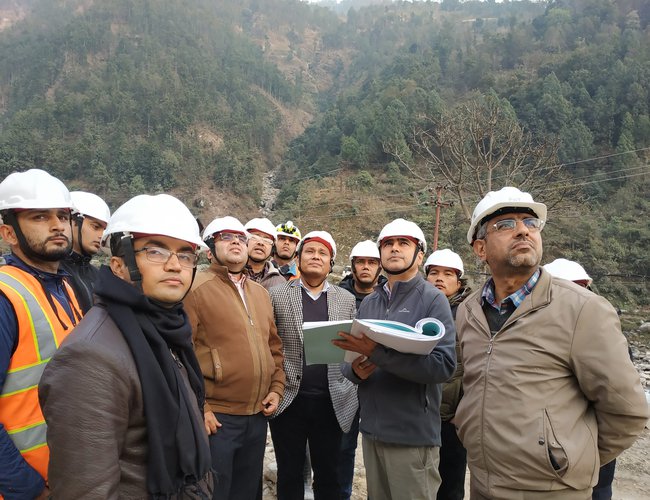 With the spread of COVID-19 and nationwide lockdown, many development projects are at a standstill. Thanks to the personal initiatives of Managing Director of Nepal Electricity Authority and Chairman of Trisuli Jal Vidhyut Company Limited Kul Man Ghising, the construction work in UT3BHEP has finally begun a few weeks ago. MD Ghising paid a visit to the construction site in March.

Although the pace is slow owing to labor and equipment inadequacy, the construction work is underway. Even in the crisis, around 20laborers and technicians, including 35 Chinese contractors, have been working in the project.

After his appointment as MD at NEA, Ghising has given high priority to Trisuli 3 A and 3 B projects. Following years of delay, 3A has already started generating a few months back. 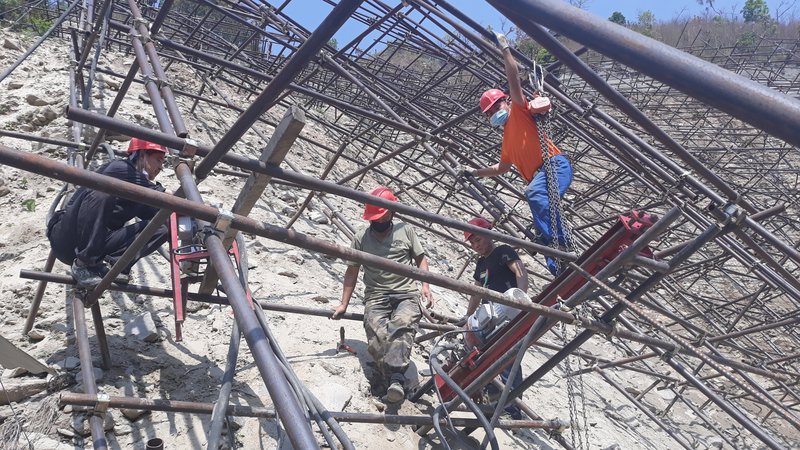 Project In Progress in lockdown: Work in slope 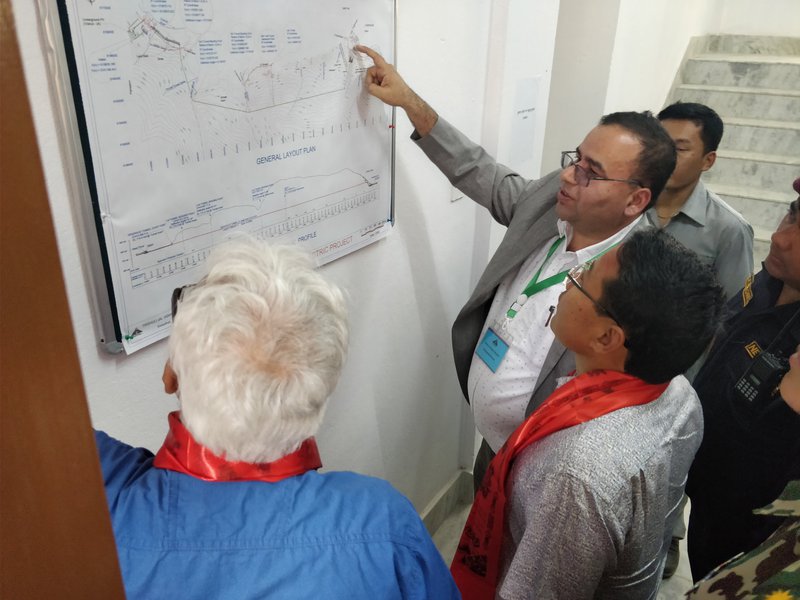 With proper guidance and committed management, the project has achieved every target completing over 40 percent work by the first week of January 2020 targeting to complete the project by 2021 March. However, the sudden upsurge of COVID-19, a global pandemic, in the middle of January has changed everything.

Complete backing from NEA’s management and the Minister of Energy, Water Resources and Irrigation, MD Gautam and his team have quite efficiently handled all the processes of construction of UT3BHEP.

With technical capacity and managerial experience in place, the plan of the project management perfectly worked before the outbreak of the COVID-19 pandemic. Commenced on 14 March 2018 with a target to complete by 13 March 2021, over 40 percent of work has completed till the first week of January. About 50 percent of underground tunnel work has also been completed.

However, everything had collapsed within a matter of a month. The progress of construction of 37 MW Upper Trisuli 3B Hydro Electric Project started to slow down following the COVID-19. In the last three months, the speed has drastically declined due to a shortage of labors and construction equipment. 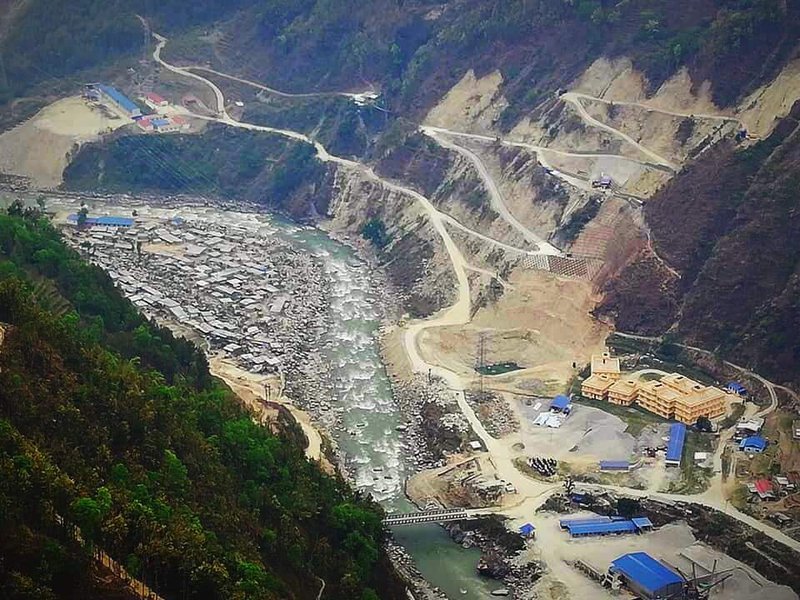 The period from November to the first week of June is regarded as the best time to achieve progress in the civil and other surface construction work because of favorable weather. Following the onset of monsoon in June, progress will be slowed down naturally. However, the disruption started after January till now has pushed everything behind. Given the present scenario, there might be a delay of 6-8 months in completing the Project.

“Although the construction of the project was going on smoothly till the 3rd week of January 2020 and about 40% of the work had been completed by then, the COVID-19 has changed the status of the project,” said MD Gautam.

“The speed of the construction of the project started to slow down when the contractor sent his Chinese construction team back to China to celebrate Chinese New Year in the 3rd week of January 2020. The contractor planned to bring back its workers to Nepal in the first week of February 2020. Due to the outbreak of COVID-19 in China, the workers could not come back as planned,” said MD Gautam. 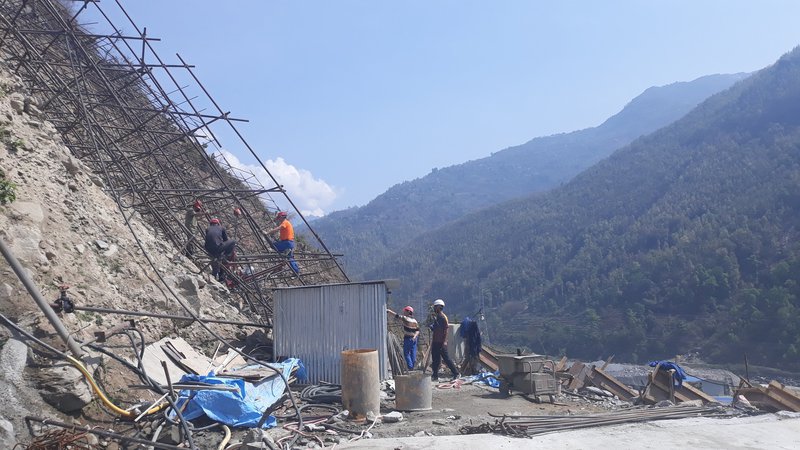 Promoted by TJVCL, a public limited company, UT3BHEP, which is situated in Nuwakot, is regarded as a financially sound project in terms of its location close to load center Kathmandu valley.

Given the modality of the project and high attraction, Prime Minister K.P. Sharma Oli, Minister for Energy, Water Resources and Irrigation Barsha Man Pun and other senior officials have also bought its shares. Out of 3.7 million shares issued to the public, Prime Minister Oli, his wife and minister Pun got 20 shares each.

With the installed capacity of 37 MW, a run-of-river (ROR) type cascade project of 60 MW Upper Trishuli 3A HEP, which lies in the Trishuli River, the project is a model of participation of government utilities, the general public, local development agencies.

The total cost of the project is estimated to be Rs. 7.44 billion with 7.8 billion projected interest of construction period. With 30 percent equity (2.47 billion) and seven percent loan (5.76 billion) through investment, the project will generate 134.8 million units of electricity in the dry season (November to June) and 157.7 million in the wet period (June to November).

Despite all obstructions, small scale activities are currently undergoing. The very small scale and the limited area will have a very insignificant contribution to accelerating the progress.

As the project has lost a lot of time during the valuable dry season of this year, it is now almost certain that the Powerhouse foundation work cannot be completed before the onset of monsoon although the first stage excavation is completed and slope support works including drilling, grouting and grid beam concreting are ongoing,

Once the monsoon starts, dewatering of the foundation pit, which is about 15m below the adjacent river water level, would be very difficult and concreting would be almost impossible.

Given the present scenario, powerhouse foundation work will not start before October 2020. However, the aim of completing the significant portion of the Powerhouse as per schedule appears difficult and challenging.

The project has been making all the efforts to resume the halted work and also to start new construction fronts. Earlier, the outbreak in China prevented the arrival of construction equipment/material and construction crew to the Site. Now, the nationwide lockdown in Nepal has prevented and further delayed the resumption of excavation from all fronts.

Although the construction equipment and materials are still stuck at Keyrung in China, the closure of the Nepal-China border at Rasuwagadhi has created obstruction.

Due to the lack of workers, excavation of Headrace Tunnel (HRT) was stopped from the 3rd week of January. As of now, powerhouse excavation and slope support work has continued as usual but the pace is slow. The Contractor resumed the excavation of HRT from inlet face on 4 March 2020 but it could not continue due to the nationwide lockdown.

Works that are in progress during a nationwide lockdown:

Detailed design is of civil, hydromechanical and electromechanical components ongoing at full scale. a 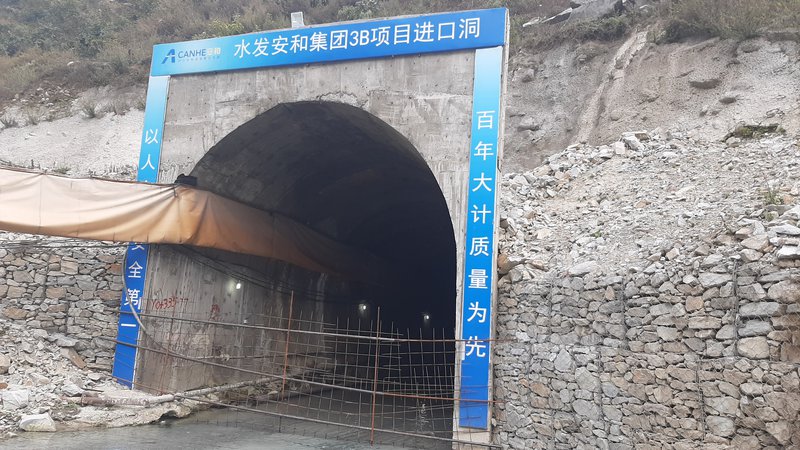 The project management is also trying its best efforts for:

Resumption of tunnel excavation works with the help of the Nepali construction team;

Bringing to the site the contractor’s construction equipment, namely concrete pumps, shotcrete machines, generators, water stops and other accessories, stuck at Keyrung border. This has to be managed with coordination with top-level government authorities to open the border.

As a batch of construction equipment and construction material has arrived at Keyrung at Nepal-China border, the Contractor is waiting for the border to reopen to bring that equipment to Site. The main construction crew from China will arrive at the site as soon as flights to China resume. Alternatively, the project management is also coordinating Contractors Head office to bring them by land route via Lhasa to Tatopani.

It is planned that as soon as the nationwide lockdown is relaxed, the work at various fronts like Approach Pressure Conduit, Powerhouse slope support, Surge tank slope support would be expedited.

“We have been working to facilitate to bring the equipment from Kerung and finding the way to bring back more Nepali workers to push the project on the phase before January 2020,” said MD Gautam. 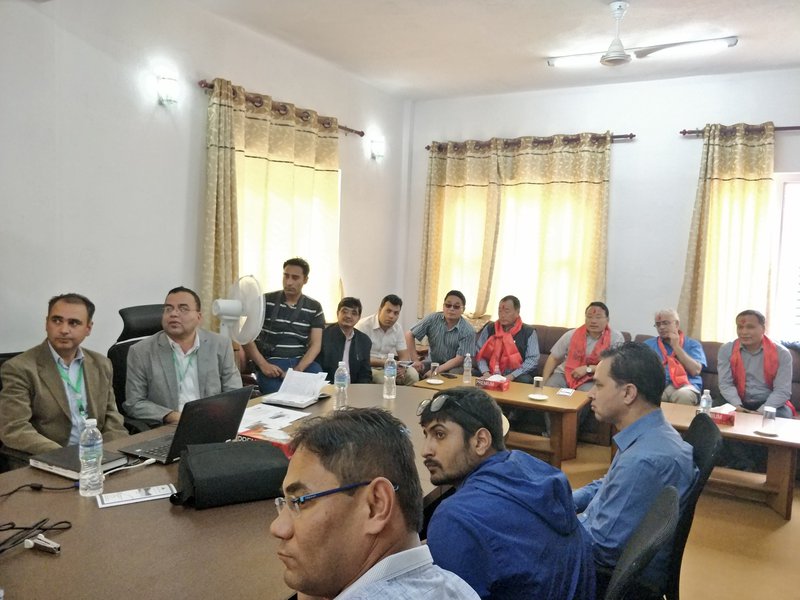 Given the current uncertain global situation and the country’s situation, even if everything moves as planned, the project will likely be delayed. NEA’s MD Ghising is making efforts to shorten the period of delay. In his effort, MD Ghising has started to facilitate the work to bring the equipment and materials lying in Keryung.

NEA Needs To Strengthen And Expand Transmission And Distribution System: Experts By Agencies 2 months, 1 week ago

UPPER TAMAKOSHI: Ready For Generation By A Correspondent 2 months, 2 weeks ago

UPPER TRISHULI 3 B Back At Work By A Correspondent 2 months, 3 weeks ago