Over 440,000 Additional Children Under Five Could Die In The Next Six Months In South Asia: UNICEF

As COVID-19 devastates already fragile health systems, over 440,000 additional children under five could die in the next six months in South Asia, without urgent action 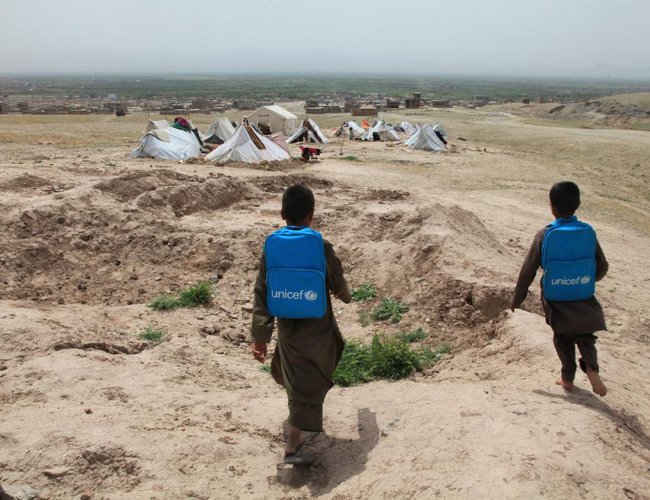 An additional 2,400 children could die every day from preventable causes over the next six months in South Asia as the novel coronavirus (COVID-19) pandemic continues to weaken health systems and disrupt routine services across the region, UNICEF said today.

The estimate is based on an analysis by researchers from the Johns Hopkins Bloomberg School of Public Health, newly published in The Lancet Global Health journal. Based on the worst of three scenarios in 118 low- and middle-income countries globally, the analysis estimates that an additional 1.2 million under-five deaths could occur in just six months, due to reductions in routine health service coverage levels and an increase in child wasting. The researchers estimate that in the next six months up to 300,000 children could die in India alone; 95,000 in Pakistan, 28,000 in Bangladesh, 13,000 in Afghanistan, and 4,000 in Nepal.

“We fear that the number of children dying before their fifth birthdays is going to increase for the first time in decades,” said UNICEF Regional Director for South Asia, Jean Gough. “We must protect the mothers, the pregnant women and children in South Asia at all cost. Fighting the pandemic is critical but we cannot lose momentum on the decades of progress we have made in the region to reduce preventable maternal and child deaths.”

“It is crucial that childbirth, child health and nutrition services remain available for families during the time of COVID-19,” said UNICEF Regional Health Adviser for South Asia Dr Paul Rutter. “It would be terrible to see a situation in which many thousands of children die, not because of the virus itself but because routine services are disrupted.”

In countries with already weak health systems, COVID-19 is causing disruptions in medical supply chains and straining financial and human resources. Visits to health care centres are declining due to lockdowns, curfews and transport disruptions, and as communities remain fearful of infection.In a commentary to the Lancet report, UNICEF warns these disruptions could result in potentially devastating increases in maternal and child deaths.

The estimates show that if, for whatever reason, routine health care is disrupted and access to food is decreased, the increase in child and maternal deaths will be devastating. The greatest number of additional child deaths will be due to an increase in wasting prevalence among children, which includes the potential impact beyond the health system, and reduction in treatment ofneonatal sepsis and pneumonia.

According to the modeling, and assuming reductions in coverage in the worst-case scenario, the 10 countries that could potentially have the largest number of additional child deaths are: Bangladesh, Brazil, Democratic Republic of the Congo, Ethiopia, India, Indonesia, Nigeria, Pakistan, Uganda and United Republic of Tanzania.

The 10 countries that are most likely to witness the highest excess child mortality rates under the worst-case scenario are: Djibouti, Eswatini, Lesotho, Liberia, Mali, Malawi, Nigeria, Pakistan, Sierra Leone and Somalia. Continued provision of life-saving services is critical in these countries.UNICEF

In addition to the estimated potential rise in under-five and maternal deaths described in the Lancet Global Health Journal analysis,UNICEF is deeply alarmed by the other knock-on effects of the pandemic on children:Full Report

An estimated 77 per cent of children under the age of 18 worldwide – 1.80 billion out of 2.35 billion – were living in one of the 132 countries with stay-at-home policies, as of early May.

Nearly 1.3 billion students – over 72 per cent – are out of school as a result of nationwide school closures in 177 countries.

40 per cent of the world’s population are not able to wash their hands with soap and water at home.

Nearly 370 million children across 143 countries who normally rely on school meals for a reliable source of daily nutrition must now look to other sources as schools are shuttered.

As of 14 April, over 117 million children in 37 countries may miss out on their measles vaccination as the pandemic causes immunization campaigns to stop to reduce the risk of spreading the virus.

This week, UNICEF is launching #Reimagine, a global campaign to prevent the COVID-19 pandemic from becoming a lasting crisis for children, especially the most vulnerable children – such as those affected by poverty, exclusion or family violence. Through the campaign, UNICEF is issuing an urgent appeal to governments, the public, donors and the private sector to join UNICEF as we seek to respond, recover and reimagine a world currently besieged by the coronavirus:

Respond. We must act now to stop the disease from spreading, help the sick, and protect first responders on the frontlines risking their own lives to save others.

Recover. Even when the pandemic slows, each country will have to continue to work to mitigate the knock-on effects on children and address the damage inflicted. Communities will also have to work together, and across borders to rebuild and prevent a return of the disease.

Reimagine. If we have learned anything from COVID-19, it’s that our systems and policies must protect people, all the time, not just in the event of a crisis. As the world recovers from the pandemic, now is the time to lay the groundwork for building back better.

To kickstart the campaign, two of UNICEF’s valued partners - Pandora and ING - have both agreed to pledge a generous donation to show their part in answering the call to this appeal and to spur more donations from the public in the coming weeks.

“The COVID-19 crisis is a child rights crisis. We need an immediate-, medium- and long-term response that not only addresses the challenges created by the pandemic and its secondary impacts on children, but also outlines a clear version for building back a better world when the crisis finally recedes. For that, we need everyone’s ideas, resources, creativity and heart.” said UNICEF Executive Director Henrietta Fore. “It is our shared responsibility today, to reimagine what the world will look like tomorrow.”