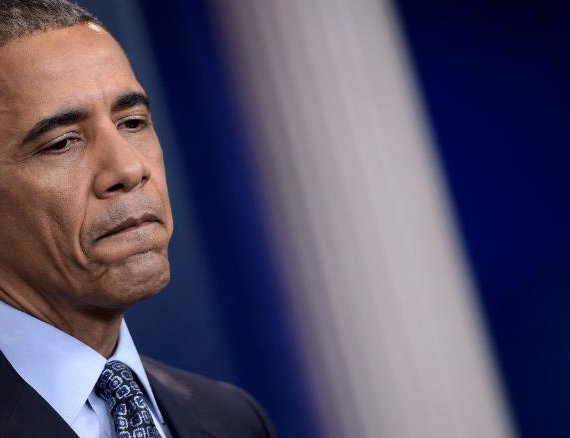 Former President Barack Obama on Monday condemned violence amid protests over the death of George Floyd and police brutality and called for political solutions to address protesters' grievances about criminal justice.

The message from Obama, who previously decried Floyd's death last week when he said the killings of black men at the hands of police "shouldn't be 'normal' in 2020 America," follows a weekend that saw an escalation in protests nationwide.

"Let's not excuse violence, or rationalize it, or participate in it. If we want our criminal justice system, and American society at large, to operate on a higher ethical code, then we have to model that code ourselves," Obama wrote in an essay on Medium.

As the country's first black president, Obama is in a unique position to address the racial divide at the heart of the protests. He didn't mention his successor, President Donald Trump, who has largely stoked tensions by calling protesters "thugs" and threatening violence against looters, though he also called for "healing, not hatred" in remarks about the crisis on Saturday.

The former president also noted that while protesting and civil disobedience puts a spotlight on racial injustice, "aspirations have to be translated into specific laws and institutional practices" and emphasized the importance of electing the right officials at all levels of government.

"Yes, we should be fighting to make sure that we have a president, a Congress, a US Justice Department, and a federal judiciary that actually recognize the ongoing, corrosive role that racism plays in our society and want to do something about it," he wrote. "But the elected officials who matter most in reforming police departments and the criminal justice system work at the state and local levels."

He added, "The bottom line is this: if we want to bring about real change, then the choice isn't between protest and politics. We have to do both. We have to mobilize to raise awareness, and we have to organize and cast our ballots to make sure that we elect candidates who will act on reform."

In his statement on Friday, Obama called for officials in Minnesota to bring justice in Floyd's death.

"It falls on all of us, regardless of our race or station -- including the majority of men and women in law enforcement who take pride in doing their tough job the right way, every day -- to work together to create a 'new normal' in which the legacy of bigotry and unequal treatment no longer infects our institutions or our hearts," Obama said at the time.

"Let's do this another way. Let's stop thinking our voice don't matter and vote. Not just for the president...educate yourself and know who you're voting for. And that's how we're going to hit 'em," Obama wrote, attaching a NBC News clip of Terrence Floyd's speech.

US President Biden Warns Democracy Is Fragile By Agencies 1 week, 5 days ago

US Senate Acquits Trump A Second Time By Agencies 1 week, 6 days ago

Trump Impeachment: Senate Says Trial Is Constitutional And Can Go Ahead By Agencies 2 weeks, 3 days ago