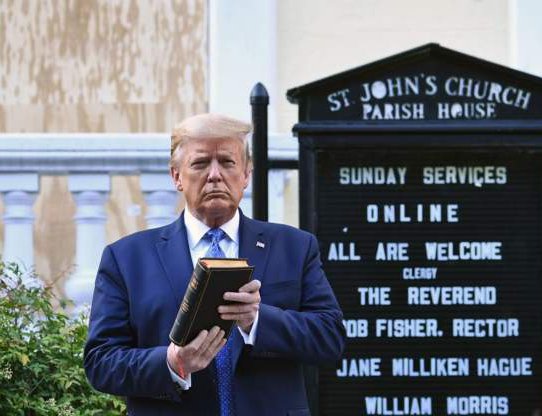 President Trump vows to deploy the US military to quell the civil disorder on America's streets. Earlier, he told state governors they must "dominate" protests and calls on law enforcement to get "much tougher"

George Floyd's death has been declared a homicide following an official post-mortem examination. Several cities, including Minneapolis, Washington DC and New York, are under curfew on Monday night

The fired police officer who has been charged with murdering Floyd will face a court next week. Governor of Kentucky announces investigation after a man was killed when protesters and police exchanged gunfire in Louisville

Columns Of Light Displayed In NY For 9/11 Victims By Agencies 2 months, 3 weeks ago

Chauvin Sentenced To 22.5 Years For Floyd Murder By Agencies 5 months, 2 weeks ago