Lunar Eclipse On June 5 And 6: Strawberry Moon, Time Of The Eclipse Duration In Nepal

Lunar Eclipse On June 5 And 6: Strawberry Moon, Time Of The Eclipse Duration In Nepal 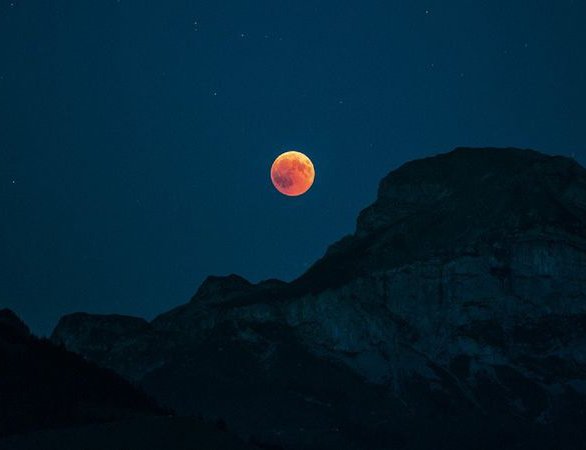 With the beginning of a new month, a full moon is ready to take over the sky on June 5 tomorrow, but that's not all, a Lunar Eclipse or the Chandra Grahan is also set to occur on the same day. There are three types of lunar eclipses - Penumbral, Total and Partial, and this will be a Penumbral lunar eclipse.

If you wish to catch a glimpse of the lunar eclipse tomorrow, you will have to stay awake late at night.

Lunar Visible will be visible in these regions

The lunar eclipse will be visible only in some parts of the world for a short duration. Skywatchers in much of Asia (including India), Australia, Africa, South/East South America, much of Europe, Pacific, Atlantic, Indian Ocean and Antarctica can witness the penumbral lunar eclipse tomorrow.

While the rest of us can enjoy the full moon which will appear for about 3 days; from early Thursday morning to early Sunday morning. During the eclipse, the moon will, however, not be in the sky for most of the Americas says NASA.

What is Strawberry moon

The Maine Farmer's Almanac first published Indian names for the full moons back in the 1930s. According to them, June marks the beginning of the short strawberry season in the North-Eastern United States, therefore, the full moon of this month is named the 'Strawberry Moon'.

Like June, July's full moon is called 'Thunder Moon' because thunderstorms frequently take place during this time of the year.

Nepal Airlines To Transport All Vaccines Within This Week From China By Agencies 3 days, 16 hours ago

India Hands Over 150 ICU Beds To Nepal As Part Of COVID-19 Cooperation By NEW SPOTLIGHT ONLINE 6 days, 17 hours ago