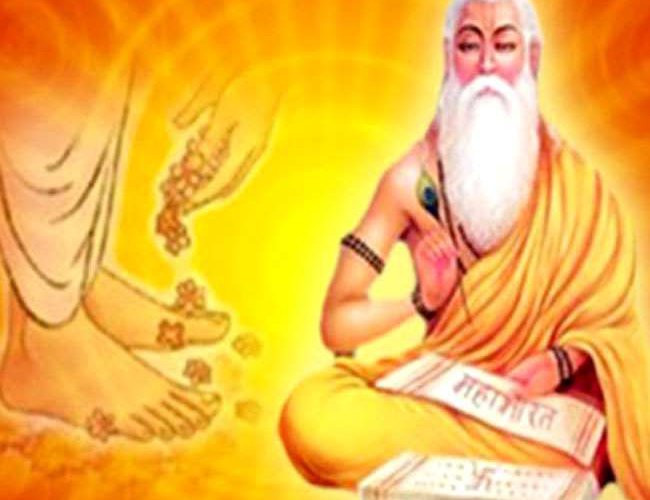 Full moon day during Ashadha month is known as Vyasa Puja day. Traditionally this day is reserved for Guru Puja or Guru Worship. On this day disciples offer Puja or pay respect to their Gurus. Guru refers to a spiritual guide who enlightens disciples by his knowledge and teachings.

Vyasa Puja is also known as Vyasa Purnima and this day is commemorated as the birth anniversary of Veda Vyasa. Veda Vyasa was the author as well as a character in the Hindu epic Mahabharata.

The Purnima of Ashadha is also known as Vyasa Purnima. It is named after the great sage Veda Vyasa, the author of Mahabharata.

Sage Veda Vyasa is hailed as one of the greatest and most learned men to have walked the earth. He is known for composing the captivating Indian epic, the Mahabharata. And it is believed that as he narrated the tale, Lord Ganesha wrote the mighty book. Interestingly, apart from being the author of the Mahabharata, Veda Vyasa also played a pivotal role in it. And ahead of Guru Purnima on July 5, read on to know more about Veda Vyasa Jayanti, a day that celebrates his birth anniversary.

Legend says that sage Veda Vyasa was born to Maharishi Parashar and Devi Satyavati on the Purnima Tithi in the month of Ashadha in an island. Therefore, he is also called Krishna Dvaipayana (where Krishna refers to his complexion and Dvaipayana means island). And thus, this full moon day is also known as Vyasa Purnima. Moreover, sage Veda Vyasa is considered to be one of the Chiranjeevi(s), meaning those who have attained immortality.

Maharishi Veda Vyasa was the spiritual son of Sage Parashar. He was born to Satyavati, the Queen of King Shantanu. Subsequently, as the tale of Mahabharata unfolds, Veda Vyasa played a crucial role in taking the lineage of the Chandra Vanshi dynasty of Shantanu forward by blessing sisters Ambika and Ambalika with sons Dhritarashtra and Pandu after they lost their husband, Vichitravirya. Maharshi Vyasa was also the father of Mahatma Vidur, the prime minister of the Kuru dynasty during the reign of Dhritarashtra. 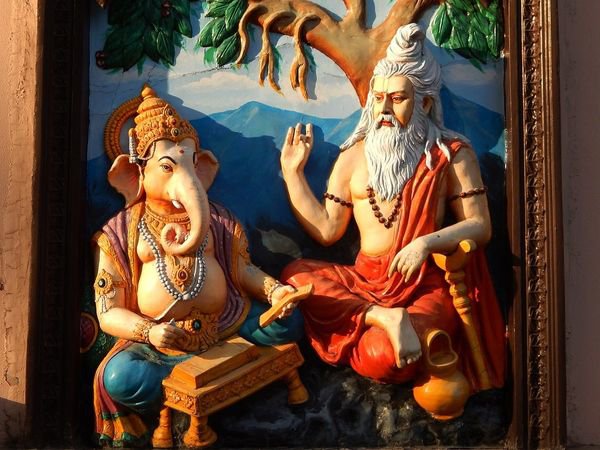 As the story unfolded, sage Veda Vyasa also stopped the universe from getting destroyed after Ashwathama and Arjuna released Brahmastras against each other. It was he who absorbed the powers of the lethal weapons, thereby preventing the destruction of creation.

Swasthanibrathakatha To Conclude Today By Agencies 1 week, 3 days ago

Valentine's Day 2021: The significance Of This Day By Agencies 3 weeks, 2 days ago