When & Where Was Ram Born? 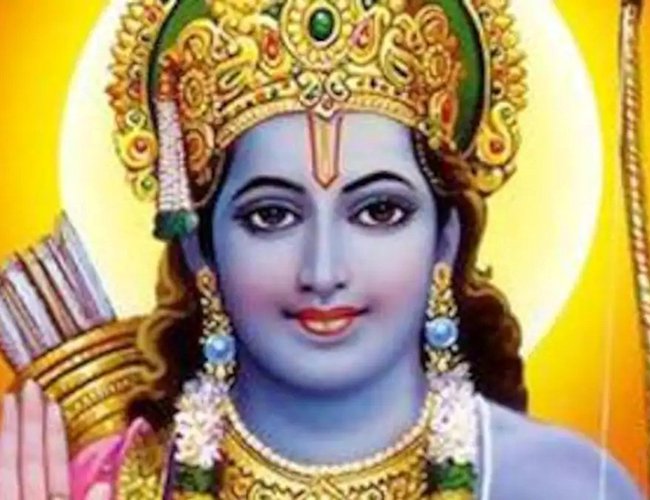 It is estimated that Ram was born about five thousand years ago and that the Valmiki Ramayan was written about 250 BCE. It is conjectured that an Uttar Ramayan preceded it.

Our PM KP Sharma Oli’s statement on 13th July, Bhanu Bhakta Jayanti Day that Ram was born at Ayodhya, in Thori of Pradesh No. 2 of Nepal has created a great rumpus in India and is being debated there. The possible location of Ram Janma Bhoomi is the conjecture of the day. The feeling in Nepal is that it PM Modi in his travels around the world can periodically state that ‘Buddha was born in India’ then that there was not much wrong in our PM saying that ‘Ram was born in Nepal’. Some politicians of stature in Nepal have said that this was a wrong move at a time when the relationship of Nepal with India is at a low level. Some have remarked as to why so much discussion about someone who may be fictitious. Even Shri Karan Singh, an erudite Hindu scholar has said that this was wrong to make such a statement. An outfit, Vishwa Hindu Parishad of Varanasi has publicly shamed a Nepali and Nepalis living in other parts of India warned of dire consequences.

Our friendship with India is from time immemorial and though stated forever, an adjustment of some sort is a dire necessity. The famous Vyas Rishi, father of Pandu, Dhritarashtra and Bidur is said to have lived in a cave that has come to be known as the Vyas Gufa of Tanahau. A colossal statue of him is planned to be constructed in the coming years. One reads in the Mahabharat that when the Pandhavs, after their twelve years of exile, had to live in a place where they could not be traced out, the five brothers are said to have gone to the Eastern Nepal region which was then under King Virat.

Even Ravan, who was the grandchild of Rishi Pulatshya is said to have been born and brought up at Pulashram located just above Beni Bazaar in the Myagdi District of Nepal. Besides Ravan, brothers Kumbhakarna and Bibhushan plus sister Suparnakha were also born and grew up there. It is with this historical fact in mind that Beni Nagarpalika is in the process of making a Ravan Park with the Rishi Vyas statue. Hopefully, this will increase tourist flow to the Myagdi area. The question of Ram being Nepali cannot easily be brushed aside.

A certain Lekhmani Poudel, son of Pandit Mahendra Sharan Upadhaya gave an interview in Sunrise Khabar in which he has discussed the possibility of Ayodhaya at Thori being the site where Ram was born. True, there is the grand design of the BJP of constructing a temple at Ayodhya in India. This is all fine for there are plenty of places where there are/were Ram Mandirs. The recent High Court decision in India was that there may have existed a Ram Mandir at the place where Babri Masjid stood, but this in itself was no proof of Ram’s birth there. In fact a statue of Buddha was found there!

Lekhmani Poudel in his interview stated that he had visited the site of the Babri Masjid in Ayodhya, the Ayodhya in Thori and the Valmiki Ashram in Chitwan. As per his interview, a Masjid was built by one Ibrahim Lodi at the place then called Faizabad and had an edict placed there. Lodi was then killed by one Mir Baqi, perhaps on orders from Babur on 20th April 1526 CE. The existing old edict was replaced by a new one calling this the Babri Masjid. Confirmation of this point was been made by Alois Anton Fuhrer then in the Archaeological Office of India in 1899 CE.

Dr. Jabman Gurung, Chief of Nepal Academy who was interviewed by Himal Online TV stated that what the PM said was probably correct. Also, the ancient objects found at the Ayodhya site were of Buddha and not Ram.

Lekhmani Poudel then went to the different sites in the adjoining Tribeni areas of India and Nepal. In India, there is the Valmiki Bal Samrakshak Kendra. After crossing over the river and going across the tiger country, one reaches the Valmiki Ashram in Nepal. Lekhmani states that as per the narration in the Ramchitramanas, Laxman having brought Sita in a day’s journey on a horse-drawn carriage from Ayodhya in Thori left her to walk to the ashram of Valmiki and returned back to Ram. Lav and Kush were born here and when the Ashwamedh Hom was done by Ram the sacrificial horse wandered here the following day and was tied to a pillar, a fragment of which still imbedded there by Lav & Kush. Ram came to investigate the next day and had a battle with the boys who, unknown to him were his sons.

Another report by the News 18 of India TV, which was aired recently, stated that Amritsar, Pithor and Chitwan in Nepal were the current contenders for the birthplace of Ram. It goes on to show the travels of an Indian reporter across a tiger reserve to Valmikinagar in India where there is the Valmiki Bal Samraksha Kendra. At this point where three rivers – form a Tribeni he crosses and then goes across this area of tiger land to the Valmiki Ashram in Nepal. It is also known that ashram of Bashista and other rishes also existed in Nepal. Visuals of the site of a stone slab which Sita used as a silauto and then another slab with a number of depressions, in one of which Sita rested her water-filled gagro is shown. Nearby was a pillar, now broken at which Ram’s Ashwamedh horse was tied by Lav and Kush.

Ram came immediately and fought with his sons during the course of which battle many of Ram’s troops were killed. Valmiki is said to have taken water from the Amrit Kuwa and sprinkled it on them. They were then revived and gained consciousness. At this place also was a depression in the earth where Sita was said to have been taken into the fold of Mother Earth. This is now a protected area but exists there. Reality is that a large number of pilgrims from both India and Nepal come here to do homage.

One important aspect to note is that Luv and Kush attended the Ashwamedh Hom done by Ram and returned to the ashram in the evening. The next day the horse also reached there. The distance of 515 kilometers from Ayodhya in India to Valmikinagar / Valmiki Ashram could not have been covered in one day.

One surprising fact to note in this narration is that the southern area of Nepal is dotted, from long, long ago with place names such as:

Ayodhyapuri, Janakpur, Ramnagar, Rambhumi, Bharatpur /Bharatpur, Ramgram, etc. The namakaran, being from time immemorial gives credence to the fact that Ram may after all have been born in Nepal.

Our PM’s remark has certainly created a stir in India. Both Shiv Sena and some sadhus have threatened stirs. Nepal’s Archaeological Department is planning excavations at Ayodhya in the Thori region of Pradesh No.2. Our PM must form a committee to delve into all this and come up with a report within a specified period of time. Only then will our relationship with India improve. 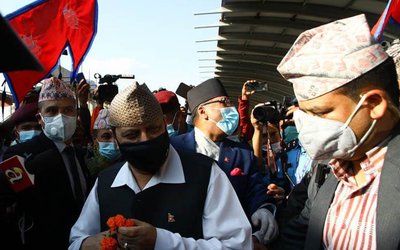