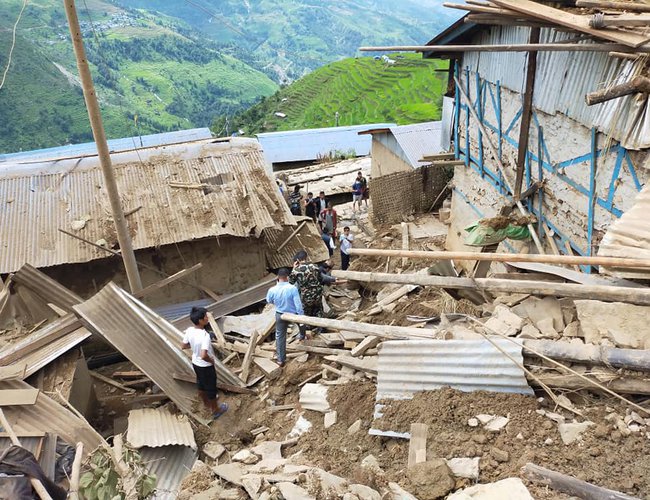 At least 36 people are missing in a landslide which burried 13 houses at Lidi village in Jugal Rural Municipality-2 in Sindhupalchowk district. Five persons, who were seriously injured in the landslides, have already brought to the district hospital in Chautara.

Disaster Management Authority has already sent a helicopter to launch rescue mission and to bring seriously injured patient to Hospital in Kathmandu.

However, 15 members of 13 households damaged by the landslides have been able to come out of the disaster site.

Jugal rural municipality vice-chair Srijana Tamang shared the landslide has completely damaged 13 houses and wounded 15 people. There is no situation to go for the rescue operation in the site now, said Ash Bahadur Tamang, a local.

All the family members of five houses buried in the landslide are out of communication so it can be ascertained their status, Tamang further shared. Chief District Officer Umesh Kumar Dhakal informed the public that a squad of the Nepal Army and the Nepal Police has been mobilized in the landslide-hit area.

Bagmati State Minister for Social Development Yubaraj Dulal shared that a team of Nepal Communist Party leadership and the elected representatives now are flying to the incident site on a helicopter for rescue.

As the disaster site lies at a remote place and it is difficult to reach there in time on foot for rescue, preparations are underway to fly to the landslide site on a helicopter, according to the district police. 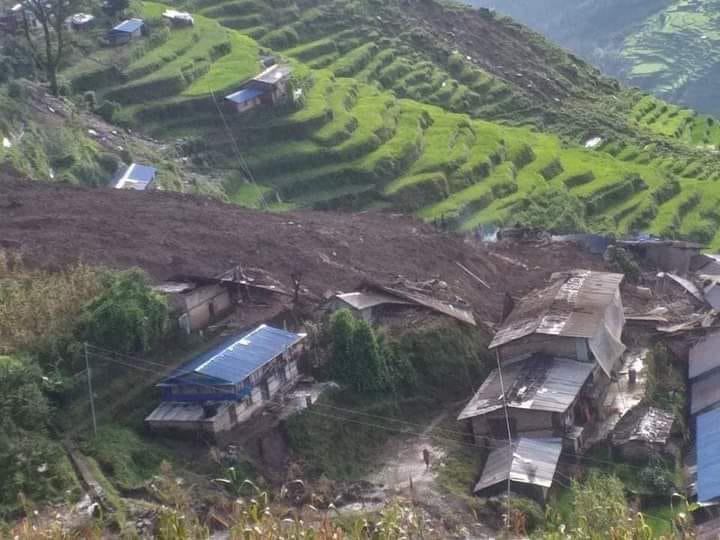