Juventus Superstar Ronaldo Will Spend Time Out Of The Team 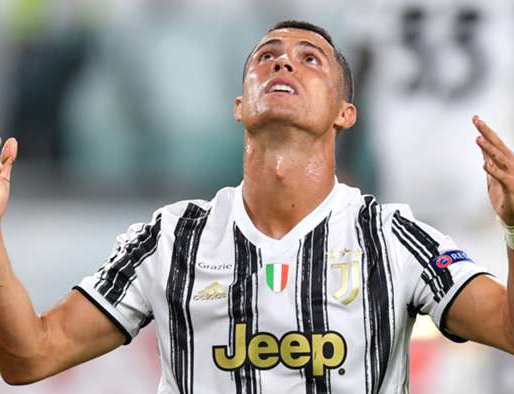 Juventus head coach Andrea Pirlo has admitted Cristiano Ronaldo will be rested this season as the Portuguese superstar helped his team to an opening-night win in Serie A.

The Italian champions started their quest for a 10th consecutive title with a 3-0 victory against Sampdoria at Allianz Stadium in Pirlo's first competitive match in charge of the club.

New signing Dejan Kulusevski scored on his debut in the 13th minute before veterans Leonardo Bonucci and Ronaldo rounded out the victory in the second half.Goal

When Pirlo was asked how he plans to use Ronaldo – who famously does not like to be on the bench – this season, Pirlo revealed the 35-year-old would be rested at select points during the campaign.

"We are thinking about [how to use Ronaldo] and talked it over," Pirlo said to Sky Sport Italia post-match.

"He’s not tired yet, as we just started, but when we come up to less important games, we’ll try to give him a rest.

"He’s a very intelligent guy who knows his body very well, so he is aware of when it’s time to rest or to step it up. When he will play depends on him."

Pirlo made some surprise selections in his first match as manager, with 20-year-old Kulusevski making his starting debut alongside Ronaldo in attack, while loan signing Weston McKennie was parachuted into midfield and Gianluca Frabotta made only his second Serie A appearance.

The Juve legend explained the reasons for his first XI choices, revealing that the team's limited preparation for the new season meant some players were better prepared to play than others.

"Frabotta had a good game - Alex Sandro picked up an injury, so I chose the Under-23 lad who is training with us very well," Pirlo said. "I didn’t consider it a risk at all to use him.

"The American (McKennie) arrived having started pre-season training in Germany, so was in better shape than some others. He made a few errors in his passing, but it was the first game, we can forgive him for that.

"It will take time to get all the various ways of playing together. I don’t want to just copy and paste anyone’s ideas, I have my own ideas, and want to adapt from the teams that inspired me.

"We haven’t had much time, as the pre-season started late and then they were away for international duty. We had only one friendly too, but it was a good debut and we’ll keep working on it."

Juventus' next fixture will come in Serie A against Roma at the Stadio Olimpico on September 27.