As the country has been passing through a series of lockdowns, Tanahu Hydropower has made a breakthrough in 188 Meter Cable Tunnel 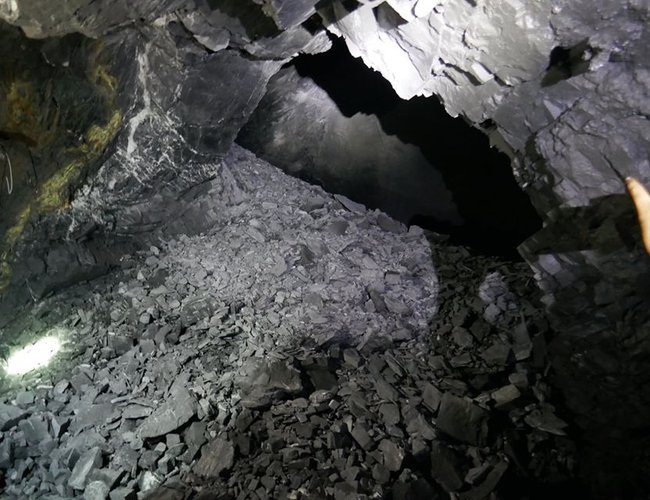 Having long experiences of working in various positions in the major hydropower projects of the country, Pradip Kumar Thike, managing director of Tanahu Hydropower Limited, knows how to work quietly with the mission to achieve the target set by the project.

Since he was appointed the managing director of the company, the project has gone through several ups and downs. It faced a major debacle when Italian Contractor CMC left the country abruptly.

MD Thike quietly handled the problem. From conciliation of contract to retendering process, Thike worked in a low profile, completing the process of retendering and selection of a new contractor.

At a time when the country has been passing through series of lockdown and obstruction of movement created by the spread of COVID-19, Tanahu Hydropower Project has achieved a major milestone. The project has made a breakthrough in 188 long cable-tunnel, a critical part of the project to start the excavation of powerhouse.

“Congratulation along with sincere appreciation to all involved for the breakthrough of cable tunnel as the achievement of the first milestone of the project despite the current exceptional circumstance of Covud-19,” writes Managing Director Pradip Kumar Thike, Tanahu Hydropower Limited, in his Facebook wall. 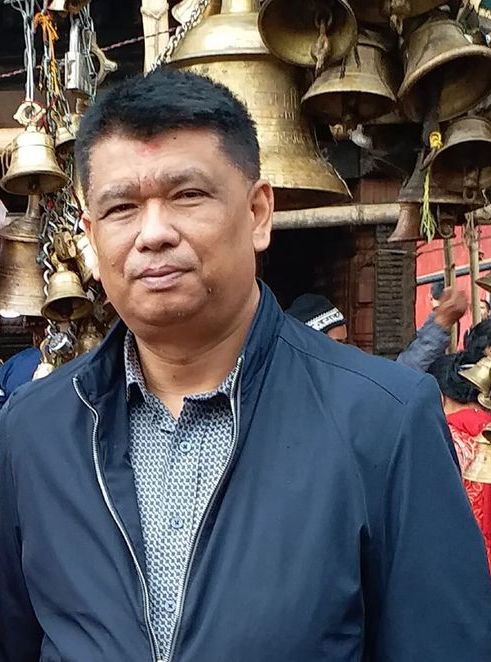 Not only for MD Thike, the breakthrough of the tunnel, is one of the major achievements for the people involved in the project during the period of crisis.

The project was at the right time one time. However, following scrapping the contract with CMC di Ravenna, Italy in April 2019, the project had to start the contract bidding process from scratch.

After the re-invitation of Re-bid II on 28 February 2020 and the opening of bids on 06 July 2020, the evaluation of technical bids is underway with the support from the Project Supervision Consultant (PSC).

Although the contract works for package one is under the final process of selection, Chinese contractor Sino Hydro Corporation has been working in the site under the package 2, on powerhouse construction, procurement of hydro-mechanical and electro-mechanical equipment.

With his experience of working in a number of hydropower projects, MD Thike, handled it all when the company was involved in lengthy process of publication of bidding, technical evaluation and so on.

Following the evaluation of the bid, the project has already submitted the technical bid evaluation report to the Asian Development Bank (ADB) for concurrence on 5 August 2020. Now the project is waiting for the clearance before signing the agreement.

Under the package one construction, the work includes the construction of a 140-meter high dam, cofferdams, two river diversion tunnels and other structures. 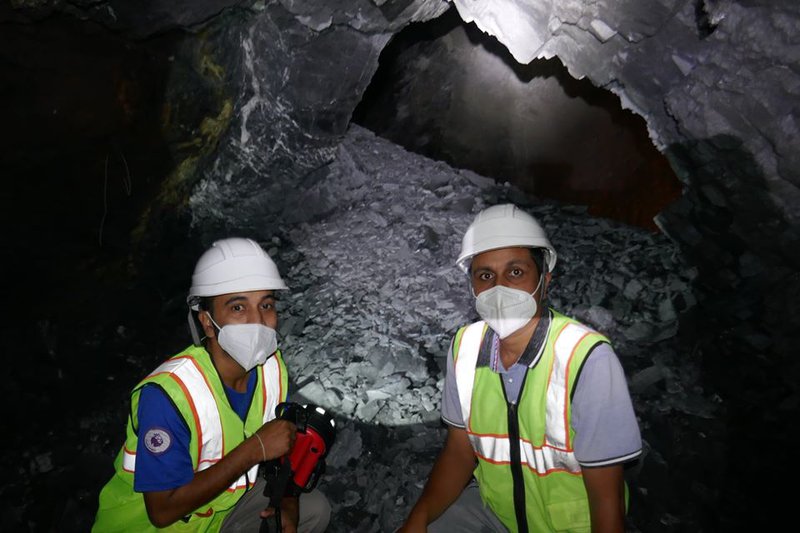 The project aims to complete the construction of the storage type project and generate electricity by June 2024. With the length of cable tunnel, 188 meters, it helps excavation upfront of the underground power house. Works at the Cable Tunnel have been resumed since 10 July 2020.

Along with this, the work including excavation and support works including steel rib installation have been continued in the Main Access Tunnel (MAT) with length 365 meter. However, due to the weak geological condition, the heading and benching method has been adopted causing the slow progress of the works.

The Contractor also resumed the works at the Tailrace Outlet Portal. Excavation along with the supports works have been performed for the upper most 12m of the outlet portal.

The erection of crusher plant was completed after final testing for optimizing on 2 July 2020. The Construction of earthen side drain was completed, whereas the gabion works at access platform to the feeder station is being continued. Both batching plant and site laboratory remain in operation during this month.

In the warehouse, normal metal works as well as fabrication of reinforcement cages for the construction of access to feeder station and steel ribs are being carried out.

The maintenance of upper left bank access road to the dam site has been continued to provide an access to the geological drilling at the location of plunge pool. The geological core drilling work for the second drilling point was completed.

In access road to surge tank, works on cross drain and slope monitoring for landslide have been continued above the crusher plant. The construction of a store building was completed and the work of another store building is started behind the THL camp facilities. The first lot of permanent rocks anchors required for the powerhouse crown supports was arrived at the site.

The storage type project is envisaged to have an installed capacity of 140 MW with an estimated annual energy generation of 590 GWh. The Project is designed for at least six hours of peaking operation.

As per the Project Administration Manual(PAM), the total financial cost of the project was estimated to be 505 MUSD as of January 2013 for which the funding arrangements have been made afar signing the respective loan agreements with ADB, JICA and EIB. THL has also concluded the Power Purchase Agreement (PPA) with NEA on 29 June 2018 as a maiden PPA for storage type hydropower projects.

THL and KEC International Limited, India signed the Contract Agreement for Package 3 (220 kV Transmission Line) on 25 December 2018. The Contractor completed the detail and check survey along the TL alignment and the geological investigation at the tower locations.

Upon successful testing of DB/DC Type Towers at the Contractor’s testing laboratory, the design of DB Type tower has been approved by the PSC. The Contractor has started delivering the Tower Stubs, ACSR Conductor, Earth wire and Insulators to the site.

The tree enumeration works for Tanahu district has been completed, whereas the District Administration Office of Tanahu, following the decision of the Compensation Determination Committee, has published a notice for land acquisition as required for tower foundation works within the district. 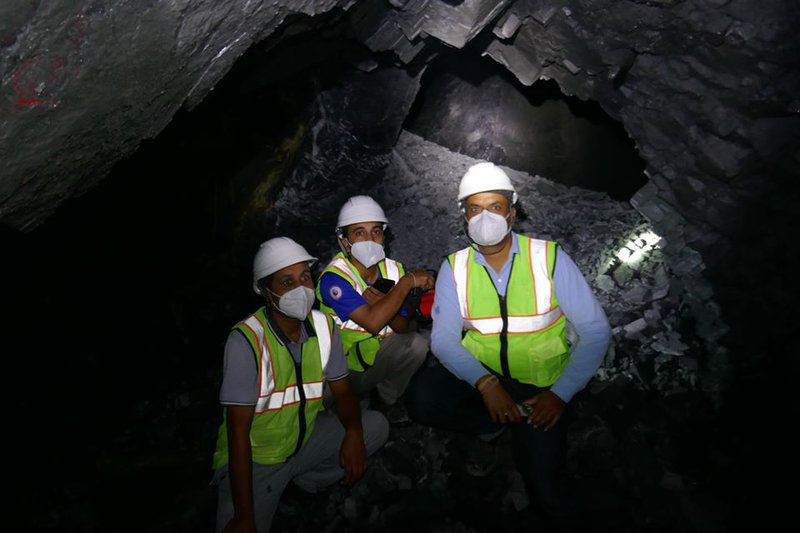 Following the imposition of national lockdown to prevent the spreading of pandemic COVID-19 by the Government of Nepal on 24 March 2020, the Package 2 Contractor, after notification of the Force Majeure event, suspended all site activities except for the submission of the design/drawing documents of the Works under the Contract.

The Package 3 Contractor also, after notification of the Force Majeure event, stopped the survey and tree enumeration works but continued submission of the design documents to the Engineer for review and approval.

After the Nepal government’s decision on 02 April 2020 in relation to resumption of the construction works of national priority projects maintaining the required health and safety regulation at work places, THL organized a co-ordination meeting with representatives from the district administration office, the district police office and the local authorities. 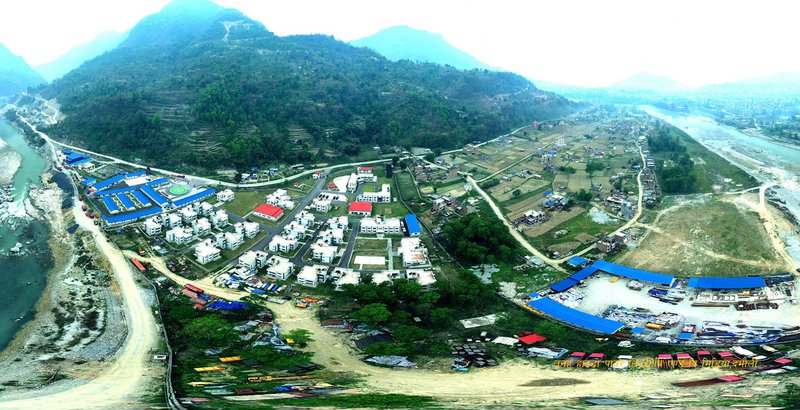 The meeting chaired by the Chief District Officer (CDO) of Tanahu District agreed to carry out the construction activities of the project with the use of workers residing inside the camp.

Everything is going on smoothly as MD Thike has been working in a low profile to push his work forward.

NEA Resumes Importing Electricity From India By Agencies 5 months ago