Former Ambassador To Pakistan No More. 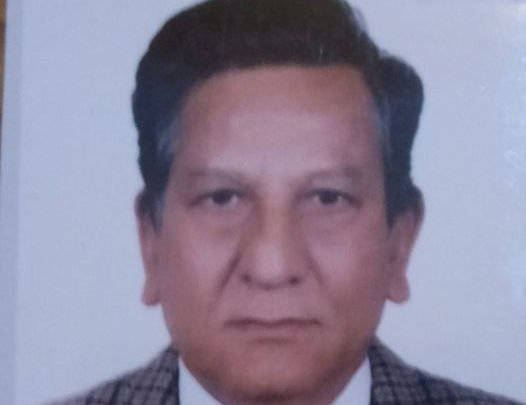 He served in the Ministry of Foreign Affairs from 1971-2006 in different capacities in different countries including Pakistan, Thailand, China and Russia. He also served as a spokesperson for SAARC for some time in the initial phases. He represented Nepal in different symposiums and conferences in the UN. In the initial phase of his career he worked in Rising Nepal from 1969-71. He is also the recipient of several medals as well as Gorkha Dakshin Bahuu for his extraordinary contribution as an Ambassador.

As the President of AFCAN, he was preparing for a national symposium on Nepal’s Security scenario before the country went into lockdown. He is survived by his wife and four children.

Apart from myself and Ambassador Thakur, those who could be at the Aryatirtha to pay respect n extend condolences to his family at such a difficult time included Ambassadors Leela Prasad Sharma, Madhuban Prasad Paudel, Mukti Nath Bhatta and Bharat Raj Paudyal who is number two in the Ministry of Foreign Affairs now.

Recalling the first meeting Bhattarai writes, “We first met him at the Ministry of Foreign Affairs when we joined as 1977 batch that included Ambassador n litterateur Madhuban Prasad Paudel and Yugnath Sharma Paudel who sadly passed away in 2006 while serving as Chief of Protocol and officiating Foreign Secretary. “

“Pushkar Dai was just back from Islamabad from his maiden posting that time. We used to go to his Putali Sadak residence regularly n had invited us to his new residence at Hattigaunda twice, besides many other get-togethers at other venues.

Pushkar Dai was also among 25 member group of foreign ministry people who took part in conducting the National Referendum in Khotang district more than forty years ago. He was posted at Noonthala while Madhuban sir n myself were asked to take such charge at Lamidanda n Patheka respectively. He was assisted by Govinda Nath Pandey who died quite some years ago.

“Pushkar Dai underwent various training under UNITAR n UN Disarmament Fellowship under SIPRI n the United Nations during his long inning as a diplomat n served in various stations like Islamabad, Moscow, Beijing n Bangkok n wound up his diplomatic career as Ambassador to Pakistan. A perpetually active person with a sense of determination n rather stubborn zeal n enthusiasm, he kept up his never-say-old persona defying age n could rightly be called a charisma with good memory n amiable disposition. “

SHINZO ABE A Legacy Ends In Japan By A Correspondent 6 months, 1 week ago

Niranjan Koirala Is No More By A Correspondent 2 years ago