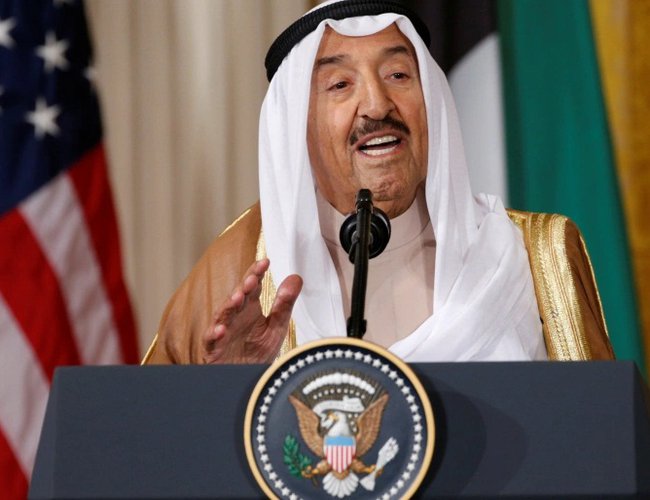 The emir of Kuwait died at the age of 91. Kuwait residents reacted with sadness after the death of Emir Sheikh Sabah al-Ahmad al-Jaber al-Sabah at age the age of 91. Earlier this year, the leading figure of the oil-rich Gulf nation flew to the United States to seek medical care following several health tests and treatments in recent years reports Alzajeera.

Born in 1929, the late ruler who served as Kuwait’s foreign minister for nearly 40 years took power in 2006. He was regarded as the architect of modern Kuwait’s foreign policy and a respected voice in the Gulf Cooperation Council (GCC) region and the broader Middle East.

Earlier this month, Kuwait cut about $3bn from its 2020-2021 budget as the nearly $140bn economy is now facing a $46bn deficit. Deutsche Bank estimates Kuwait’s economy will contract by 7.8 percent this year.a

According to Aljazeera., the late emir was cited by the state news agency KUNA as saying: “Kuwait is facing the big and unprecedented challenge of shielding our economy from the external shocks caused by this virus, specifically the decline in oil prices and the value of investments and assets.”

Oil-rich GCC nations have long relied on hydrocarbon revenues to sustain generous social welfare systems and employ a large part of their citizens. Last year oil revenues made up 89 percent of Kuwait’s revenues. As experts forecast a global slowdown in oil demand in the coming decades, Gulf nations face the daunting challenge to reinvent their economies.

Russian Forces Claims Mariupol Steel Plant is Under Their Control By Agencies 20 hours, 18 minutes ago

COVID-19 Kills Over One Million In US By Agencies 3 days, 20 hours ago

Ukrainians Forces Continues Their Fighting Against Russians By Agencies 3 days, 20 hours ago

Russia Agree To Evacuate Wounded Soldiers From Azovstal By Agencies 4 days, 20 hours ago