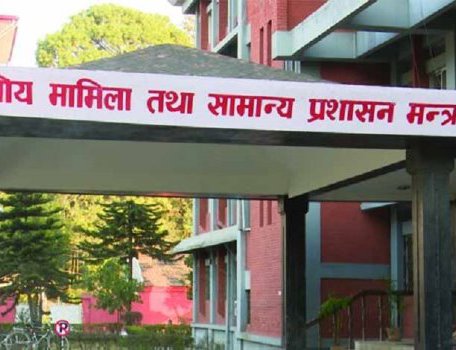 With the decision of the federal government, all the local bodies across the country can submit proposals of small infrastructure development projects for Indian grants only five areas.

The Ministry of Federal Affairs and General Administration (MoFAGA) on Tuesday called them to limit their demands in the areas fixed by the government reports The Rising Nepal.

The direction issued as per a Cabinet meeting on April 26 this year. The cabinet had decided that the local governments could apply only for infrastructure in education, health, waste management, water supply and agriculture reports the Daily.

According to the Development Cooperation Coordination Division of the MoFAGA, the local bodies applying for grants for their projects must submit the Detailed Project Report (DPR) of the project, formal letter of the respective local body expressing commitment to share 20 per cent cost, letter of land assurance, and soil testing report in case of roads, bridges and buildings.

India has been supporting the infrastructure projects planned by the local bodies under ‘Small Development Projects Scheme’ since 2003 following a bilateral agreement between the two countries.

India Urges Nepal To Remove Encroachment From Border In Uttarakhand By Agencies 3 days, 2 hours ago