Sean Connery lived to a grand old age that is usually regular in many places of Japan, UK and USA. As per a post in FB the other day the male member, a supercentarian being 110 age, of the longest living married couple in the world also died in his sleep. 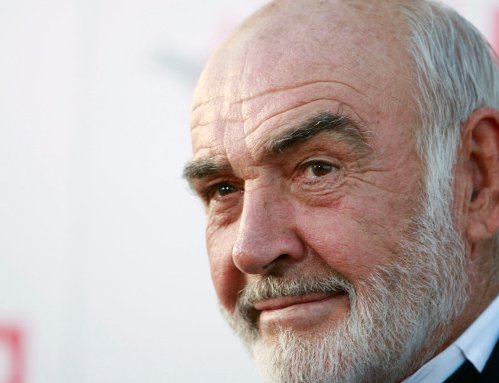 One of my heroes died on 31st October 2020 i.e. Halloween Night in his sleep at his residence in the Bahamas at the grand old age of 90 years. Though born in Edinburgh his karma bhumi was all over this earth. This event brought back to my mind the fact that I had bought at a reduced price the Ian Fleming authored book ‘Dr. No’ at Foyles Book Shop in late 1950s. This was before the first James Bond film with the same title was made and the hero played by Sean Connery as a MI 5 agent 007, became a household word following its release in 1962. This brought Sean Connery, who up to then, in his early years had had small parts in films, into the limelight. His varied career prior to acting enabled him to perform a variety of parts on the silver screen. It must also be acknowledged that at the height of his popularity he declined to continue further in the role stating that it would ‘type cast’ him and handed over to Roger Moore. He worked under various directors and had many roles during his filming career. Though an ardent Scot, he was honoured by Queen Elizabeth II in 2000 New Year Honours list and subsequently knighted in July at Hollyrood Palace, Edinburgh. Rest in eternal peace, Sir Sean after such a fruitful life. It may be noted that James Bond fame, whilst being a worldwide phenomenon had its effect in our country too. I remember that a special Bond Whisky was marketed some years ago in Nepal though without the world-wide success of its Scottish counterpart. One can still see the representation of the bottle with inviting words to drink up on the walls of some of the roadside houses of Bhaktapur!

Sean Connery lived to a grand old age that is usually regular in many places of Japan, UK and USA. As per a post in FB the other day the male member, a supercentarian being 110 age, of the longest living married couple in the world also died in his sleep. He leaves behind a 109-year-old wife. In this connection I remember reading many years ago in the National Geographic Magazine about three locations scattered around in the world, albeit with varied environmental and living conditions, where the life span was the longest. One was in Hunza Valley in Pakistan, another in Russia and a third which I cannot now recall where. As from November 2005 fives areas of the world, where people are living the longest, have been identified as Blue Zones. These are at Okinawa (Japan), Sardinia (Italy), Nicoya (Costa Rica), Icana (Greece) and among Seventh-day Adventists at Lomo Linda (California). Now however with the Covid-19 pandemic the situation is surely changed all over the world is anyone’s guess.

It is the Covid-19 Pandemic which has sadly led to deaths in many countries all over the world. Many elderly residents of Europe and America have died in this season of deaths. Though the percentage of deaths in the Asian continent is less, the reality is that many elderly persons have died in Nepal too. This saddens us all. One has only to glance at the postings in FB to be confronted with this fact. One wonders if they, many of whose children were perhaps in foreign lands thought ‘Afu marre doomai raja’ during the last few moments of their lives! One shortcoming of this saying, in this age of the electric crematorium, is that it is not truly valid. Perhaps the fellow who pulls down the switch at the crematorium should be made the top guy!

The situation in the country is said by many to be going down the drain. I suppose that it is so considering that a lot of household refuse and filth of the urban areas, the wastes of the industrial sectors including that of the beer industry are polluting our rivers as they course southwards in our country. What to do in this state of Federal governance in our country? We are in the midst of handing power from the centre to the Pradesh Governments and to the local level at the provincial, village or woda level. What is perplexing that this handing over power to the people, starting from the time of Panchayat Rule with its Anchal or Development Zones though accepted in theory did never really take off. Is Nepal becoming a ‘Failed State’ with the current leaders that we have?

What is even worth pondering over is that the word ‘Panchayat’, said to have originated from ancient Vedic times in our part of the world, became an anathema to our politicians, ever ready to create a rumpus. Part IX of the Indian Constitution relates to Panchayats. Panchayati Raj was formalised further by the 73rd constitutional amendment in 1993 and currently exists in all states except in Nagaland, Meghalaya, Mizoram and Union Territories. To us Nepalis, its functioning is most apparent in West Bengal under the stewardship of Mamata Banerjee and her tussle with the Central Government at Delhi. As one ponders over the current US elections of 2020 one sees the role of the Central government vis-a-vis that of the different states. It seems that the Central Government cannot boss over that of the states. The states have a deciding role over what goes on there.

Our Federal structure has still to take root. The implementation and the financing of it are going to be tremendous. Who is going to foot the bill? Even for the conduction of an election at three levels, on the result of which all this rests, the money has to come from elsewhere! Will there ever be a silver lining to the dark and heavy clouds on our horizon? Should those of us waiting for the final call from Yamaraj say adieu without any thought of what happens to this land of ours?

INGOs And NGOs Are Close Partners Of The Government: Minister Regmi By NEW SPOTLIGHT ONLINE 1 day, 4 hours ago