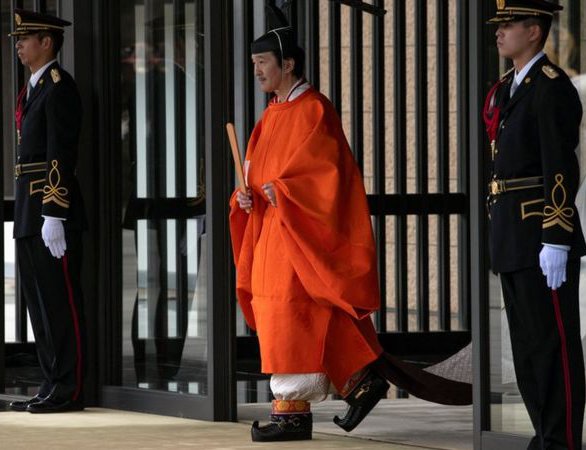 Japan's Crown Prince Akishino has been proclaimed to the public as heir to the Imperial throne. It was the last in a series of ceremonies associated with the succession of the throne.

The Prince, whose given name is Fumihito, became first in the line of succession in May last year. That was when his older brother, Emperor Naruhito, ascended the throne after their father's abdication.

The ceremony to proclaim him Crown Prince was originally scheduled for April of this year. But it was postponed because of the coronavirus pandemic.

Sunday's ceremony was attended by adult members of the Imperial Family and the heads of the three branches of government.

Emperor Naruhito said, " I hereby hold the Ceremony for Proclamation of the Crown Prince and as provided by the Imperial House Law, broadly proclaim to the people in Japan and the world that Prince Fumihito is the Crown Prince."

The Crown Prince then expressed his resolve to fulfill his duties.

Crown Prince Akishino said, "I am truly humbled to be granted the occasion of the Ceremony for Proclamation of the Crown Prince. I extend my deep thoughts to the responsibility as Crown Prince as I continue to fulfill my duties."