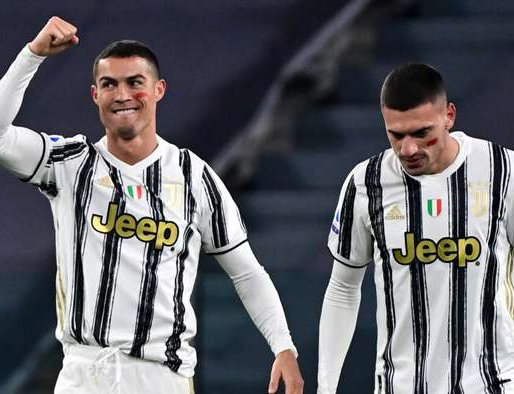 The Portugal ace added another couple of goals to his collection against Cagliari, much to the delight of Juve's under-fire boss

Cristiano Ronaldo was hailed as a born champion by Andrea Pirlo after the superstar forward kept his goalscoring run going with a double in Juventus' 2-0 win over Cagliari.Goal

The Portugal international scored twice in the space of four first-half minutes to take his tally for the season to eight goals in six appearances in all competitions.

In doing so, Ronaldo became the first Juve player to score in each of his first five Serie A outings in one season in the three-points-per-win era.

His match-winning brace came from five attempts and he also laid on three chances for his team-mates, earning praise from head coach Pirlo. 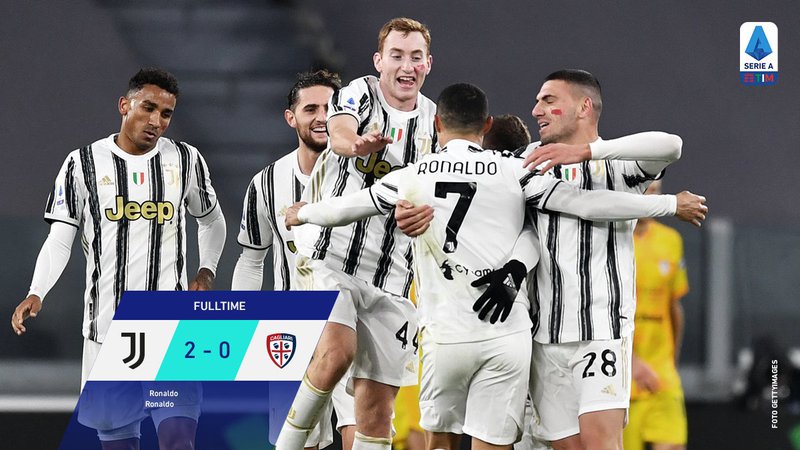 "He is a great professional, as we already knew," Pirlo told DAZN . "He is a real champion and sets the example for everyone around him, both in the matches and in training.

"The only advice I can give him is to keep going in the same way."

Juventus also had a Federico Bernardeschi goal ruled out for offside and tested opposition goalkeeper Alessio Cragno five times in Saturday's clash at the Allianz Stadium.

It was a dominant display from Juve, with nine of their players having at least 60 touches of the ball – only once in the last 15 years, against Bologna in 2018, have they done better.

The defending champions are second after winning four of their eight league outings under Pirlo, who is happy with the way his players are taking on his ideas.

"There's a lot of quality in this squad, but that alone is not enough," he said. "If we are going to dominate games then we have to work the ball quickly from side to side.

"The players enjoy this style of football. When we have possession we have to pin the opposition back.

"We've been trying this pressing game since the first game but have not had much time to work on it. It is about winning back the ball as quickly as possible to keep the pressure."

Arthur completed more passes (101) than any player on the pitch, with an unrivalled 57 of those in the opposition half.

In the week that he scored his first goal for Brazil, Pirlo hailed the former Barcelona midfielder for the way he has quickly adjusted to his new surroundings.

"He is the player we expected. He came from a different league and needed a period of adaptation," he said.

"Now he is better and is a very important player for our games if we are to avoid the opposition press."

Cagliari had a goal of their own ruled out when Ragnar Klavan headed home in the second half but they failed to register a single attempt on target in Turin.

They had previously won four of their last five games in all competitions but Eusebio Di Francesco conceded his side could have no complaints with the result.

"We came with a plan to press Juventus but their superior quality forced us back," he said. "They kept forcing us deep and they was always going to lead to a goal.

"We created more in the second half. We used players with little experience and sometimes that tells."