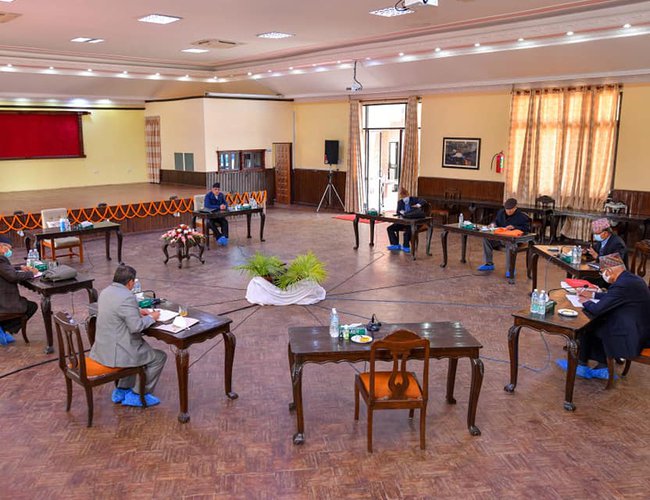 After declining to attend the meeting, the Secretariat meeting of the ruling Nepal Communist Party (NCP) has been postponed for Saturday, December 5.

Prime Minister KP Sharma Oli, who is also one the two Chairmen of the ruling NCP, did not participate in today's meeting, according to NCP spokesperson Narayankaji Shrestha.

The meeting was held at Baluwatar, the official residence of the Prime Minister.

Today's meeting was deferred for an hour so as to make it easy for the PM to participate in the meeting.

He expressed hope that PM Oli would participate in the next Secretariat meeting as discussions over the reports presented by both the Chairmen, PM Oli and Pushpa Kamal Dahal 'Prachanda' which had already started, would be better when both of them attended the meeting.

LOCAL POLLS EC Sets Goals By A Correspondent 1 week ago

LOCAL ELECTIONS Countdown Begins By A Correspondent 3 weeks ago