Juventus 4-1 Udinese: Ronaldo Brace Gets Bianconeri Back On Track 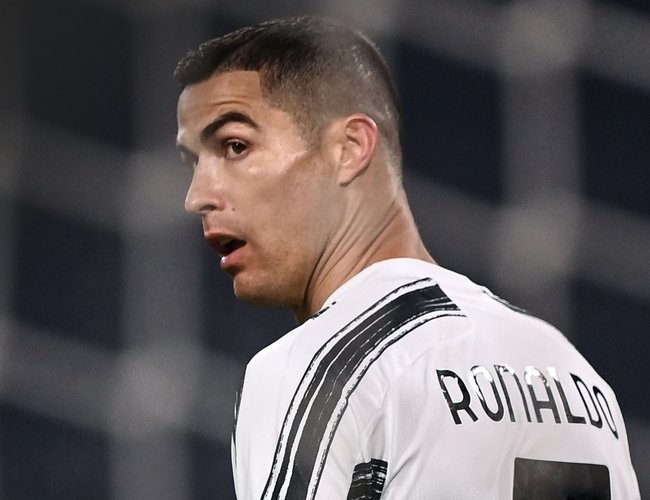 Cristiano Ronaldo moved onto 20 goals for club and country for the 15th straight season as his double helped Juventus down Udinese.

He might be 35, but Ronaldo is showing no signs of slowing down. His first-half strike marked the 15th consecutive season he has plundered 20 goals for club and country.Goal

Ronaldo followed that up with an assist and another goal to complete a wonderful individual performance, and he has now scored twice in six Serie A matches this season, a joint-record alongside Bayern Munich's Robert Lewandowski across the big five European leagues. Dybala's late goal might just be the confidence boost the Argentina international needs after a difficult start to the season.

The well-taken dink was just his second goal in Serie A this term and came at the end of a game in which he lost possession a whopping 21 times – eight more than any other Juve player.

Cristiano Ronaldo scored twice as Juventus bounced back from their Fiorentina fiasco with a 4-1 win over Udinese at the Allianz Stadium on Sunday.

Andrea Pirlo's side suffered a humiliating 3-0 home defeat to La Viola before the mid-season break, but they kicked off 2021 with a win that ensured the gap to Serie A leaders Milan remained at 10 points.

Ronaldo put Juve ahead in the 31st minute with a fine strike after Udinese's Rodrigo de Paul had seen an effort ruled out by VAR.

Federico Chiesa and Ronaldo then made sure Juve avoided going three consecutive home games without a win for the first time since 2015-16.

Marvin Zeegelaar snatched a consolation for Udinese, but Paulo Dybala had the final say in stoppage time.

Aaron Ramsey squandered a golden opportunity to give Juve a seventh-minute lead, the former Arsenal man firing straight at Juan Musso from inside the six-yard box.

Udinese almost punished Juve immediately, but De Paul's effort was ruled out following a VAR check for a handball earlier in the move.

Ronaldo burst into life shortly after the half-hour, racing into the area and cracking a low shot past Musso for his 13th league goal of the campaign.

Udinese's goalkeeper was beaten again in the 47th minute after Chiesa rolled in from Ronaldo's incisive pass.

A VAR check for handball denied Ramsey a goal five minutes later, while at the other end Jens Stryger Larsen crashed a header against Wojciech Szczesny's crossbar.

Ronaldo grabbed his second 20 minutes from time, coolly steering past Musso with his left foot, before Udinese pulled one back in the 90th minute when Zeegelaar – who had earlier hit the crossbar – lashed in from close range.

There was still time for Juve to add further gloss to a much-needed win, however, with Dybala clipping home with the final kick of the game.

It could have been very different had De Paul's early strike not been ruled out, but Juve were excellent value for all three points. They had 20 shots – 10 on target – to Udinese's 10 and enjoyed 63.1 per cent possession.

They will need to rely on lady luck if they are to claim a 10th consecutive Serie A title given Milan's healthy lead, but with Ronaldo leading the charge, anything is possible.