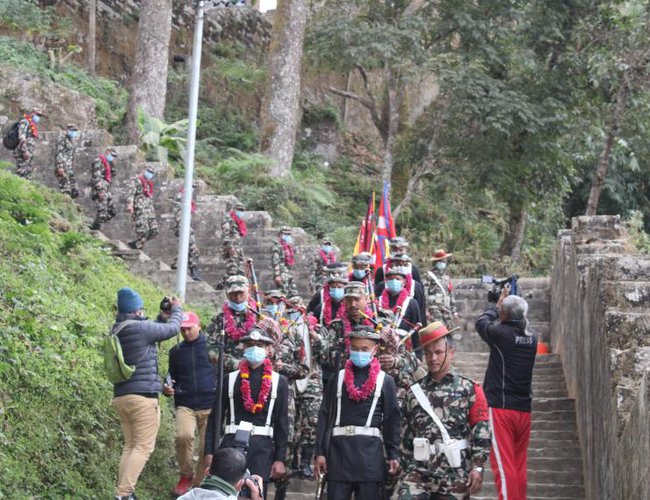 Started as a way of remembering and commemorating the historic unification campaign of Nepal by King Prithvi Narayan Shah, the Nepal Army is organizing the unification march this year as well.

History has it that the National Hero King Prithvi Narayan Shah’s conquest of Kathmandu started from Gorkha moving along Dhading and Nuwakot.

On a recent morning, the march was set afoot at Gorkha – the starting point of the unification campaign as a band of army officials left for Kathmandu – the endpoint of the Unification Trail. “To preserve our history, and ignite a feeling of unity among us Nepalis, we have initiated this concept,” said Binay Bikram Rana, Major General of Nepal Army’s West Division Headquarters. “The trail will also be helpful in reviving historical tourism in the country,” he added.

With reference to the path taken by the then King Prithvi Narayan Shah, the army personnel will follow the unification trail en-route to Kathmandu. The band of soldiers is scheduled to reach the capital on foot on Poush 27 to mark Prithvi Jayanti, the late King’s birth anniversary.

In a special ceremony held at Hanuman Chautari inside the Gorkha Durbar premises, the personnel participating in the walk were bade adieu amidst the humongous uproar of panchebaja.

The team of 40 individuals left for Kathmandu carrying the torch, the National Flag, as well as flags of five companies of the Nepali Army, established back in the time of King Prithvi Narayan Shah (Shreenath, Kalibaks, Purano Gorakh, Bardabani and Sabud Battalion), informed Ujjwal KC, Lieutenant Colonel and Battalion Head of Ranasingh Dal Battalion, Gorkha. The army squad will also include personnel dressed in traditional army costumes from the time of unification.

Rajanraj Pant, Mayor of Gorkha Municipality, during the farewell ceremony said, “History can’t be wiped out, which is why we should honor and preserve it,” he said lauding the march. “Gorkha Municipality will always be keen on helping promote such activities like unification march.” 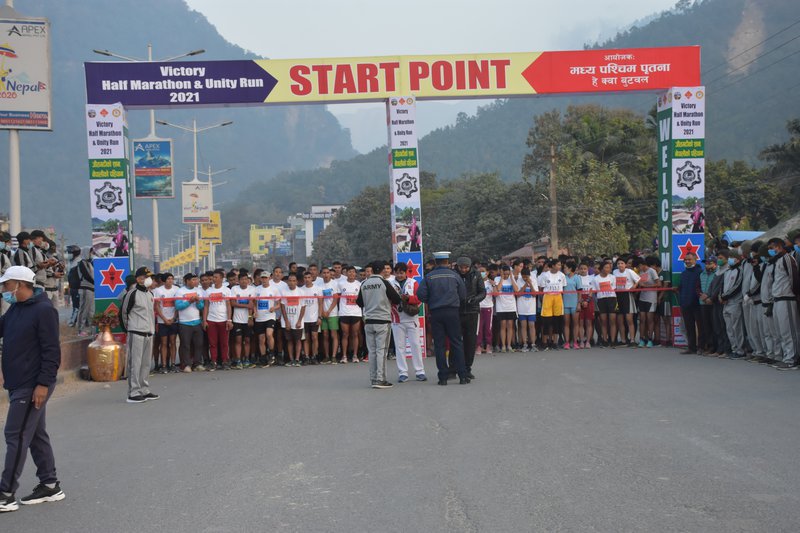 “As the squad navigates through these places, local authorities can host special cultural programs to entertain the squad while also enthralling and informing the locals about the unification march,” exclaimed Gorkha’s Chief District Officer Tirtha Raj Bhattarai.

These groups will also be welcomed along the trail with cultural events. The team will march from Gorkha to Dhading border and will hand over the army flag and torch to the Dhading-based Devidutta Battalion and the Dhading-based army battalion will carry the flags and torches from Dhading to the Nuwakot border.

Similarly, the army battalion in Nuwakot will hand over the flags and torches to the army in Kathmandu. He said that the trek will reach Kathmandu on Poush 27. 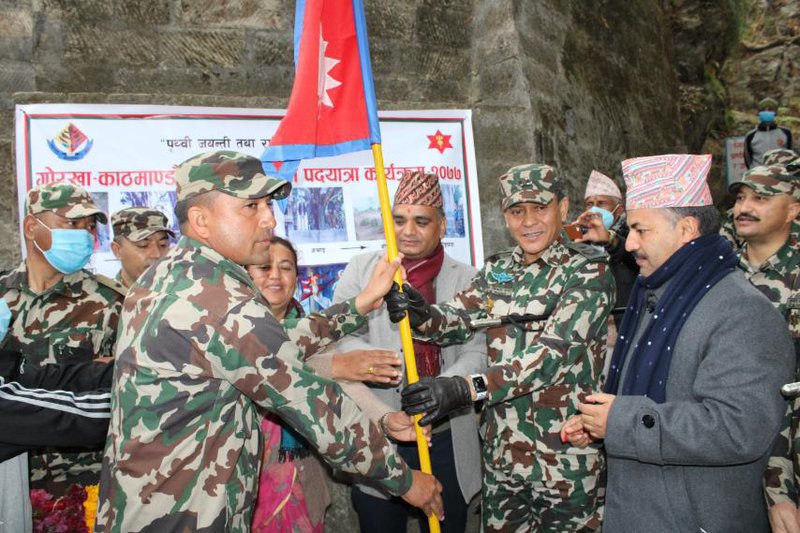 The Unification March began only last year on Poush 18, which Nepali Army seems adamant to continue in the coming years. Last year, the army had even conducted a marathon on the occasion, but given the pandemic scare, it has been discontinued this year.

Child Marriage Kills More Than 60 Girls A Day Globally And 6 Girls Daily In South Asia: Save The Children By NEW SPOTLIGHT ONLINE 6 days, 17 hours ago

DASHAIN : Mother Of All Festivals By Reezan Poudel 1 week, 1 day ago

JAPAN’S SUPPORT School Reconstruction By A Correspondent 1 week, 1 day ago

City Of Subhuman By Deepak Raj Joshi 1 week, 1 day ago 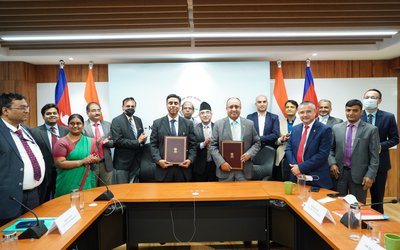