As usual, the message of Chinese high-level delegation was around the concern over the security on Tibet following a new political development in Nepal 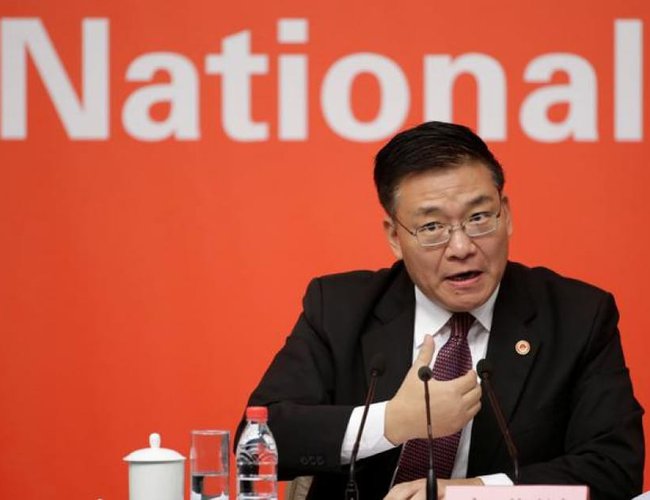 Veteran foreign relations expert and scholar Rishikesh Shaha said geography is a major factor determining the destiny of the country. He wrote in his article that geography is a determinant to decide the fate of relations with any country and Nepal is no exception.

With its south facing topography with large stretch of flatland in the south and higher mountains in the north, with hostile terrains to develop easy access, there is a limitation for the northern neighbor due to the geography.

Unlike speculations and expectations, the Chinese high level delegation came and left. With its limited capacity to bring any change in the political, social and economic order of Nepal, China’s policy towards Nepal remains unchanged: Encourage parties to unite and maintain stability.

China sees the stability in Nepal is a pre-requisite for the security interest of Tibet. Chinese scholar Wang Xung in his book Nepal’s National Defense Strategy and Nepal China Relations writes open border of Nepal and India, accessible geographical terrain and strong presence of Tibetan Refugees in Nepal are three major threats to China’s security in Nepal. He writes only politically stable Nepal can protect Chinese interests in Nepal.

Although China has intensified its activities and presence in Nepal following the declaration of republic and federal order in 2006, China is not in a position to intervene in political crisis.

Their recent unsuccessful bid to bring unity in ruling Nepal Communist Party indicates their weakness in Nepal. Although China has been supporting communists in Nepal since 1950, Chinese Communist Party is unable to turn the party in its favor.

Destined by geography, culture and civilization, it is virtually impossible in the present context for any power to turn Nepal into its influence zone including China.

People in power see China as a counter balance to reduce the influence of India and a section of Indian and Nepalese intellectuals also over sensitize the issue of Chinese influence in Nepal. The failure of the visiting high-level Chinese delegation in achieving anything substantial has exposed its weakness.

The crisis erupted on Dec. 20 when Prime Minister KP Sharma Oli, decided he could no longer work with rival factions within his Nepal Communist Party (NCP), which was formed in 2018 to unite the Marxist-Leninist and main Maoist parties following their success in elections in late 2017.

With two years of his term to run, Oli dissolved parliament and called for fresh elections in a move that foreign diplomats say caught China by surprise and plunged the impoverished nation of 30 million people into uncertainty.

Within days, Beijing dispatched to Kathmandu Guo Yezhou, a vice-minister in the Chinese Communist Party (CCP) International Liaison Department, which manages relationships with foreign political parties of all hues, both in power and opposition.

“It is evident that China is angered by Oli’s abrupt move amid a pandemic … they are clearly concerned about the massive investments they have pledged,” said a senior European diplomat.

“They are shocked as to how Oli could make a bold political move without prior consultations,” said the diplomat, requesting anonymity as he is not authorized to speak to the media.

Guo has held separate meetings with Oli, and rivals in the communist party to get their sides of the story, as well as leaders of the main opposition party and other politicians. 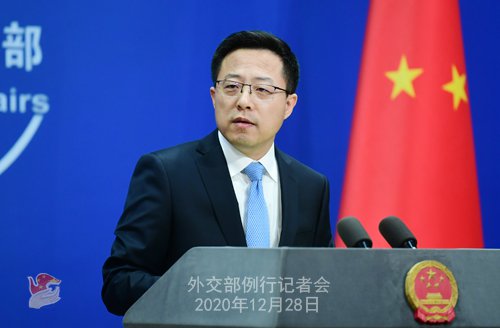 Commenting on the delegation’s visit to Kathmandu, China’s foreign ministry spokesman Zhao Lijian said China hoped “all the various parties in Nepal can put national interest and the overall situation first, and proceed from there, while properly handling internal differences and working towards political stability and the country’s development.”

Madhav Kumar Nepal, a former prime minister and one of the main critics of Oli within the Nepal Communist Party (NCP), was high on Guo’s dance card, and Ram Karki, the NCP’s deputy chief of the foreign affairs attended their meeting.

“They want to listen more than they speak. They wanted to know the reason leading to the split in the party,” Karki said of the Chinese delegation.

“China always wants stability in Nepal. Since the CCP has a fraternal relationship with the NCP, they are concerned about the present situation. Certainly, they tried to know whether there is any possibility of uniting the party,” Karki said.

“Irrespective of any change in Nepal, China wants to continue its relationship with all political parties and its economic cooperation including the Trans-Himalayan Multi Dimensional Connectivity Network,” Dinesh Bhattarai, a Deuba aide present at the meeting, told Reuters.

“Why would a country rush a delegation to a neighbouring nation amid a pandemic? It’s rather obvious they control the internal politics of Nepal as they want to expand investments in near future,” a senior Western diplomat said.

Sandwiched between India and China, Nepal’s tilt into China’s orbit is a growing concern for India. Oli has raised border disputes between Nepal and India at a time when India is already dealing with the worst tensions in decades along sections of its long frontier with China in the Himalayas.

They claimed that the delegation was not in Nepal to discuss Nepal’s domestic affairs as rumoured in the media. However, their claim was taken with a pinch of salt.

Political scientist Dev Raj Dahal said China was using its soft power to influence Nepal by sending CPC leaders. He said the Chinese side was concerned about security and stability in Nepal as Nepal lay below Tibet, ‘the geopolitical loophole of China’.

He said China was concerned about stability in Nepal also because it was eyeing India’s vast market and doing business with India through Nepal would succeed only if Nepal remained politically stable.

According to Dinesh Bhattarai, who was present in the Chinese delegation’s meeting with Deuba, the Chinese side appreciated the role of the NC in promoting relations between Nepal and China both at party-to-party and country-to-country levels.

EP DELEGATION Visit For Cause By A Correspondent 3 days, 16 hours ago