The Asian countries did not stick only to conventional options. 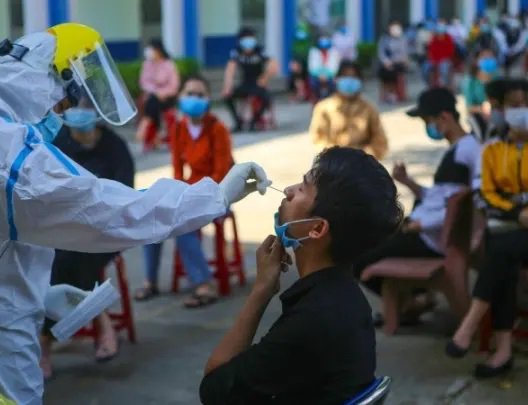 According to Worldometer global database, which sources data from national ministries of health and the World Health Organisation, of the 215 nations and territories that have reported COVID-19 cases, 120 have experienced clear second waves or late first waves that began in July or later. With thousands of deaths, many countries have now gone into the strictest of lockdowns. Flights have been cancelled and businesses have been forced to close down again. The economy, which was slowly showing signs of recovery, is in shambles once again.

Going by the news coming in recent days, of these 120 countries, only six have definitively emerged from their second wave: Australia, South Korea, Japan, Hong Kong, Vietnam and Singapore. In other words, 5 Asian countries have successfully emerged or are doing well to control the second wave of virus in their respective countries. The first wave of coronavirus swept through the world unprepared. However, the entire world had enough time to prepare for the second wave. Still, why were some countries caught off guard while how did other countries tackle it relatively better?

One of the first reasons why Asian countries were better in handling second wave is due to the swift action taken by their governments. For instance, by early February, South Korea had swiftly developed a system to conduct about 10,000 free tests daily, while relying on apps and GPS technology to track down cases - giving it the framework to quickly squash any new outbreaks. In Vietnam, which still has one of the lowest deaths, a targeted approach and strong political leadership led to swift actions like implementing a strict lockdown. In other words, there was a clear approach from the government on what to do and how to contain the virus. Things were the exact opposite in the Western countries. The decisions by government were not as swift as they should have been. Governments feared that their decision to re-implement restrictions would not go down well with many as they would feel their ‘personal freedom’ being violated.

The Asian countries did not stick only to conventional options. For instance, four of the five Asian countries that have emerged from their second wave did so without relying fully on lockdowns. They showed that options like lockdowns are intermediate options, but they only work if certain conditions are met. They engaged heavily in effective testing, contact tracing and isolation capacities; a culture of wearing masks and following public health directives; electronic contact tracing; and selective local restrictions such as closing bars, restaurants and places of worship. In other words, the countries, through their past experience and logical thinking showed that there was no one-solution fits all approach. In Vietnam, for instance, one of the reasons why people wore masks and maintained social distancing was because of the heavy emphasis of the government on innovative social messaging. Such innovative approach has been largely missing from many European and western countries.

European and western countries were also too early to let their guard down which has given them a hard time in containing the virus. Summer is the vacation season and a ‘golden goose’ for European economies. Many countries thus lifted various restrictions to enable tourism. As a result, many people had a sense of regained freedom and a feeling of lesser need to adhere to physical distancing measures which proved to be fatal. In Asian countries, on the other hand, the government did not let its guard down so quickly. For instance, Hong Kong barred non-residents from entering the city for the longest time, halted travelers from transiting through the city's airport, and implemented strict quarantine and testing measures on all arrivals to the city, regardless of origin. Those under home quarantine were given electronic bracelets to track their location. While in countries like UK, there was a rush to open pubs and bars, in Asian countries, the government implemented restrictions like prohibiting alcohol sales in bars and closing all gyms and sports facilities for a very long time. All of this contributed to better management of the second wave.

Nepal Was And Will Always Be A Country That We Will Be Proud To Continue Our Cooperation By Hanan Goder-Goldberg 6 hours, 53 minutes ago

The Opening Of The Airport Is A Milestone In Nepal’s Aviation And Tourism Sectors By Arnaud Cauchois 3 days, 15 hours ago