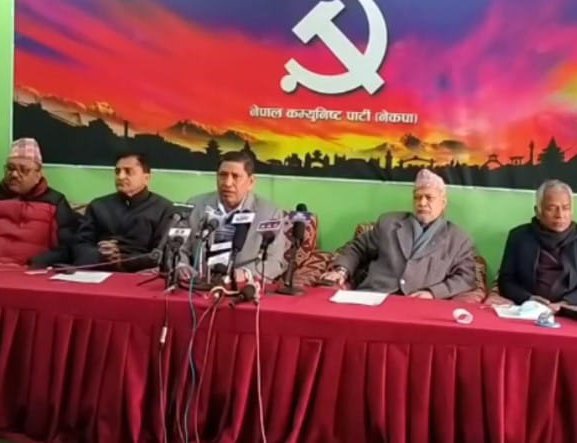 The Dahal-Nepal faction of ruling Nepal Communist Party has announced the launch of fourth-phase of nationwide protests against Oli-government reports The Himalayan Times..

According to the daily, the faction's spokesperson Narayan Kaji Shrestha, in a presser held Sunday, informed that various programmes will be held in this round that will begin on February 17 and last for ten days, till February 27.

As per the event-roster, district-level protests will be held through February 17-24.The main highlight of this phase is the purported human-chain around Tundikhel in the capital on February 18 which will incorporate issues such as House Dissolution, violence against women, among others.

From February 19 till February 27, signatures against the Oli-government will be collected at various places.Likewise. there will be ward-level demonstrations on February 19, an interaction in Kathmandu on February 20 says daily.

POLITICS Uncertain Future By A Correspondent 3 days, 1 hour ago