At a function organized by Nepal Army, Prime Minister K.P. Sharma Oli stressed the need for coordination among different agencies 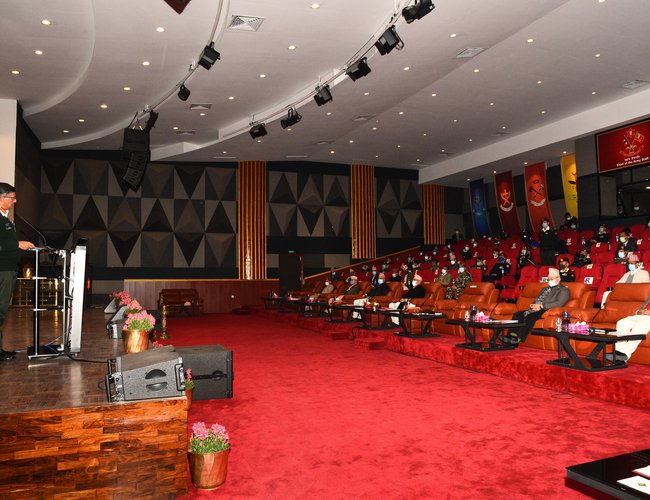 At a time when there are over three dozen different organizations working in the border related issues, there are more confusions and contradictions in handling the issue due to lack of coordination. A seminar organized by Nepal Army in this regard is highly important.

Addressing the seminar, COAS General Purna Chandra Thapa has made it clear that Nepal Army will play a leading role in the border management of the country, coordinating with 34 different organizations.

“There are 34 agencies involved in the border management. There is the need to have better coordination and management among these agencies. The crisis of COVID19 has taught us many lessons on difficulty and challenges posed by open border,” said General Thapa. 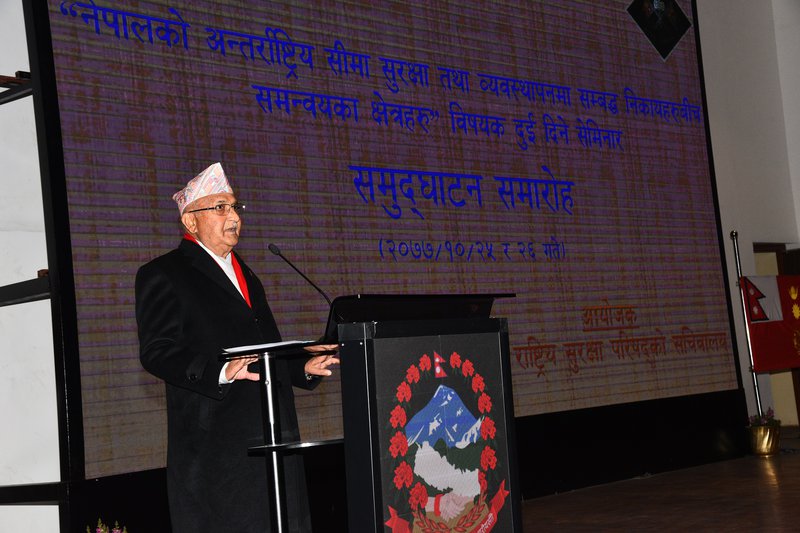 Inaugurating the seminar, Prime Minister KP Sharma Oli pointed out the need of resolving the border related problems through serious diplomatic efforts and dialogue between Nepal and India.

The seminar was titled ‘Nepal’s International Border Security and Areas of Coordination among Border Management related Agencies’. The prime minister argued that the relations with neighboring nations could be made cordial and emboldened only on the basis of facts, equality, respect and justice not on hegemonic measures.

“In order to consolidate Nepal-India ties in a cordial manner, we had to print the map and talk to India. Our relations could turn to be cordial by only returning our territory through dialogue. Border disputes are prevailing in Susta and Kanchanpur,” he said.

Open and friendly dialogue would be held with India regarding the issue of Limpiyadhura, Lipulekh and Kalapani based on facts and evidences, he said, adding, “We must retain our territory. Both the nations should consider fact and truth in maintaining relations. Are both the countries in a position to claim other’s territory?”

PM Oli went on saying, “There have been some historically-unsolved border problems. The issue of Limpiyadhura, Lipulekh and Kalapani has remained unaddressed for the past 58 years. We were forced to get displaced silently when the then ruler did not dare to speak up against the intrusion.”

He claimed that a new political and administrative map was printed by including these territories of late. “We updated the map and also included it in the schedule of the Constitution and coat-of-arms.”

It is not true that the move has increased misunderstanding with India, he said, adding that, “We need to assert our claim on our territory at any cost. The border security agencies should be highly cautious and alert when the border affairs become more sensitive,” PM Oli added.

“We have been admonished and warned while claiming our territory,” he said, adding that, “There would be dialogue in future to resolve the border disputes”. He also directed the concerned authorities to pay special attention towards preventing intrusion in Nepali territories and misusing of no-man’s land in the coming days. Border security is an integral part of national security, PM Oli said, adding, “How can a nation remain secure when there is no border security? We have framed a working policy to implement security policy to that end.”

Of late the government has increased the force of border security and border outposts, PM Oli shared, adding that adequate attention has been paid to equip the force with logistics. 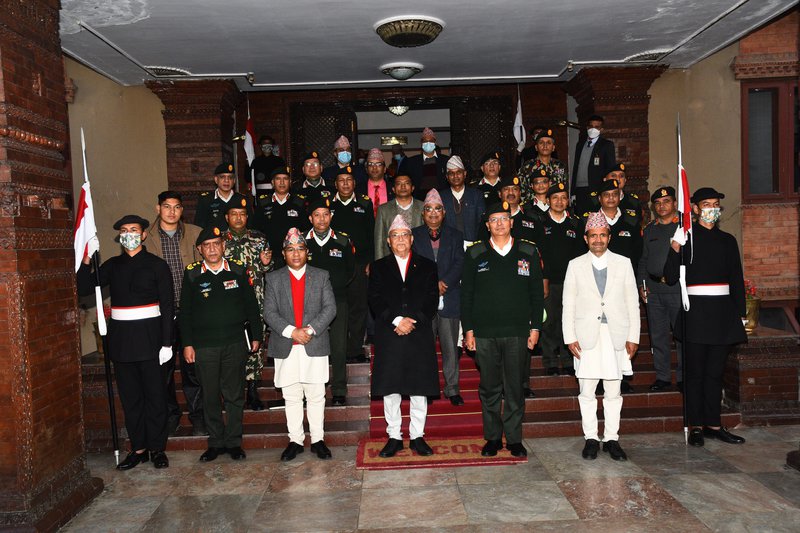 “The Constitution has represented the aspirations of the nation and the people. The independence, sovereignty, territorial integrity and prosperity should be best utilized for country’s sake,” he said, adding, “There are some problems along the border as we are India-locked from east, west and south directions”.

Citing shifting out of border pillars in Kanchanpur and other areas of Terai, he asserted that Nepal would not accept reference border pillar as the real one. “We should responsibly take initiative for the security of our land and territory.”

Nepal is a country of glory not only from the evolution of civilization but also from the perspective of origin of knowledge, its expansion and investigation, he claimed. “We can feel the glory of our country not only because of the nature but also the because of the contributions our ancestors made in building the nation.”

Prime Minister Oli further said that Nepal has not left its campaign of independence and respect in the history albeit there were some weaknesses.

“The ministry would not leave any stone unturned in providing necessary resources and technology. It is realized that there is the need to develop a mechanism for coordination and information sharing among all security agencies.” 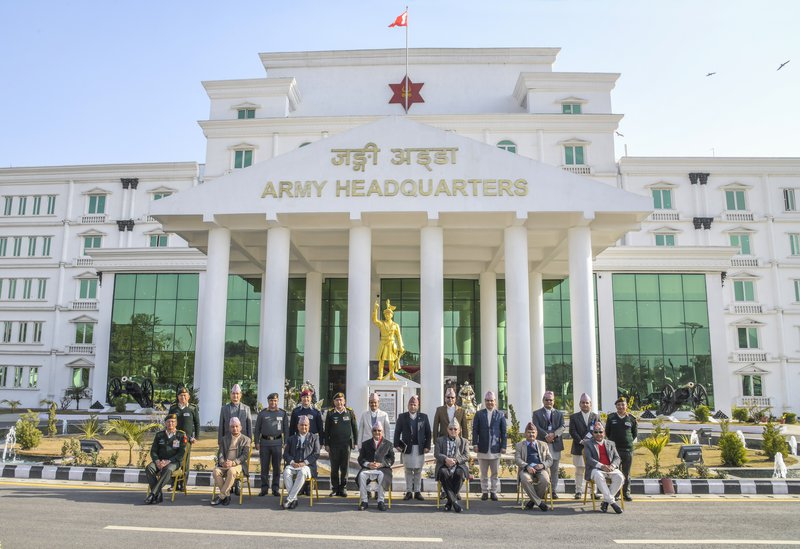 Chief of Army Staff General Purna Chandra Thapa said the border should be managed scientifically taking into consideration the concerns of the general public and complications experienced during the time of COVID-19.

At a time when as many as 34 agencies have been involved in the management of international border of Nepal in a direct or indirect manner, Nepal Army’s initiative is valuable to maintain Nepal’s border.

Although the border issue is politically very sensitive in Nepal, Nepal Army organized the program bringing different agencies working in the areas for better coordination.