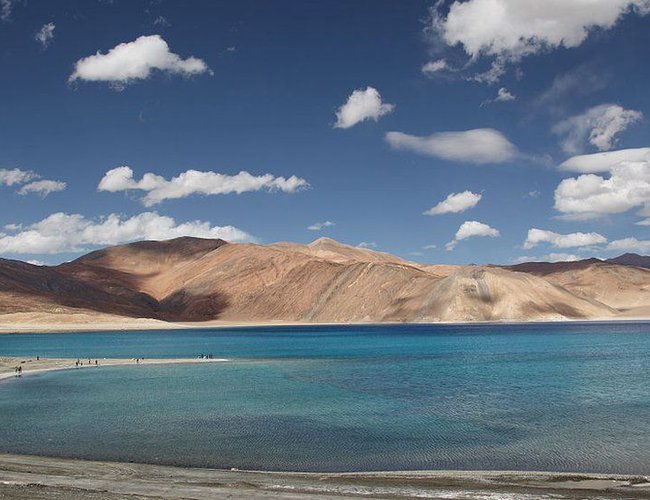 India and China have completed the pull-back of troops from part of their disputed Himalayan border, a joint statement issued by the Indian defence ministry says.

Soldiers completed their withdrawal from the Pangong Tso Lake area on Saturday, according to the communiqué.

Clashes on the poorly marked border led to the deaths of 24 troops last June.

Both sides say they will work to cut tensions on other parts of the border, or Line of Actual Control.

China and India announced their intention to withdraw forces from the lake area on 11 February, and commanders met on Saturday to assess how the operation was going.

"The two sides positively appraised the smooth completion of disengagement of frontline troops in the Pangong Lake area noting that it was a significant step forward that provided a good basis for resolution of other remaining issues along the LAC in Western Sector," Sunday's statement said.

Commanders held nine rounds of talks to get to this stage.

The statement acknowledged that other parts of the border remained tense and looked forward to continuing talks.

"The two sides agreed to follow the important consensus of their state leaders, continue their communication and dialogue, stabilise and control the situation on the ground, push for a mutually acceptable resolution of the remaining issues in a steady and orderly manner, so as to jointly maintain peace and tranquillity in the border areas."