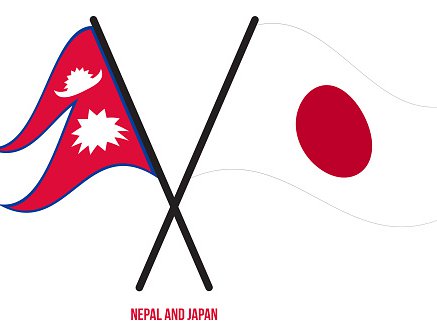 “Japan associates Nepal with two or three things. First and foremost is the Himalayan landscape. Second, many Japanese know Hindu gods and Buddhism both are worshipped in Nepal and that spiritual root has commonalities with the spiritual root Japan has had. So Nepal and Japan are bound by spirituality. There have been long-term commitments from Japan in terms of developing infrastructures, water facilities, education, health and others. Water is more important than petrol,” said Professor Tomohiko Taniguchi, who works at the Graduate School of System Design and Management, Keio University. The professor was also a Special Advisor to the Cabinet of Prime Minister Shinzo Abe.

Doctorate in national security, 20 years in business journalism, a stint for 3 years in London and one-time President at the Foreign Press Association in London, Professor Taniguchi sees: Nepal Is A Crown Jewel For Humans Because Of Its Geographic Treasure.

For those Nepalese who like to know how Japanese scholars hold the view on Nepal, Professor Tomohiko Taniguchi’s opinions give an example of Japanese citizen’s average perceptions of Nepal.

Japanese citizens and scholars have been holding highly appreciative views on Nepal and its beautiful landscape since the first Japanese visitor to Nepal. Ekai Kawaguchi (1866-. 1945), a Buddhist monk, was the first recorded Japanese national to visit Nepal in 1899. He visited Nepal four times. In his description, he was also highly influenced by the culture, religious harmony and nature of Nepal.

Similarly, Takehide Kazami, a photographer, who visited Nepal in 1958, had unprecedented love towards Nepal. “In 1958, I spent a couple of months in Nepal, where I fell in love with Nepal. In the postscript to me,” Nepalese Mountains and people,” published in 1960, I wrote:” You don’t need to have to climb a mountain in Nepal to experience the beauty of the country. There is something indescribably delightful in just wandering around the countryside with a small party, the great mountains towering above you.”

From interviews of few highly respected scholars from different areas and high-level government officials, their opinions and remarks showed that they are highly informed about Nepal’s overall situation and are fond of the beauty of Nepal like Professor Tomohiko Taniguchi.

Although Nepal is far away from Japan in terms of geography, scholars and officials in sea-locked Japan admire land-locked Nepal and its religious, cultural, natural and strategic place.

All these indicate that Nepal-Japan relations have several dimensions linked with all the sectors. “As a friend of Nepal, I think Japanese Nepalese cooperation will remain stable and foster future dreamers. Japanese have to work more with Nepalese to share the same dream for the Nepalese future. Young people in Japan and Nepal need to work together to create a shared dream and future of Nepal,” said Professor Taniguchi.

Given the current geopolitical tectonic shift and growing concern in Nepal over the rivalry between the two Asian powers, Japanese strategists have firm views on the role of Nepal.

“As Nepal is not a big military power, Nepal can be a good third-party negotiator between India and China. Nepal has a very important role to play in the future,” said Professor Seijiro Takeshita, teacher of management, international affairs, and innovation at the University of Shizuoka. “Being smaller than the two parties is your strength. Your weakness is actually your strength.” Professor Takeshita understands Nepal’s position in depth.

As Nepal has transformed from a unitary state to a federal republic, Japanese scholars have been keenly watching the development and evolution. This is what one can see in the opinion given by Professor Akira Nakamura, Emeritus Professor of Meiji University.

Given the current state of transition, Japanese scholars are keenly watching the whole process. “It is good for Nepal to change the outlook of the government. You cannot change the whole system in a short period of time. The changing process is strenuous and calls for hard work on the part of the nation’s leaders. I am sure that Nepal would receive a lot of pressure from different donors. But as often said, Rome was not built in a day,” said Professor Akira Nakamura.

Not only among the scholars of international relations and governance, but Nepal has also been on the eye of renowned natural disaster experts of Japan. Paying several visits to Nepal and interacting with experts, Professor Satoru Nishikawa, University of Nagoya, Disaster Mitigation Research Center (DMRC), has built understanding about Nepal’s disaster management challenges. “Like Japan, Nepal does have a lot of earthquakes and you need to learn from Japan in implementing the building code and make your houses are safe and seismic resistant. There is the need to have a multi-stakeholder approach to deal with the disaster. The earthquake safety of houses and buildings is very important,” said Professor Nakamura.

Having had long support in the sports sector by Japan, Nepal is familiar with Japanese sports officials. Organizers of Tokyo Olympic 2020 are eagerly waiting to welcome the Nepalese squad in forthcoming games. “Tokyo Olympic will be held in summer 2021. We are waiting to welcome all the athletes including Nepali in the game,” said Tatsuo Ogura, Project Director of the International Communications Team.

Since the establishment of diplomatic relations between Nepal and Japan, both countries have been maintaining their cordial relationship enhancing the bilateral relationship.

Despite the change in the pattern of support, Japan remains a major development partner of Nepal. “Our support to the development and stability of Nepal leads to our contribution to the stability in the whole of South Asia which is politically and economically important. Therefore, Japan will promote its cooperation with Nepal from the vision of contributing to the stability and prosperity of the region,” said Hitomi Sato, Senior Regional Coordinator, Southwest Asia Division of Ministry of Foreign Affairs of Japan.

Coordinated by Yuriko Akiyama Ph.D., First Secretary (Information and Culture of Japanese Embassy in Nepal, the seven interviews of various dignitaries carried out online from Japan have shown growing interest in Nepal in Japan.

Despite the geographical distance, Nepal continues to receive high attention in Japan. Statement delivered by professor Taniguchi explains the affection of Japanese people to Nepal.

The best asset Nepal has will continue to be the same as Nepal has had over centuries that are your beautiful landscape. There will be a lot of mountaineers who wish to climb those majestic peaks. If you put together all these elements, the development for a country like Nepal should be the agro-centric, tourism-centric and human capacity-building focus. In retrospect, that is what Japan has been doing for many years. I think Japan should make it clear even more to grass root community in Nepal saying that Japan is here with you and what Japan could provide with you are these things.”