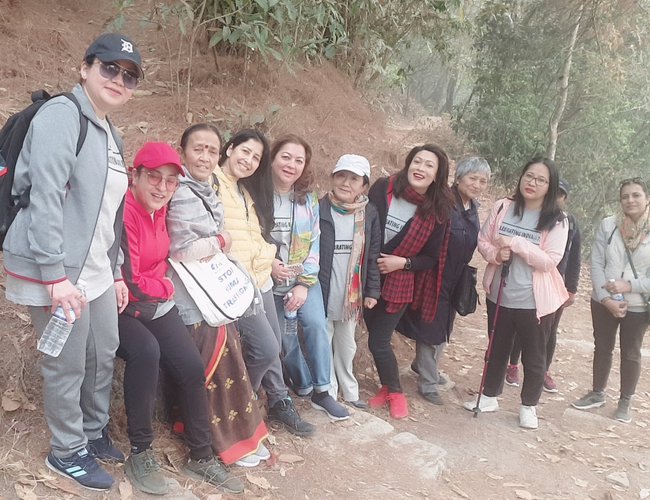 The Embassy of India, Kathmandu had organized an All-Women Hike at Shivapuri National Park, on 27 March 2021. The hike was dedicated to building ‘a society free from trafficking and other forms of exploitation against women and children’. The event is part of the ongoing ‘Azadi Ka Amrit Mahotsav’ celebrations marking the 75th anniversary of Indian Independence.

‘AzadiKaAmritMahotsav’ is an initiative of the Government of India to celebrate and commemorate 75 years of the Indian Republic and the rich history of it’s people, culture and achievements. 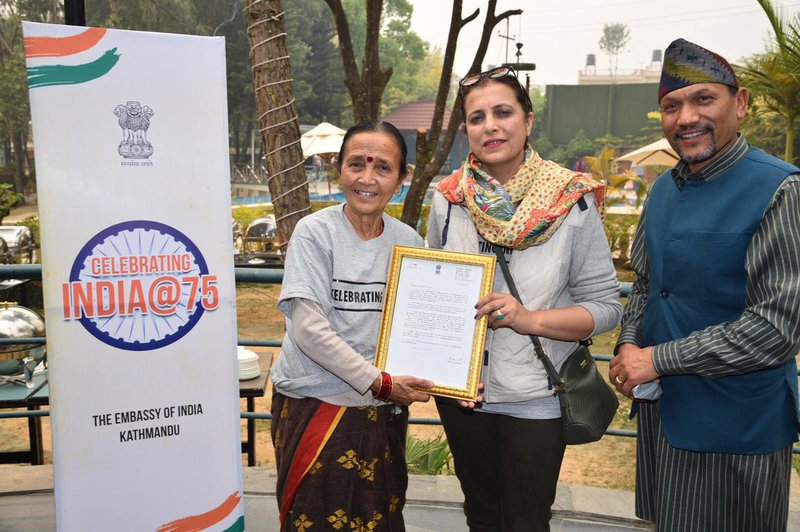 The Main Curtain Raiser Event of the Mahotsav was held on 12 March at Sabarmati Ashram in Gujarat wherein, interalia Prime Minister Narendra Modi flagged off a freedom march (padyatra) of Padyatris from Sabarmati Ashram culminating at Dandi in Gujarat.

Eminent Nepali women drawn from different walks of life participated in the hike along with women officers from the Indian Embassy led by Deputy Chief of Mission Namgya Khampa. Pooja Kwatra, Spouse of Ambassador of India Vinay Mohan Kwatra, also took part as a Special Guest of Honour.

The Embassy had teamed up with a Nepali NGO ‘Maiti Nepal’, founded by Padma Shri awardee Anuradha Koirala. ‘Maiti Nepal’ has done pioneering work in Nepal in the rescue, rehabilitation and mainstreaming of victims of trafficking. Pooja Kwatra presented to Anuradha Koirala, 15 Government of India sponsored scholarships for survivors or their next-of-kin sheltered in ‘Maiti Nepal’. 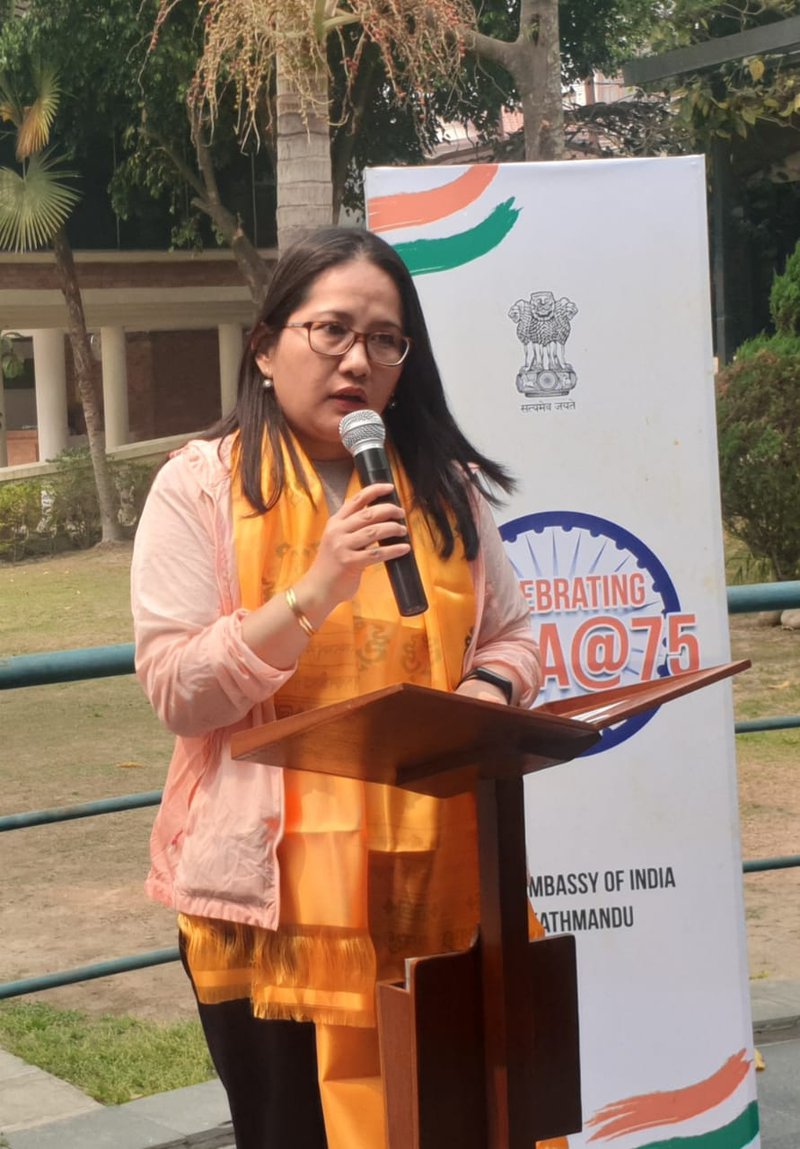 India will be celebrating its 75th anniversary of Independence on 15 August 2022. To mark this momentous milestone, the Government of India has planned a series of events under “AzadiKaAmritMahotsav” that has commenced on 12 March 2021 starting a 75-week countdown to August 2022 and will end post a year on 15 August 2023. 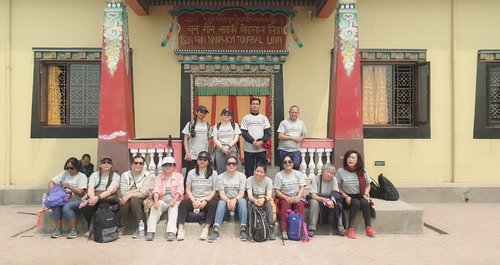 Over 93 Percent Results Of Local Poll Announced, Balen and Chiribabu Leading In Kathmandu And Lalitpur Respectively By Agencies 3 hours, 49 minutes ago

Only 10 Percent Of Results Remains In Local Level Polls By Agencies 1 day, 3 hours ago

Balen Shah Leading The Race with Over 4500 Votes By NEW SPOTLIGHT ONLINE 5 days, 3 hours ago