Kishore Mahbubani, author of Has China Won? The Chinese Challenge to American Primacy aptly puts it in one of his recent interviews. 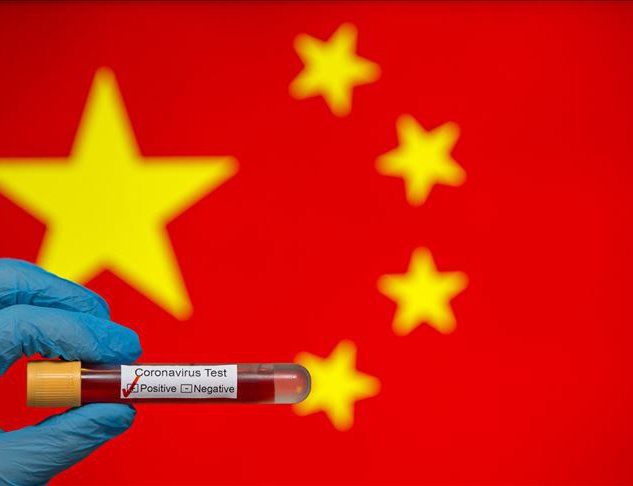 The casualty figures show no sign of stopping anytime soon. With the number of COVID-19 infected and deceased going up by the day and a second and even third wave being witnessed in different part of the world, governments across Europe and North America are scrambling to put measures in place. Talks of how the world will look like after the containment of the virus are slowly starting to emerge. New York Times columnist Thomas Freidman writes that the world will now have a new historical divide, BC—before corona and AC—after corona—while acclaimed author Yuval Noah Harrari feels that in the post COVID world, people might have to forgo their privacy for the sake of their health. Many others have their own arguments.

Only time will tell how the experts’ prophecies will play out. But history does show that big events, be it pandemics or war, have always impacted the existing theological, philosophical, economic or political beliefs. The bubonic plague which spread across Europe between 1347 and 1351 challenged the religious dominance of the Roman Catholic Church with many questioning why God inflicted such suffering on humankind. The spread of smallpox and efforts to contain it in the 20th century led to a revolutionary change in the global health system. The effect of wars has been no less. World War I left much of Europe in severe economic distress and the dominance of Germany and the Ottoman Empire crumbled. The end of the Second World War ushered in another profound political change—the rise of the US and USSR as global superpowers.

There is no denying that we now live in a more scientifically advanced, peaceful, globalized and interdependent world that does limit chances of drastic transformations. But indications that we were in for some change was already apparent since a few years back. What were the indications? For one, the swift economic growth of China and India had already started to give signals that the coming decades belonged to the East. A change in the global order was slowly being predicted. In this context, what the COVID-19 outbreak has done is that it has simply accelerated the process. Kishore Mahbubani, author of Has China Won? The Chinese Challenge to American Primacy aptly puts it in one of his recent interviews.He says that a post-Covid-19 world will see a move away from the US-centric globalization to more China-centric globalization. I would go a bit further and term this Asia-centric globalization. How the outbreak will help accelerate this process is what we need to look into.

To begin with, despite its early missteps, China’s handling of the pandemic was nothing short of heroic. Actions were taken swiftly, lockdowns were put in place and the healthcare system, despite being overwhelmed, successfully coped with the outbreak. The political leadership never appeared to falter and in a matter of just three months, the country was largely able to contain the spread of the virus. China’s success in handling the pandemic reflected how robust and efficient political system is in the country—the same political system that the West was so fond of lambasting. Moreover, at a time when the West, which often spearheaded aid efforts in the aftermath of calamities appeared completely paralyzed, China used the opportunity to engage in strategic diplomacy earning itself some crucial brownie points.

Change is inevitable, hence, a change in the global order is inevitable. However, if one is expecting a swift change, they are in for a disappointment. Students of international relations know that any change in the global order is always gradual. Since the global economy is in tatters, it will take countries, China included, some time to get back to their feet. Reviving an economy requires boosting both supply and demand. With the pandemic hitting incomes and purchasing power of people at home and abroad, the economy might still take to revive despite factories coming into operation.

But even on this matter, the Eastern economies appear ahead. A recent report by McKinsey and Company predicted that it could take the US another three to four years to recover from the economic impact of the virus while for China it projects a much earlier resuscitation time of 2021. Even when the economies revive, the change will come about slowly. For instance, the Eastern countries will gradually have a stronger say in matters of global concern. The West will not be able to go about its way unopposed in all matters.

Economic transactions will be centered more around the East. Who knows, Eastern values might even reign supreme over Western values of materialism, individualism and crony capitalism. It might take a few years or a decade before the world can say that the East is now the new West, but the day will definitely come.

Nepal Is Bearing The Disproportionate Burden Of Climate Change By BHARAT RAJ PAUDYAL 14 hours, 29 minutes ago

Refugees In Nepal: Recognition And Inclusion By Deepesh Das Shrestha 3 days, 9 hours ago

Nepal’s 2022 elections: a step towards democratic consolidation? By Sovit Subedi and Bishnu Adhikari 4 days, 8 hours ago

The Fantasy Of Democracy & Republic Morphing Into Delirium By Kedar Neupane 5 days, 8 hours ago