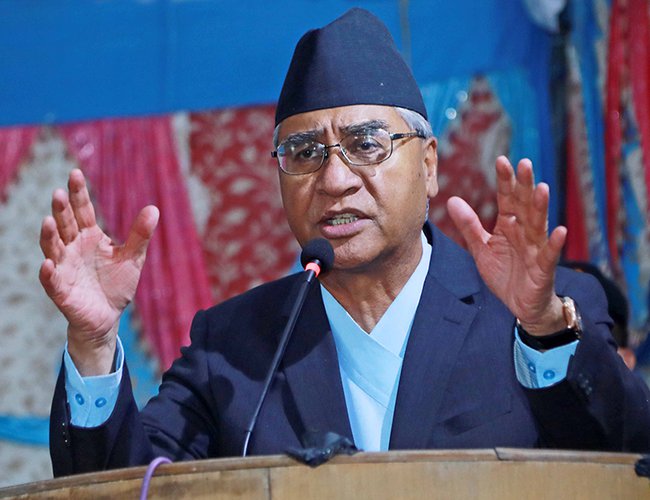 Nepali Congress president and leader of the main opposition party Sher Bahadur Deuba has called a meeting of the three parties representing the House of Representatives for Friday.

He called the meeting Thursday evening. Party’s chief secretary Krishna Prasad Paudel informed that the meeting would be held at party president Deuba´s residence in Budhanilkantha at 3 pm on Friday.

NC leader Deuba invited the leaders of the CPN (Maoist Centre) and the Janata Samajwadi Party-Nepal for the meeting. But he did not invite the leaders of ruling CPN-UML.

Deuba had been hesitating to initiate a process to form a new government citing that the Maoist Centre had not withdrawn its support given to the government and a faction of the Janata Samajwadi Party-Nepal was holding meetings with the government to forge an alliance with the ruling CPN-UML.

The proposed meeting of Friday, if it is attended by the leaders of both factions of the Janata Samajwadi Party, is widely expected to decide the fate of the present government.