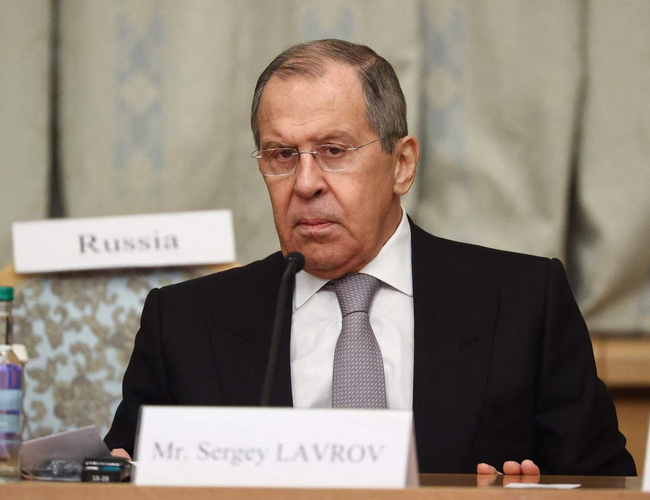 The Russian Foreign Ministry said Friday that it has expelled 10 U.S. diplomats and banned eight high-ranking current and former officials from entering Russia for their "involvement in the implementation of the anti-Russian course."

The measures are a part of a broader retaliatory package approved by President Vladimir Putin, including curbs to its sovereign debt market.

The U.S. announced a raft of sanctions against Russian on Thursday in addition to the expulsion of 10 of its diplomats, saying that its own sanctions were payback for Russia interfering in last year's U.S. election, cyber hacking, bullying Ukraine and other alleged malign actions.

Russia has denied all the U.S. allegations.

"Now is the time for the United States to demonstrate good sense and to turn its back on a confrontational course," the Russian Foreign Ministry said in a statement.

"Otherwise an array of painful decisions for the American side will be implemented."

U.S. President Joe Biden on Thursday proposed a summit with Putin in Europe this summer, saying that he hopes the United States and Russia could launch "a strategic stability dialogue to pursue cooperation in arms control and security."

Relations between Washington and Moscow have been adversarial in recent years. The two are bitterly divided over Ukraine, human rights and cybersecurity issues, and they mutually accuse the other of domestic political interference.

China Commends Nepal's Decision Not To Move Ahead On SPP With U.S.
Jun 24, 2022
Chinese Anti-epidemic Supplies To Be Sent To Nepal: Spokesperson
May 07, 2021
China Pledges To Deepen Anti-pandemic Cooperation With South Asian Countries: Chinese Foreign Minister
Apr 28, 2021
Chinese Survey Team Expected To Reach Summit Of Mt. Everest On May 27
May 26, 2020
Chinese Mt. Everest (Mt. Qomolangma) Remeasuring Team On Route To Peak
May 11, 2020

China Partially Lifts Lockdown In Southern City of Guangzhou After Protests By Agencies 3 days, 10 hours ago

Beijing Grapples With 'Zero-COVID' Unrest By Agencies 5 days, 10 hours ago