With just 139 members in the opposition, the government led by PM KP Sharma Oli does not feel any threat 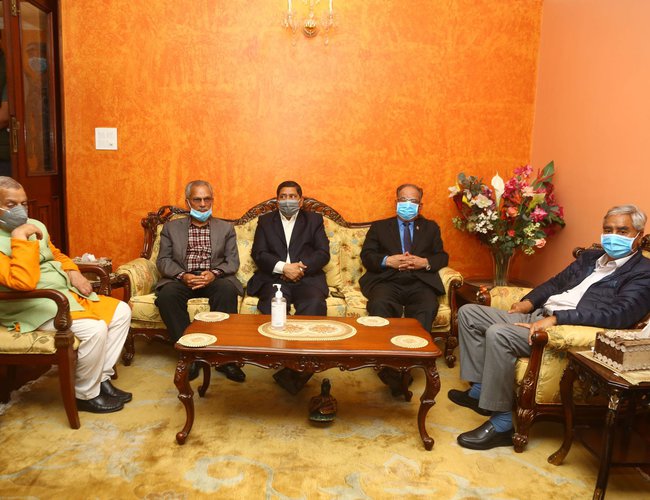 Maoist Center leader Pushpa Kamal Dahal Prachanda has declared recently that the country will see a new government next month. However, his claims do not match with the fact of the numbers of parliament members in the House of Representatives.

"Don't worry, Oli's government will be ousted soon from the post," said Prachanda addressing a meeting. "We, three parties, are forming an alliance to pull down this government. Maoist Center will withdraw its support once we agree to form the government.”

However, pulling down Oli's government is a Herculean task. The number of members of parliament representing the three parties is short by three to four seats. In the House of Representatives, four parties have the following numbers: CPN-UML 121, Maoist 48 (following expulsion of five and one speaker), Nepali Congress 61 (two suspended) and 33 (1 expelled).

Count with this, RPP 1, Nepal Workers and Peasant Party 1, Chakka Lama 1, Nepal People's Forum 1. Along with three parties, there will also be the need to lure independent members.

Looking at the fragile numbers, Nepali Congress President Sher Bahadur Deuba said they don't have formidable numbers of MPs to oust PM Oli. "Although I wanted to oust Oli but my efforts were not succeeding as there was not enough support for the next government. He said he would not make any futile attempt and would not oppose anybody who wanted to become the next prime minister.

"I have not said that I must become the next prime minister, if somebody wants to be the next PM, he or she can try," he added. Deuba said if the current stalemate prolonged there might not be an alternative to elections.

He took a sarcastic jibe at CPN-Maoist Centre Chair Pushpa Kamal Dahal for refusing his offer of premiership after the last general election.

Addressing a program organized by Civil Servants National Association, Deuba said that Dahal learnt a lesson when he was kicked by Prime Minister KP Sharma Oli. He said he tried to make Dahal the prime minister several times, but he did not succeed as he backed Oli.

"Don't you know that we tried to make Dahal the PM several times. He does not take a stance. Now that Oli has kicked him, he has learnt a lesson the bad way,” he said. 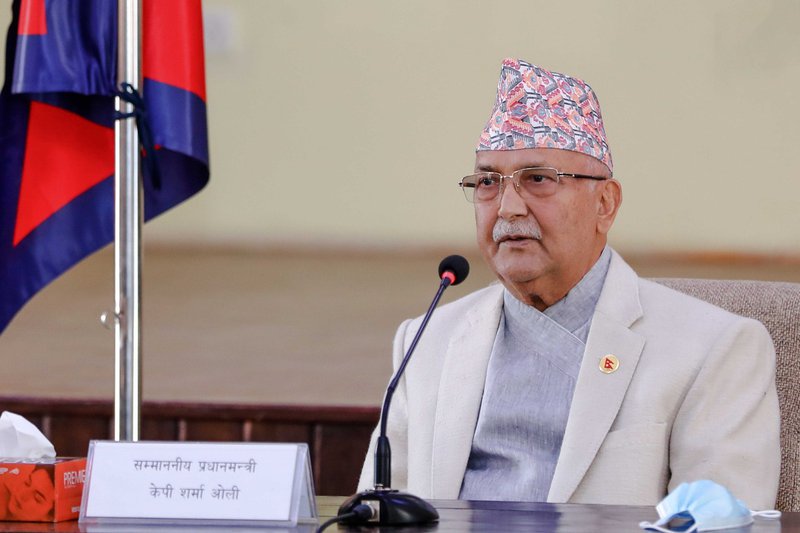 At a time when Maoist leader Prachanda is counting the days of PM Oli, NC leader Deuba has his own perceptions to put forth.

At a time when main opposition Nepali Congress expressed reluctance, the Janata Samajbadi Party-Nepal, which is a key player in the formation of the next government, is yet to decide who to side with -- CPN- UML or the Nepali Congress and the CPN-Maoist Centre.

NC President Sher Bahadur Deuba had held a meeting with the CPN-MC and the JSP-N and asked them to support his party to lead the next government. The party is undecided whether to support Deuba or not.

"Our party had begun discussion on the NC proposal to form the next government and the office bearers would continue dwelling on the issue," said JSP-N leader Keshav Jha.

JSP-N leader Rajendra Mahato said divergent views were expressed in the meeting and hoped that a collective view would emerge soon on who the party should throw its weight behind.

According to inside sources, Mahato and Mahantha Thakur are of the view that government should not be the party's priority. Their main concern is whether their demands are addressed. Upendra Yadav and Baburam Bhattarai, on the other hand, say that the party should be ready to aid the NC and the CPN-MC's effort to form the next government.

"Once the process of forming a new government begins in the HoR, we'll then take a call on whether we should try to form the government under our leadership or some other party's leadership," Mahato added. The JSP-N has been demanding that the government release party lawmaker Resham Lal Chaudhary, who has been indicted in Kailali carnage case.

It has also asked the government to withdraw false cases slapped against its cadres and leaders, amend the constitution to address concerns of Madhesis and marginalized groups and communities, immediately pass the citizenship bill, and make public the Lal Commission report on killings of Madhesis in 2015.

"Our party would withdraw support to the government only after reaching an understanding among the parties that the HoR would not be dissolved before its full five-year term. Oli still wants to dissolve the HoR. Withdrawal of support will give him a pretext to dissolve the HoR," said CPN-MC Chief Whip Dev Prasad Gurung.

As NC president has been expressing skepticism over the numbers, senior leader of Nepali Congress Ramchandra Poudel has said his party will take all necessary steps to overthrow the government. "We will pull down this government at any cost to protect the parliamentary democracy," said Poudel.

Poudel reminded that NC had fought for democracy for seventy years. "Major responsibility at present is to protect the system. For it to happen, concerted efforts are imperative," he emphasized, adding that system was more important than government at present.

As opposition parties are making a strategy to pull down the CPN-UML government led by Oli, CPN senior leader and former Prime Minister Madhav Kumar Nepal viewed that political problems within the party would be resolved through dialogue and by following norms and values.

Groups within the party could be wiped out through talks. "We are ready to resolve party problems by leaving behind bitter experiences in the past,” he said and accused the party leadership of not taking initiatives in this regard.

Nepal's statement indicates that they don't have required members of parliament to split the party and support the opposition to form the government. However, Prime Minister K.P. Sharma Oli has challenged Maoist center to withdraw the support.

"Let the Maoist withdraw the support and we’ll take a decision," said Oli. PM Oli's threat is understandable as he will still lead the minority government as per the constitution.

Given the current political scenario, the impasse will end only calling fresh elections in November or May 2022. Only question now is who will lead the election government.