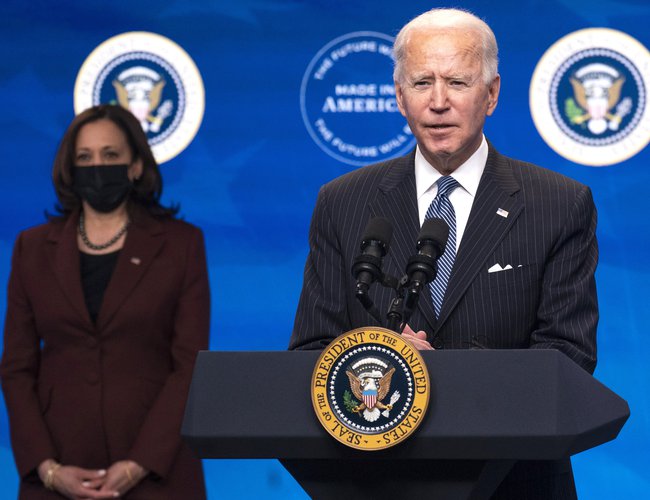 United States President Joe Biden on Thursday reclaimed global leadership on the climate crisis, kicking off the two-day virtual Earth Day Summit with a pledge to halve US emissions by the end of the decade.

“Time is short, but I believe we can do this,” Biden said in his opening remarks. “We will do this.”

The new US commitment, announced by the White House on Thursday – marking Earth Day on April 22 – promises to slash the nation’s carbon emissions by at least 50 percent by 2030 based on 2005 levels.

The aggressive goal set the tone for a summit that gathers leaders from some 40 nations as the coronavirus pandemic rages on several continents along with economic uncertainty.

The purpose of the Earth Day gathering, US officials say, is to highlight the urgency of climate action and underscore the economic benefits to be reaped from investing in renewable energy as well as minimising the catastrophic impacts of global warming.

In addition to the US, officials from a handful of other major emitters are expected to announce new pledges on the road to COP26, the United Nations climate conference in Glasgow, Scotland, scheduled for November.

Following opening remarks by Biden and Vice-President Kamala Harris, UN Secretary-General Antonio Guterres started his address to the gathering by thanking the US for helping the world focus on the “existential threat” of climate change.

“Mother Nature is not waiting,” said Guterres, according to a prepared statement released in advance of his live remarks. “The past decade was the hottest on record. Dangerous greenhouse gases are at levels not seen in three million years.”

The average global temperature has already risen by 1.2 degrees Celsius, leaving little cushion to keep the increase to well below the target of 2 degrees set by the 2015 Paris Agreement on climate.

“We need a green planet,” Guterres told the leaders gathered. “But the world is on red alert. We are at the verge of the abyss.”

Levying a tax on carbon and ending subsidies for fossil fuels are crucial, Guterres said, as heads of state from Brazil, Russia, China and India teed up for their speeches.

With the US — which accounts for some 15 percent of global emissions — back at the negotiating table, Secretary of State Antony Blinken and special climate envoy John Kerry represented Washington at the inaugural session of the summit titled “Raising our Climate Ambition”.

“Five years ago today, I had my granddaughter on my knee in New York [as I] signed the Paris climate agreement,” Secretary Kerry said during a press briefing. “The former president [Donald Trump] decided to pull out, without any scientific evidence.”

“On January 19, we were nowhere,” Kerry added, alluding to the fact that Biden took office January 20. “I’m pleased with where we are now but I’m not sanguine.”

Dozens of leaders from around the world began to share their assessments of climate-related challenges, explaining their ongoing efforts and announcing new steps to meet the call by Guterres to get on track to net-zero emissions by mid-century.

The Biden administration’s fresh commitment for the current decade comes after weeks of pressure by subnational officials, scientists and the private sector.

A statement from the America Is All In coalition said that the US “has taken an important step forward by setting a national climate target”.

“Meeting – and ultimately exceeding – this [nationally determined contribution] goal will create jobs, strengthen our economy, reduce climate-related threats, and support a healthier, more prosperous, and more just future for our country,” it said.

Thunberg keeps up the pressure

While the gathering may press reset on US leadership on climate action, activists are still keeping up the pressure.

In a letter to Vogue magazine on the eve of the summit, Swedish climate activist Greta Thunberg scolded leaders for making “hypothetical” targets without catalysing action.

“We welcome all efforts to safeguard future and present living conditions,” Thunberg wrote. “These targets could be a great start if it wasn’t for the tiny fact that they are full of gaps.”

Thunberg drove home that message in a video released on Thursday lambasting governments for their failures.

Thunberg is also taking part in a US House hearing for the Subcommittee on Environment looking at the prevalence of oil and gas subsidies.

She asked world leaders “to act on the science”, saying the fact that “we are still subsidising fossil fuels, directly or indirectly, with taxpayer money, is a disgrace”.

“My generation will not give up without a fight,” Thunberg added. “How long do you believe that people in power will get away with it? You still have time to do the right thing.” 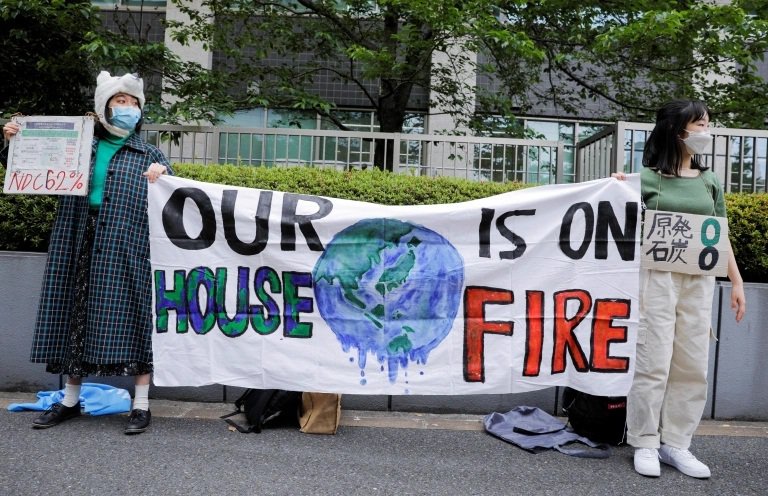 “Significant political will and action are required,” she added. “The world’s richest countries must do more than just halve their emissions by 2030, having profited from extractive and polluting industries leading to the climate crisis.”

Adaptation, resilience and nature-based solutions top the agenda for digital discussions that elevate the voices of ministerial-level officials from countries ranging from Fiji and Thailand to Rwanda and Peru.

Additional speakers at that session are Pope Francis, International Monetary Fund Managing Director Kristalina Georgieva, and World Bank President David Malpass, as well as the presidents of COP25 and COP26.

On the business front, the chief executive officers of Allianz, Bank of America and Citigroup are among the titans of finance whose statements on funding the low-carbon transition are highly anticipated.

And their words come on the heels of significant announcements about heavy hitters of the private sector lining up for climate goals.

On Wednesday, a global consortium launched to bring together business initiatives under the Glasgow Financial Alliance for Net Zero (GFANZ) — led by Mark Carney, the UK’s finance adviser for COP26.

A founding member of GFANZ alongside the $5.7 trillion Net-Zero Asset Owner Alliance is a new group of 43 top banks in the Net-Zero Banking Alliance.

“This is the breakthrough in mainstreaming climate finance the world needs,” said Carney, with an eye towards everything from insurance companies to sovereign wealth and pension funds.

Swiss Re, a reinsurance firm, on Thursday released a report saying that climate change could knock $23 trillion off global wealth if the worst effects are not averted.

The We Mean Business coalition and Ceres, a sustainability non-profit, also released this week an updated letter from 408 businesses and investors — from Amazon to Ford Motor Company and General Motors — indicating their support for the Biden administration’s emissions target.

The Climate Pledge, a list of major corporations committing to net-zero emissions by 2040, grew to 105 signatories on the eve of the summit.

This comes as the Race to Zero — founded last year on World Environment Day — saw its alliance of supporters swell to 3,391 companies, cities, states, regions and universities.

And a group of 101 Nobel Prize laureates from economics, physics, peace and other fields, urged world leaders to take stock of “the great moral issue of our time”.

Their statement urged summit participants: “Act now to avoid a climate catastrophe by stopping the expansion of oil, gas and coal.”