UPPER TRISHULI 3 B Back At Work

Following 14 months of disruption caused by COVID-19 pandemic, the construction work of Upper Trishuli 3 B project has resumed 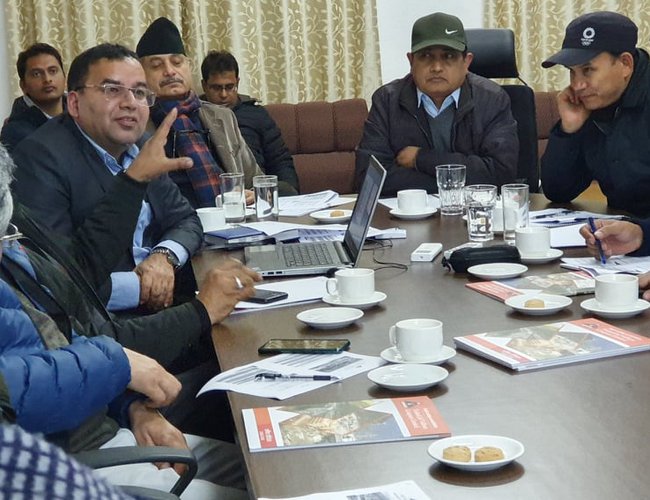 Working quietly and carefully, Mohan Prasad Gautam, Managing Director of Trishuli Jal Vidhyt Company Limited, heaved a sigh of relief this week following the resumption of the project, mobilizing the workers in the project site.

For the past 14 months, managing director Gautam, who also has experience working in Upper Tamakoshi Project, had a very hectic time, spent facilitating and coordinating with different authorities to resume the work which was disrupted due to COVID-1. 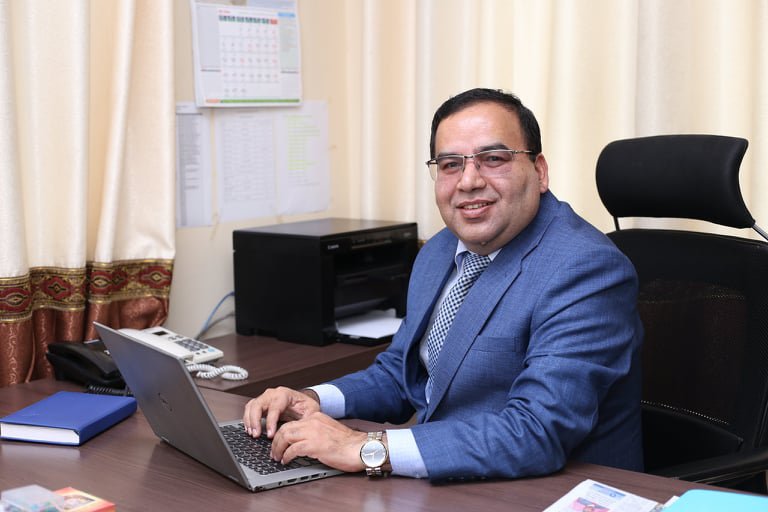 With so many risks involved due to covid-19, MD Gautam had to work very cautiously. In the first few months, Chinese contractors got trapped in China. Following March, the shutdown of air service disrupted work.

Finally, the contractor for the construction work of the Upper Trishuli 3 B hydropower project has resumed work from April 26. Given the growing incidents of COVID-19, the threat still looms large.

The project work stopped after the Chinese workers left for their country in December 2019 to celebrate the Chinese New Year. They did not return to the project due to the surge of coronavirus in China. The project was virtually at a standstill for the 14 months due to covid-19 and stalling of the equipment in the border.

The contract of the project was awarded to Sichuan (AANHE Hydroelectric Engineering of China. Maintaining the strict health protocol, the contractor has resumed its work now in the main tunnel, powerhouse and other structures,” said Mohan Prasad Gautam, managing director of the Trishuli Hydropower Limited project. He said that there are 64 Chinese and 81 Nepalese workers working at the construction site. 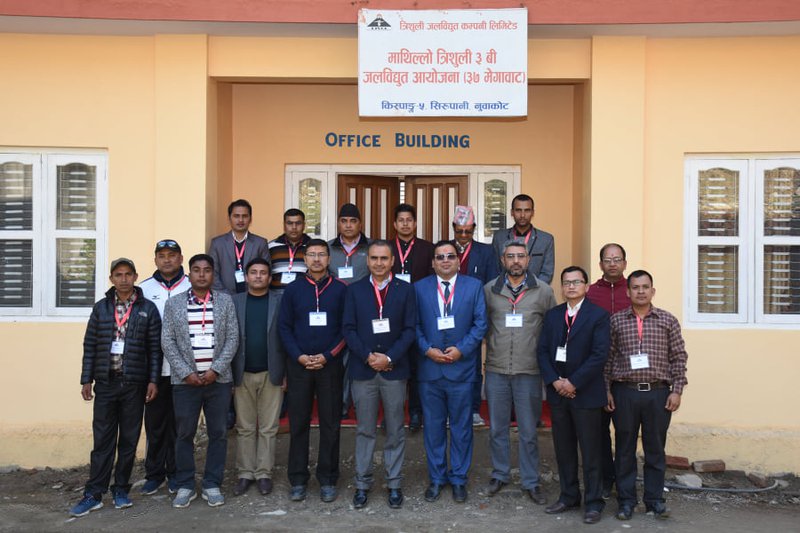 “After continuous efforts effort from our side, we are able to resume the stalled construction work bringing back all the workers,” he said. He also said that the project is facing difficulties to transport the construction equipment and materials, which are purchased and some are in the packaging and production stage, to the project site in Nepal due to the shutdown of the Nepal-China border. If this disruption continues, it will likely affect the resumption of construction work. We have been coordinating with the Ministry of Energy, Water Resources and Irrigation and various offices of the Ministry of Finance. Constructed under the People’s Electricity Program, the 37 MW Upper Trishuli 3 B project situated in Rasuwa and Nuwakot district was started with an aim to complete it by March 2020.

With the disruption in construction for 14 months and inability to work this winter, the project completion date has been postponed to 2023 April. Under the Engineering Procurement and Construction (EPC) model, the Chinese contractor HNHE Hydroelectric and Engineering signed an agreement with the company at the cost of Rs. 1.91 billion (30.19 Million US $) in 2074 Magh 29.

The contractor company is responsible for the construction of all civil, electric and hydro-mechanical work. The company also designs equipment, construction and installation. The physical progress of the project at present is 47 percent.

Prime minister Oli purchased the share during the issuance of 3.7 million shares to the public. Out of a 3.8-kilometer tunnel, a 1.8-kilometer tunnel has already been constructed and the progress work of powerhouse construction and support work has 76 and 35 percent respectively. 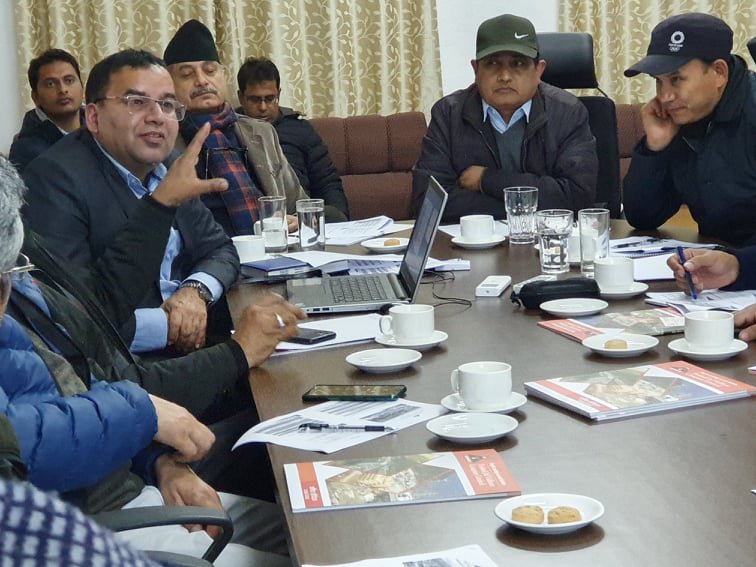 As a cascade project of 60 MW Upper Trishuli 3 A project, there is no need to construct a disorder pond and the gate at the headwork has already been completed. The construction work of the box culvert has already begun.

Nepal Telecom and Nepal Electricity Authority (NEA) have 30/30 promoter shares in Trishuli Hydropower Company Limited. Rural Municipality, Municipality each has 5 percent share, local financial institution of Rasuwa and Nuwakot has 5 percent, and local residents of Rasuwa and Nuwakot have 10 percent, public 15 and employees of NEA and Telecom 5 percent each.

Estimated to cost of Rs.7.44 billion with the projected interest of Rs.780 million, the project’s generation capacity will be 134.8 million units during the winter and 157.7 million units. The power will be evacuated through 3-kilometer long transmission line Trishuli 3 B hub stations. 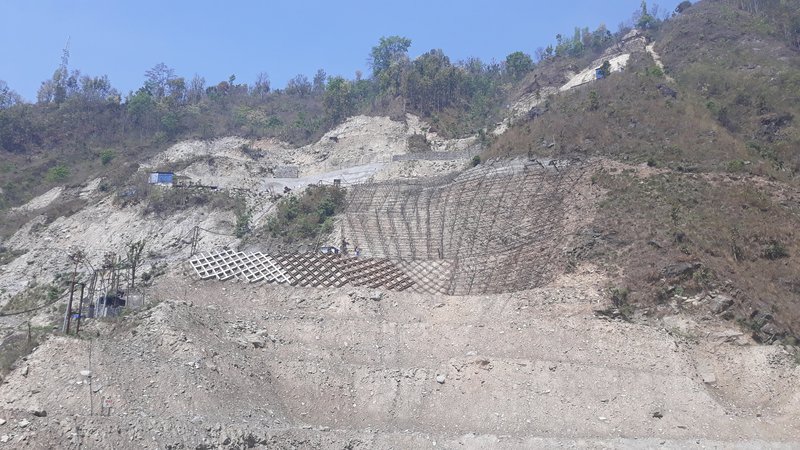 Although MD Gautam has had a sigh of relief now, one cannot rule out the possibility of disruption in the coming days given the second phase of the COVID-19 spike in Nepal.