More Cylinders Will Be Brought From China Via Tatopani Border: Foreign Minister Gyawali

More Cylinders Will Be Brought From China Via Tatopani Border: Foreign Minister Gyawali 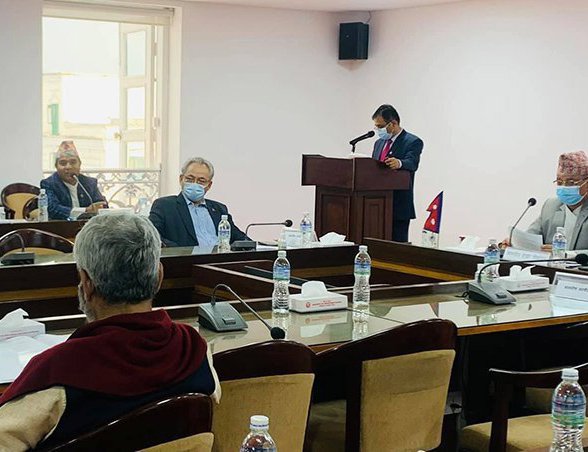 Prime Minister KP Sharma Oli has directed the COVID-19 Crisis Management Committee (CCMC) to function smoothly in the prevention and control of COVID-19 by easing the procedural formalities.

Citing that people were dying young due to the lack of financial resources and procedural formalities, Prime Minister Oli directed the committee to make the COVID-19 response smooth.

Foreign Minister Pradeep Gyawali, who was also present in the meeting, said that CCMC had decided to implement Prime Minister Oli's direction immediately.

"CCMC has decided to provide a discount in electricity use for oxygen industry, give continuity to liquid oxygen being imported from India and increase the procurement of oxygen tanks and cylinders," he said.

He added that the government had already brought 400 cylinders from China and 561 from Oman. "As more cylinders are being brought from China via Tatopani border, the nation will not face a shortage of oxygen now," he said.