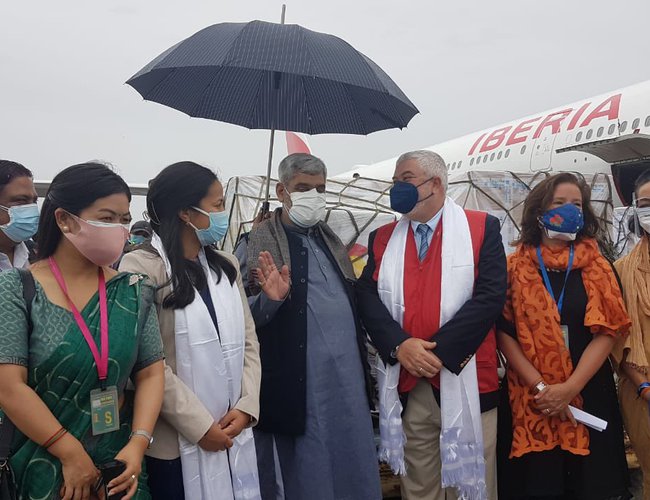 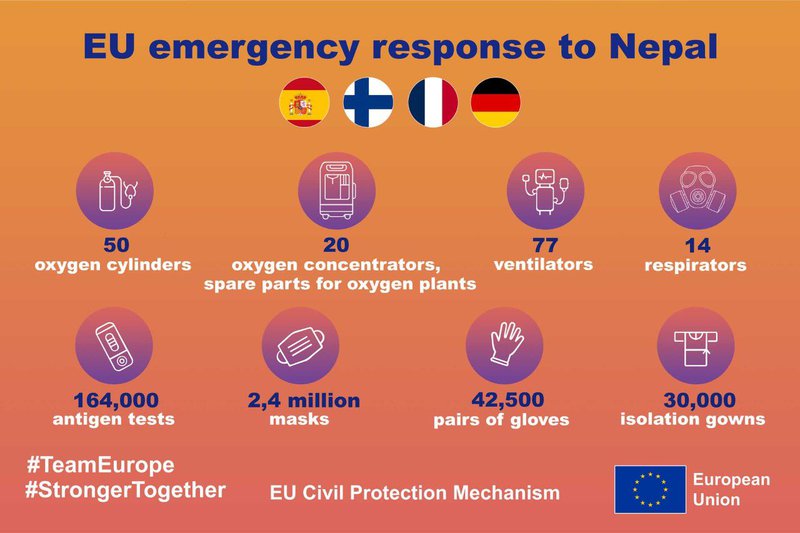 Amid a function at TIA, Magdy Martinez Soliman, Director of the Spanish Agency for International Development Cooperation (AECID), handed over all the equipment to the Minister of Population and Health Rhidayesh Tripathy.

During the program, Nona Deprez, European Union Ambassador to Nepal, Honorary Consul of Spain to Nepal and other officials from the Nepal government were also present.

Minister Gyawali thanked the Government of Spain for its generous support of medical equipment and supplies. He stated that the support received from the friendly Government and people of Spain would be valuable at a time when Nepal is battling the surge of new variants of COVID-19. 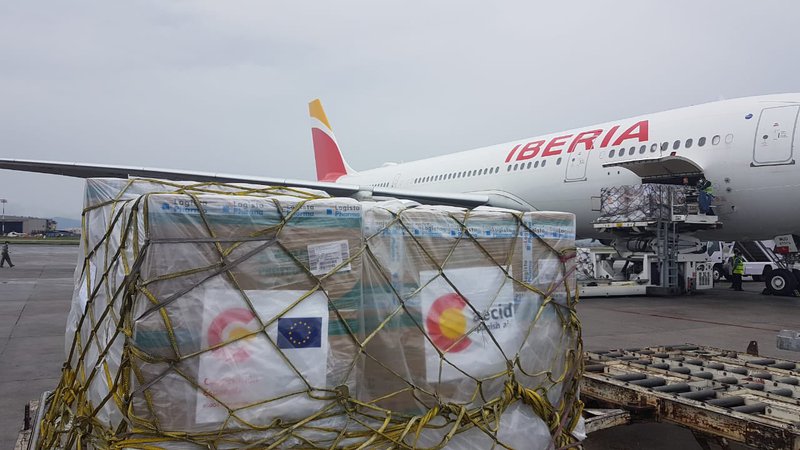 Nepal Has Huge Potential As A Producer Of Green Energy: British Ambassador Pollitt By NEW SPOTLIGHT ONLINE 5 hours, 10 minutes ago