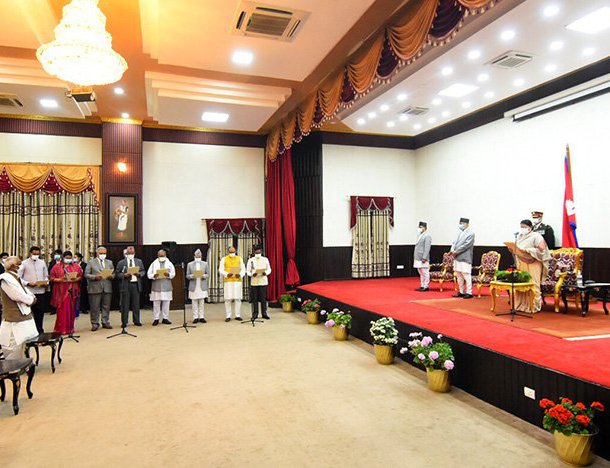 Incumbent ministers Krishna Gopal Shrestha as Education Minister, Basanta Kumar Nembang as Minister for Physical Infrastructure and Transport Management, and Lilanath Shrestha as Minister for Law, Justice and Parliamentary Affairs have continued with their ministerial positions.

It is said that the responsibility of seven ministries will be borne by Prime Minister Oli himself for the time being.

Except for one, all of the newly appointed ministers are from the Janata Samajwadi Party (JSP). 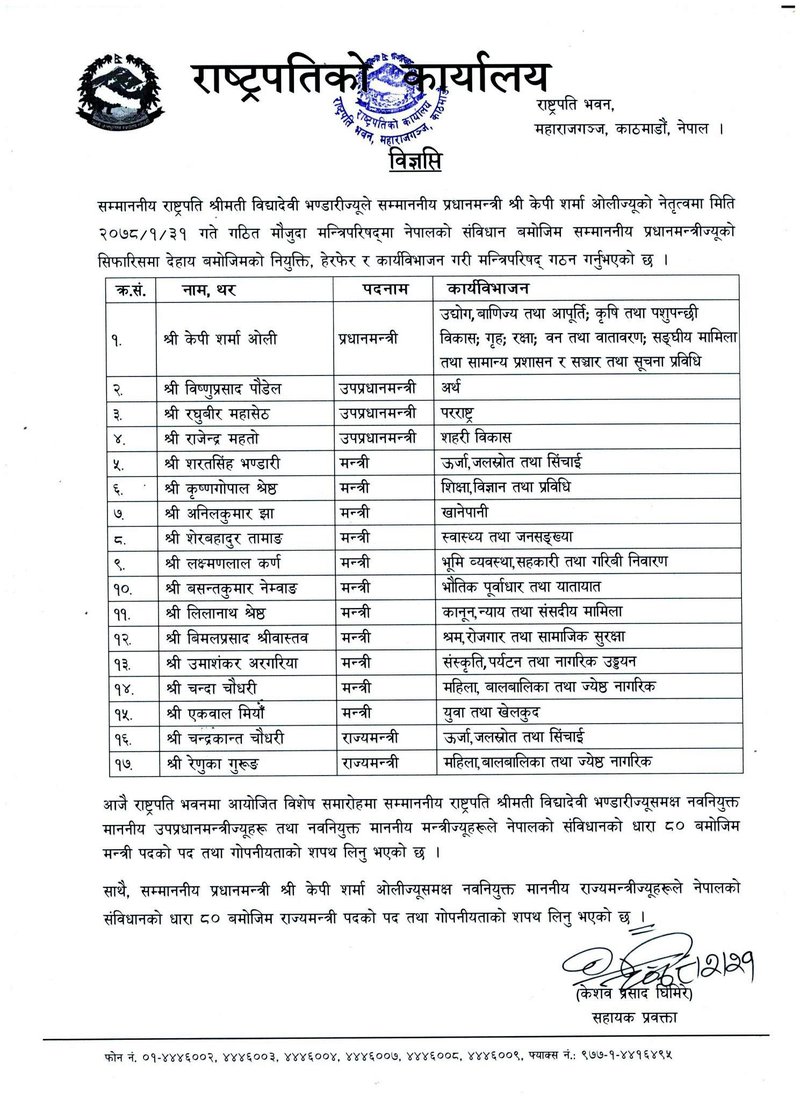