Nepal And India Agree To Collaborate To Fight Against Covid-19

Nepal And India Agree To Collaborate To Fight Against Covid-19 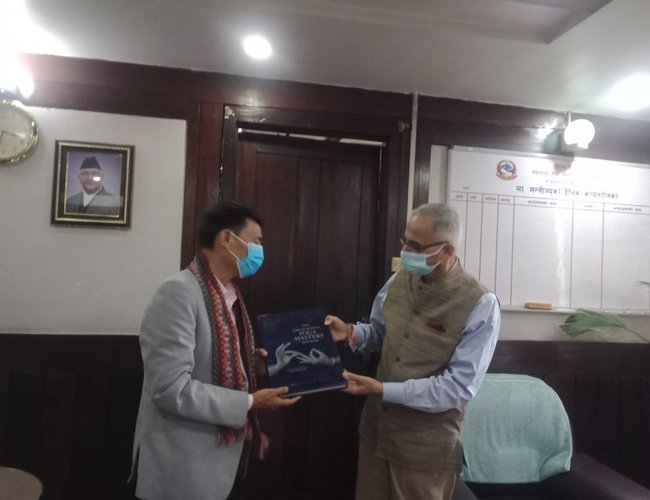 Indian ambassador to Nepal Vinaya Mohan Kwatra paid a courtesy call to Minister of Health and Population Sher Bahadur Tamang at Ministry. During the meeting, Indian ambassador Kwatra and minister Tamang discussed the issues of mutual interest and collaboration between Nepal and India in the health sector. Minister Tamang also thanked India for continual support to Nepal in fighting against Covid-19 despite problems faced by India.

According to a press release issued by the Ministry of Health and Population, minister Tamang had shown special interest in the vaccine purchase agreement and the existing complex and difficult situation in Nepal during the meeting.

16 Day Of Activism Against Gender Based Violence By NEW SPOTLIGHT ONLINE 3 days, 12 hours ago

World AIDS Day 2022: The AIDS Response Is In Danger By NEW SPOTLIGHT ONLINE 4 days, 9 hours ago