Two Chinese And One Indian National Die In Sindhupalchok Floods

Two Chinese And One Indian National Die In Sindhupalchok Floods 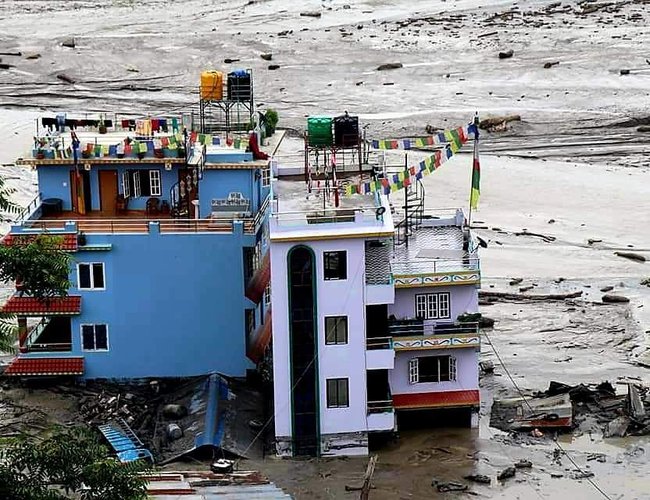 Three foreign nationals have died after they were swept away by flash floods in the Melamchi rivulet and the Indrawati rivulet following incessant rains in Sindhupalchok district. Thirteen persons are still missing in the floods, it is stated.

Seventy-four people who were marooned in the flood have been rescued by the Nepali Army, the armed Police Force and Nepal Police.

Earthquake In Doti: Nepal Army Is In Rescue Operation, 200 Aftershocks So far By NEW SPOTLIGHT ONLINE 2 months, 2 weeks ago

Earthquake In Sudur Paschim: Six killed In Doti By Agencies 2 months, 2 weeks ago