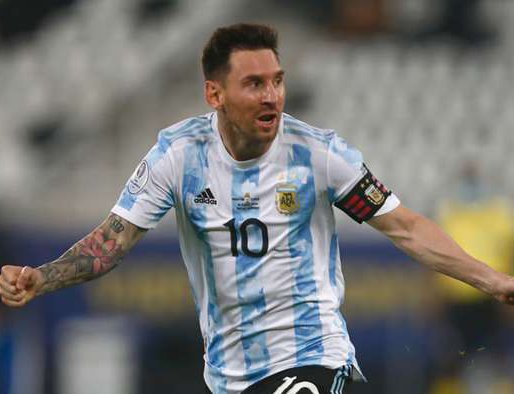 Ever since Diego Maradona passed away last November, the Argentina great has been invoked by grieving fans as a sort of secular proto-saint, with all manner of 'miracles' attributed to his divine intervention from above.

From narrow Boca Juniors victories to the arrival of the latest consignment of Covid-19 vaccines, Diego's tongue-in-cheek responsibility for the feat rarely goes unnoticed on social media.

Brewing giant Quilmes even played up on this phenomenon in an ingenious commercial prepared for the Copa America , where the late idol engineers a nail-biting win over Brazil in the final to seal the trophy and send supporters into ecstasy.

Now, though, as the Albiceleste prepare to kick off their knockout campaign in the competition against Ecuador on Saturday, such an outcome, with or without a heavenly helping hand, does not look so outlandish.

And that change in perception is only partially related to his spiritual heir on the field, Lionel Messi, who fittingly marked his first goal in the 2021 edition with a celebration right out of the Maradona archives.

Messi is crucial to Argentina's chances should they hope to topple the mighty hosts, who booked their own place in the semi-finals against Peru on Friday with a hard-fought 1-0 win over Chile.

He may be temporarily unemployed at club level after his Barcelona contract expired midweek, but Leo is keeping himself busy driving Argentina to an unbeaten start to the Copa. 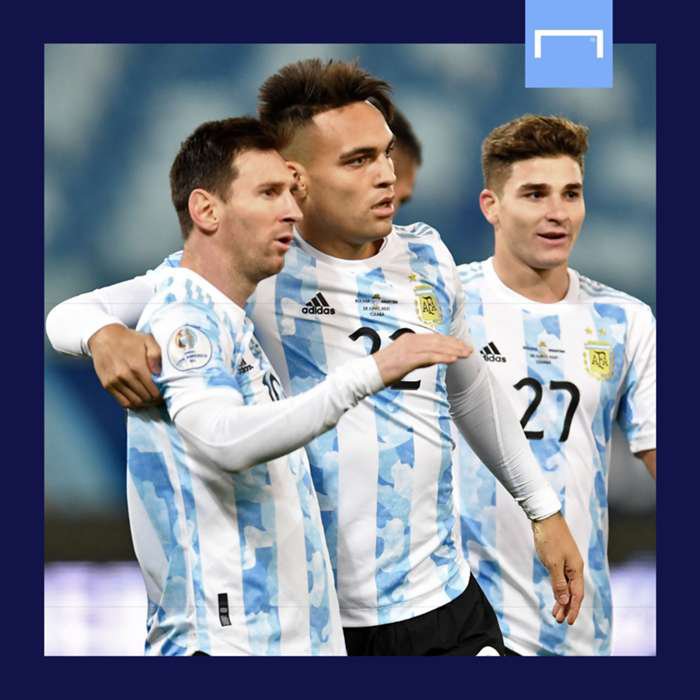 The 34-year-old currently sits as top scorer with three goals, and also boasts another two assists, making him directly involved in 70 per cent of his nation's strikes to date as they finished top of Group A, winning their last three games to qualify with ease after being held by Chile in the tournament opener.

“In this team there is just one player with his place assured and everyone knows who that is, the rest have to earn it,” coach Lionel Scaloni told reporters of Messi, who has played every minute of the Copa so far, prior to their final group stage clash - a 4-1 thrashing of Bolivia with the captain turning in another stellar performance.

“The reality is that Messi has been playing every game and it is very difficult not to pick him, even when he is tired he makes the difference.”

It is no surprise to see Argentina's biggest star step up, especially during the group stages, for which he regularly seems to save some of his best performances. A similar story played out at the 2014 World Cup and the following Copas America, followed by a drop in productivity once the definitive stages begin.

The difference this time, though, is that for once Messi has been able to count on his team-mates to match him on the pitch.

Relatively unknown quantities such as Emi Martinez, Cristian Romero (who is an injury doubt against Ecuador) and Nahuel Molina, who held a grand total of five caps between them going into the Copa and zero prior to 2021, have found the transition to international football effortless, adding much-needed steel at the back which has so often been lacking.

Further up the field, meanwhile, Scaloni is almost spoilt for choice. Tottenham's Gio Lo Celso and Sevilla ace Alejandro Gomez have both made compelling cases for selection thanks to their efforts in Brazil, as have, in lesser measure, the likes of Guido Rodriguez, Angel Di Maria and Exequiel Palacios to put pressure on the coach's initial favourites.

Messi continues to gel in the final third with Lautaro Martinez, who finally snapped a rotten run of luck in front of goal to net against Bolivia seconds after coming off the bench; while Sergio Aguero, even if he is still feeling the effects of almost an entire season without playing, is a luxury option to have in reserve should Argentina need a quick goal or two with time running out.

That group of players achieved the vital first step at the Copa, finishing top of their group and therefore avoiding Brazil until a prospective final. Still, there is a long way to go before they can even begin to think of stepping out at the Estadio Maracana in a week's time.

Ecuador have a woeful Copa America record in recent years but must still be treated with the utmost care, while the ever-dangerous Colombia or Uruguay lie in wait should the Albiceleste advance to the last four.

The biggest barrier to glory nevertheless remains the Selecao, unbeaten in competitive football for three years and a team that seems to churn out wins almost without stepping out of second gear thanks to their enviable strength across the field.

It will not be easy. A spot of cosmic assistance would not go at all amiss should the necessity arise.

But the pessimism that surrounded Argentina before and at the start of the Copa has slowly given way to a more positive vibe, and with Messi conducting a team that looks comfortable together and growing in confidence one might just dare to dream that his long international trophy drought might be coming to an end.